“When he died in 1992, David Wojnarowicz, artist and writer with AIDS, left a body of work about the disease that remains unrivaled for its power and beauty.  On December 1, 2010, the Smithsonian Institution’s National Portrait Gallery in Washington, DC celebrated World AIDS Day by capitulating to the demands of right-wing politicians and an anti-gay religious group and removing David’s volcanic video rant, A Fire in My Belly, from an important exhibition about art and sexual difference, Hide/Seek.  Join us on Sunday, December 5 at 3:00 pm at the location below to plan a response to the Smithsonian’s cowardly act of self-censorship, a kick in the teeth to an important, eloquent artist.” — Hunter Reynolds 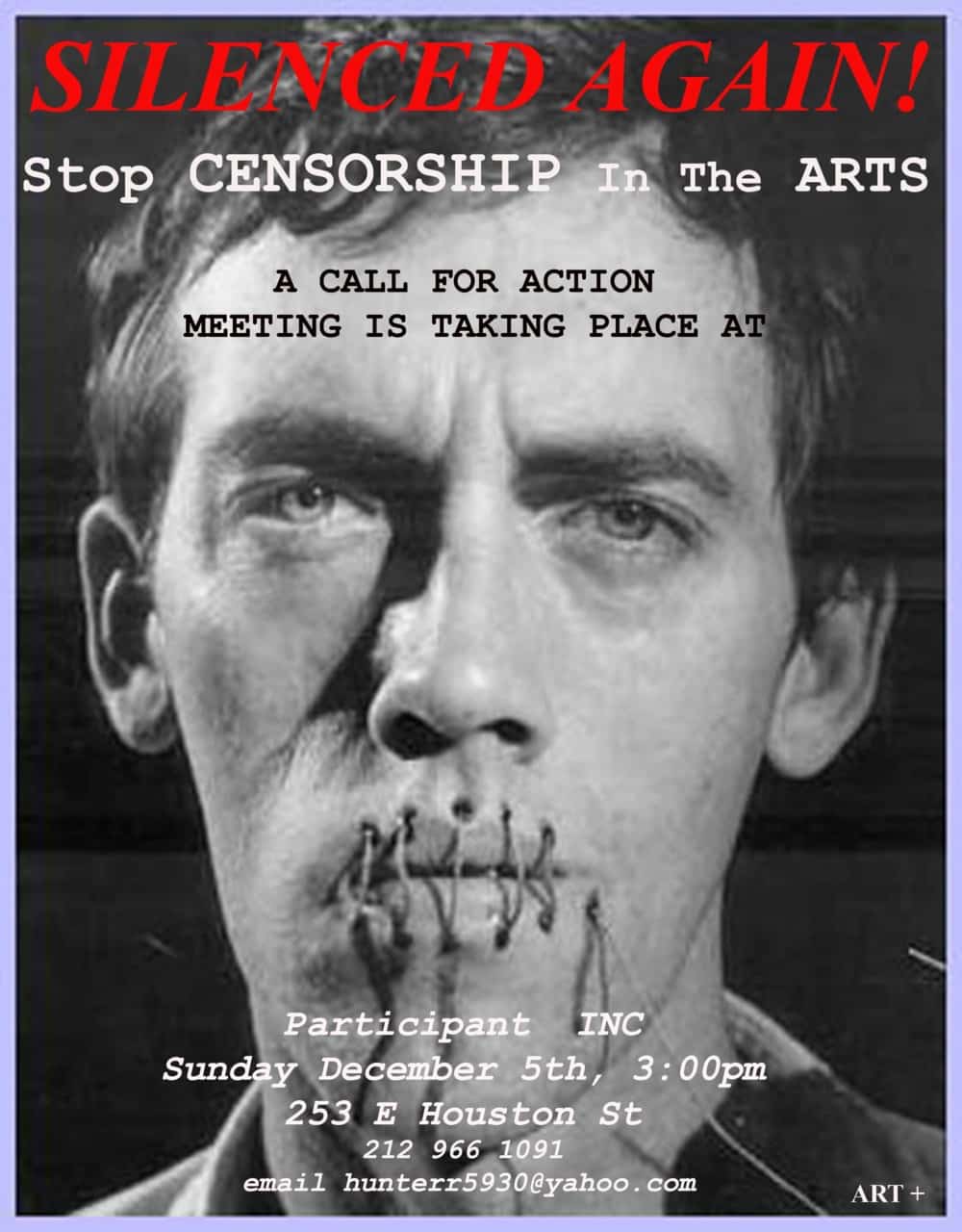