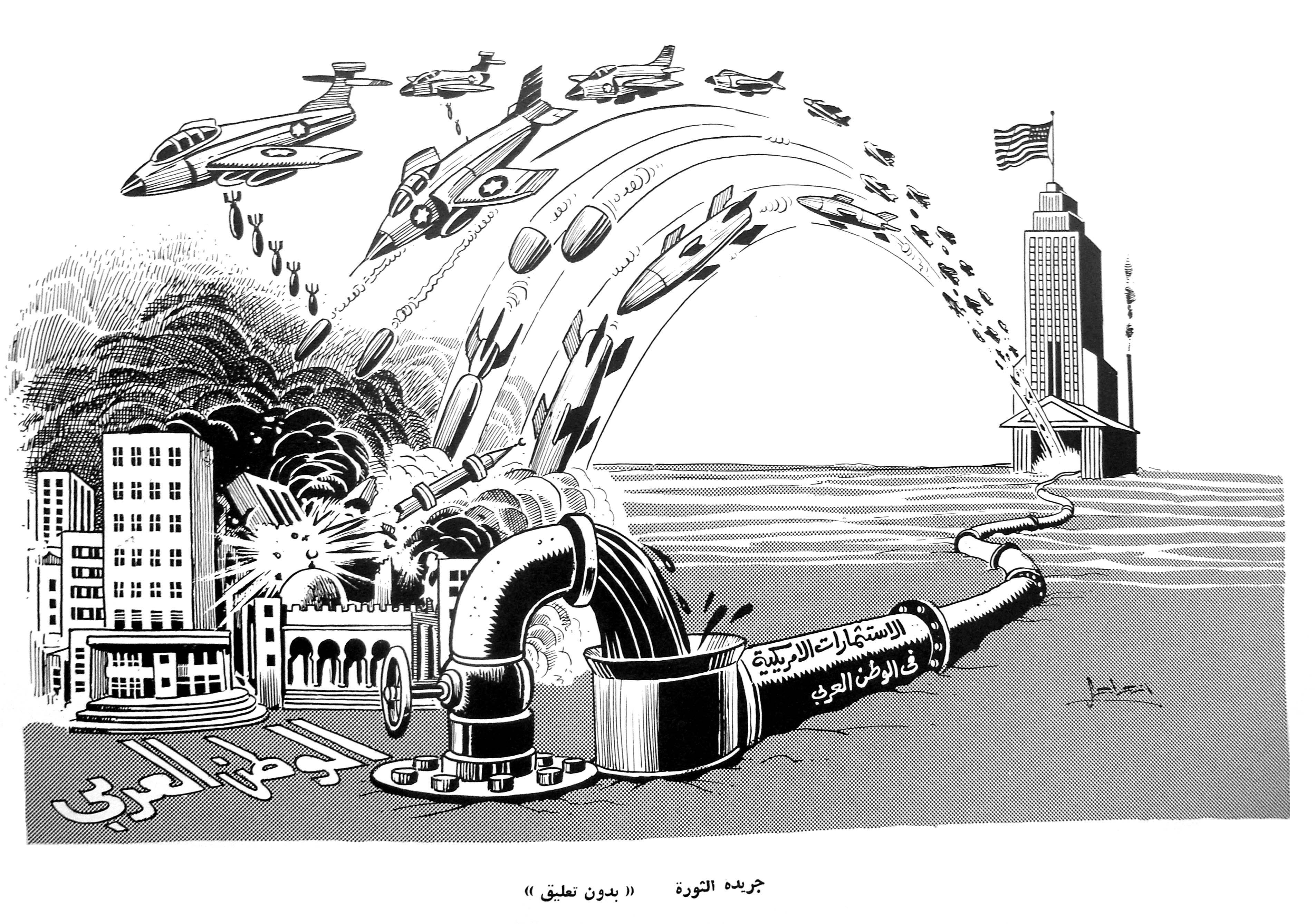 Mohamed Al-Zawawi, born in Benghazi, was a Libyan cartoonist.  He died in Tripoli on 5 June 2011 at the age of 75.  This cartoon was published, untitled, in Al-Thawra (The Revolution), date unknown, the newspaper of the former Libyan government since overthrown by the NATO.