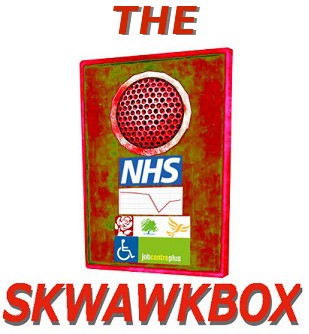 As the SKWAWKBOX examined this morning, Labour spokesman and front-bencher Barry Gardiner has become one of the sensations of the General Election campaign so far, with his charming but emphatic handling of various mainstream media interviewers. 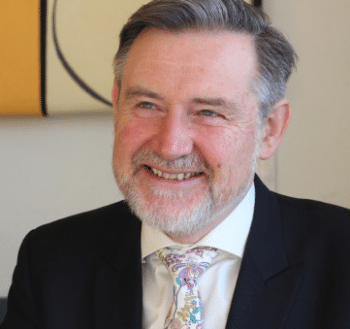 That interest kicked up to another level this morning with his confrontation with the BBC’s Nick Robinson on Radio 4’s Today programme, in which Gardiner shot down the presenter over his habit of cutting across his guests – at least his Labour guests – to answer his own questions. Social media has been buzzing with talk of the ‘man on fire’.

The SKWAWKBOX had the privilege of an exclusive interview this afternoon with Mr Gardiner, who showed that his charm is anything but a façade by generously granting this blog a substantial piece of his hectic day.

The conversation ranged across various trending topics, from Corbyn on defence to Labour’s manifesto, to student funding – and his thoughts on some comments today from one of his recent ‘victims’, Sky’s Adam Boulton, and his Twitter comments on nuclear deterrence.

SKWAWKBOX: Barry, many thanks for making time for this discussion. It appears that you weren’t aware you’ve become something of an internet sensation. How do you feel about trending on social media?

BG: To be honest, it makes me slightly uncomfortable. I’m really not much good at social media. I can do Twitter, but that’s about it – the rest I have to leave up to my staff – and I’m not looking for a spotlight. I like policy and I don’t do politicking. Policy is what I love and we have a fantastic set of policies that need fair coverage. That’s all I’m really interested in.

S: This morning we published, among others, footage of you being very enthusiastic about Labour’s policies and it’s very clear you’re passionate about them. So how did you feel earlier this week when Labour’s draft manifesto was leaked?

BG: Of course it was frustrating. We want to get our message out how we want to do it, not give the Tories extra time to attack it. But I do think that more people paid more attention to it than would have been the case with a normal manifesto launch and if that’s the case then I’m very happy about that.
We’ve got some fantastic policies in there. People are discussing that Labour will spend more on education, restore the cuts to social care that are harming people and overloading our NHS and more.
The manifesto is really exciting because people can see that we’re providing solutions to their real-life problems, the things that people face every day.
Of course, the attacks since it came out have omitted to mention the obvious – that it’s a draft. People are saying that it’s uncosted – well, a lot of it was already costed but the work hadn’t finished on some of the items when that draft was created.
The manifesto is completed now and we’re committed to saying on Tuesday how much every item will cost and how we’ll pay for it – we’re being attacked on cost but it’s a draft. It’s unreasonable to expect an unfinished document to have complete information.

S: Jeremy Corbyn spoke this morning on defence and of course the Tories are now saying he’s a threat to our national security. Boris Johnson said Corbyn had spent his life trying to weaken our national defences and the Conservative twitter account – which has already been caught creating fake news earlier this week – did it again by saying he ‘wants to abolish’ our armed forces. Of course, on social media, there are soldiers and their families already saying that’s nonsense, but what would you say to members of the public who are concerned about trusting their safety to Prime Minister Corbyn

BG: I think the country wants a PM who’s going think very carefully about sending our armed services people into harm’s way – and of course, how we disengage afterward if we do. Even more importantly, they want one who’ll think about how we avoid conflict and solve the poverty, inequality and exploitation that lead to conflict.

That kind of leadership is far better than a Tory ‘gung-ho’ attitude that has led to needless deaths and, for example in Libya, has led to women being sold into enslavement.

Ill-thought out conflict makes us less secure, not more.

Still on the topic of defence, one of your recent victims, [Sky News’] Adam Boulton criticised Corbyn this morning = twice – for not wanting to be the first one to use nuclear weapons. He said that would ‘make Trident useless as a deterrent, which seems a bit odd to say the least. What would you say about that

BG: I think Adam Boulton is confused about the way in which a nuclear arsenal works. The whole point is ‘mutually assured destruction’ – they’re deterred because if they use them on you, you’ll use them back.

First use is abhorrent – you don’t want to be the one who starts a nuclear conflict because if you do you’ll be sentencing millions of innocent people to death, on your own side as well as on theirs.

Adam’s wrong and Jeremy’s right on this one.

S: To change topic, this morning Theresa May was in Blackpool telling her audience that Labour had ‘abandoned’ the working class, who should now switch to supporting the Tories. What would you say to Mrs May and to working class people?

BG: Working class people in this country – millions of them – are having to subsidise their pay packet with benefits because of the Tories. We’re solving that. Raising the minimum wage to £10 an hour, a 17% rise in carer’s allowance.

This is the way we’re rewarding those who work but find it hard to make ends meet. We’re scrapping the 1% pay cap on public sector pay and restoring bursaries for nursing students.

Young people can’t afford to buy a home or start a family. They leave university with debts of £40,000 or more only to find that the well-paid jobs they were promised aren’t there, just zero hours contracts.

These are the issues working class people are facing and the simple fact is that we have the solutions, Theresa May clearly doesn’t.

That’s why she’s conducting such an insulated, tightly-controlled campaign. She’s running scared and she’s frightened to talk to people because she knows she’ll be exposed as having no answers.

This is a government in hiding – they know they have no answers to why these problems exist after seven full years of Tory government.

S: Last question. A lot of people are excited about the manifesto and the prospect of a Labour government that will implement it. But – as you’ve seen and addressed yourself in recent interviews – the mainstream media are doing everything they can to misrepresent it. People want to help – how can they best do it?

BG: There’s lots of talking about voting Labour, but it’s not enough. People need to make sure they get out and actually vote.

People think Labour but sometimes don’t vote Labour – we see it in our canvas returns, where huge numbers of people say they vote Labour but when you look at results clearly many didn’t vote at all.

People supporting Labour in their hearts and heads is not good enough, you’ve got to put that into action and vote. And if people want a change of government, they need to get out now and joining in the work that’s going on now – talk to people, persuade people, motivate people to put in place a Labour government.

S: Barry, you’ve been as brilliant and passionate as we expected. Thanks again for making so much time for this interview.

BG: My pleasure. I’m looking forward to reading about it on the SKWAWKBOX