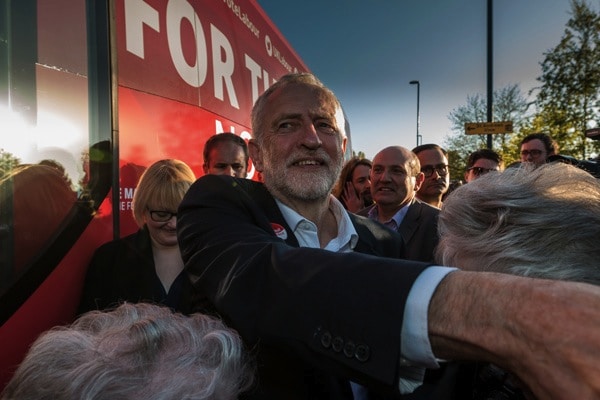 Forget the media and right wing denunciations, there are some excellent promises in the Labour Party’s draft election manifesto.

In the manifesto Labour promises to scrap tuition fees, and plough billions of pounds into education and the NHS.

It promises to raise the minimum wage to £10 an hour and end attacks on benefits claimants. And there are plans to ban fracking and renationalise the rail industry and Royal Mail.

The draft opens with a promise to deliver a “Fairer, more prosperous society for the many, not just the few.”

Its tone matches that of leader Jeremy Corbyn’s campaign speeches—it talks of “re-writing the rules of a rigged system”.

So there are plans, already announced, to tax the richest in society and give more funding to public services.

“Too many cuts have fallen on those with least – and we have seen child poverty rise to over 4 million, homelessness rise, and the queues grow at food banks. This cannot continue,” the manifesto says.

It adds that “the highest 5% of earners will be asked to contribute more in tax to help fund our public services that have suffered at the hands of seven years of Tory austerity.” And it promises to raise corporation tax too.

In a similar vein, Labour’s manifesto promises to target big energy companies with a price cap “to ensure
that the average dual fuel household energy bill remains below £1,000 per year”.

And Labour promises to roll back attacks on workers’ rights by repealing the Trade Union Act and scrapping employment tribunal fees.

On war and military intervention, the manifesto shows a huge break from the dark days of Tony Blair’s invasions of Iraq and Afghanistan. Labour promises to “end support for aggressive wars of intervention.

“The lessons of the past, including those from the Chilcot Inquiry, show us why our response to the questions of global peace and security must be different.” 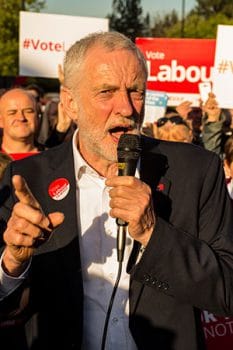 The document criticises Israel for settlement building in the Palestinian West Bank, and says a Labour government would support recognition for Palestine at the United Nations.

And it makes good promises on tackling oppression of women and LGBT+ people. Labour, it says, will defend the right to abortion and extend it to Northern Ireland.

It will also update equality laws to protect trans people, and put crimes against LGBT+ people on a par with racially aggravated offences.

Sections of the media have described the document as Labour’s “most left wing manifesto since 1983”.

Yet much of it wouldn’t have seemed out of place under Labour’s previous leader Ed Miliband. And the manifesto is at pains to appear acceptable to the party’s right, as well as big business.

Its opening sections deal mainly with how Labour will “make Britain a better place to do business”.

Although the manifesto emphasises spending and investment, it promises to “eliminate the current budget deficit within five years”. Similar promises were the backbone of previous Tory chancellor George Osborne’s years of austerity and cuts.

Labour reassures bosses that it will keep corporation tax “among the lowest of the major economies”. And alongside a National Investment Bank, it promises a fund to help businesses that “may struggle with the higher real living wage”.

The manifesto appears to accept that Britain will leave the European Union (EU). But it suggests that Labour will try to ensure as little change as possible take place through leaving.

Promises to protect the rights of workers and EU nationals already living in Britain are very welcome.

But the manifesto also wants to “build a close new relationship with the EU, and keep “the benefits of the single market”, which encourages privatisation.

This disastrous approach will never reverse the party’s rapid decline in Scotland, which began when Labour lined up with the Tories to defend the union in 2014.

There are also some very worrying concessions to the right.

Labour is committed to renewing Trident nuclear weapons—despite Corbyn’s longstanding opposition to them. The manifesto only weakly adds that “any prime minister should be extremely cautious about ordering the use of weapons of mass destruction”.

And although the manifesto promises to abolish income thresholds that stop the families of migrant workers coming to Britain, it suggests new arrivals won’t be allowed to claim benefits.

Even then, there are clearly those on the Labour right trying to sabotage their own party’s manifesto just to attack Corbyn.

Within hours of the manifesto being leaked—before the official document had even been published—the leader of the Welsh Labour party disowned it. 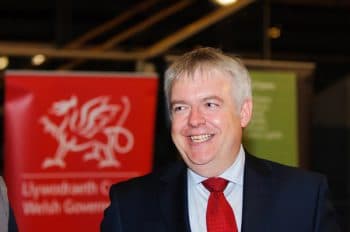 Welsh first minister Carwyn Jones said that “Welsh Labour will be publishing its own distinct manifesto, building on the success of our five pledges for Wales.”

The leak of the manifesto itself seemed to be an attempt by the right to undermine Corbyn’s election campaign. An anonymous “source from the right of the party” attacked the manifesto in the Mirror newspaper.

“All it amounts to is a load of freebies for every special interest group,” they said. “It’s all concern for the ‘feckless poor’ and nothing for the hard-working majority”.

Corbyn was expected to face resistance from the right wing in yesterday’s meeting. He will be under pressure to make more concessions to keep the right on side and make the party seem united.

Delegates from the GMB union in particular were likely to oppose plans to suspend arms sales to Saudi Arabia and ban fracking.

Many on the Labour right will also be unhappy that the manifesto doesn’t promise to end freedom of movement for EU nationals.

But Corbyn’s left wing manifesto points to an alternative for Labour that could help it beat the Tories.