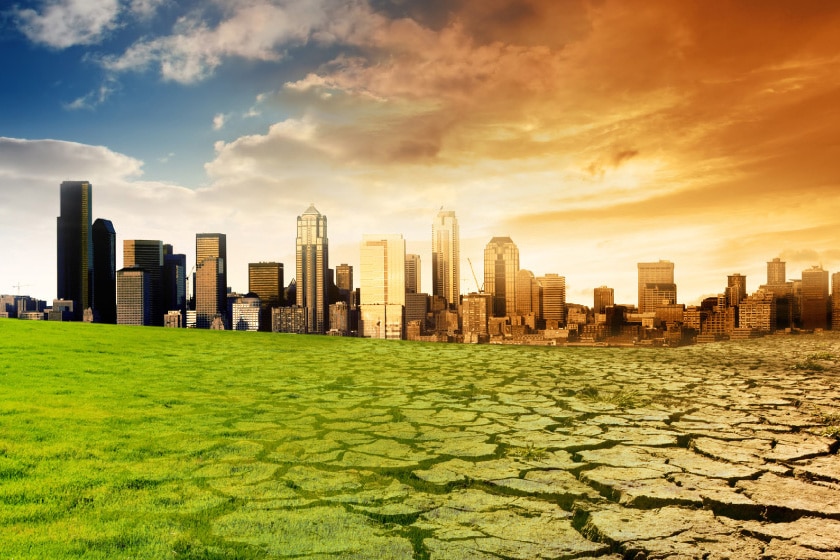 “To deny that the climate crisis is hardwired into capitalism, and that we need a new system to deal with it, is just as misleading and dangerous as to deny the existence of human-induced global warming.” In other words, green capitalism is not a solution. Human-induced global warming is a scientifically demonstrable, existential threat that can’t be successfully addressed within any capitalist framework.

The right critique comes from those with progressive or even socialist sensibilities who respond: Good luck. It is impossible to overthrow capitalism quickly enough to save us from civilization-ending climate catastrophe. We must support the push for green capitalism in order to slow climate change so we have more time to make the necessary structural adjustments.

I agree with Burkett that this is counterproductive for several reasons.

While a rapid socialist transformation is even more unlikely, if physical reality commands that ending capitalism is our only chance of survival, we must try to bring it about.

The left critique, has an Anarchist undertone and posits that while getting rid of capitalism is necessary, it is not sufficient. It points out that Eco-Socialists argue we can save civilization if we re-organize production so that in Burkett’s words “working people and their communities collectively and democratically regulate production and other interactions with their material and social environment.”

The left argument is that feeding, clothing and sheltering a human population that will soon top 10 billion based on mass mechanized production will still generate an unsustainable level of greenhouse gases. This argument states that this manner of production, regardless of whether workers or capitalists control it, is unsustainable. In other words, the problem is not how the factory is organized, but rather the factory itself. The left critique is that we must deindustrialize, decentralize and drastically reduce our population if we are to survive.

Nothing in the Eco-Socialist position would prevent workers from democratically and collectively regulating their production in a manner that would move toward the reductions listed in the last sentence. However, nothing written by Eco-Socialists suggests we would embrace such reductions. Instead, they postulate that we can achieve environmental sustainability once workers are in control, remove the profit motive, and focus on producing only what is needed to meet human needs without the use of fossil fuels. Apparently, they argue that since broader biospheric stability is essential to meeting human needs, that humans, even 10 billion of them, without the profit motive will act as good environmental stewards.

Perhaps that’s correct, but is it anthropocentric wishful thinking? As long as we place ourselves at the center of the ecosystem can we be trusted not to exploit it unsustainably? Rather than an economy built upon socialistic mass production, wouldn’t one based on decentralized, locally-oriented, worker-controlled small scale production, whose main goal is maintaining the environment regardless of human needs, be more sustainable?

Such an economy could never support 10 billion of of us. It might be able to provide for no more than a tenth of that number, but that is probably what the planet’s ecosystem requires.

Of course, rapidly achieving any of these goals seems next to impossible. But, again, political feasibility becomes irrelevant when science teaches us that this is the course human society must follow if we are to survive.