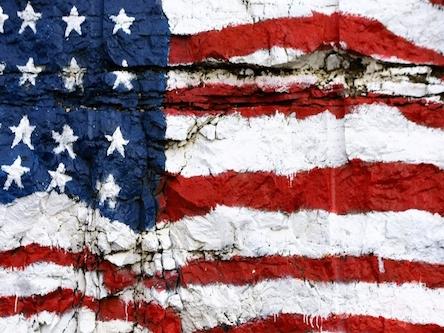 When I was here last year, I spoke a lot about ideology and how the struggle for social transformation in the mainland of imperialism partly depended upon the ideological development of oppressed people trapped within US borders. The 2016 elections were beginning to pick-up momentum, but it was unclear what direction they would go. Fast-forward to the present and, I don’t know about you all, but I am exhausted. The election of Donald Trump has presented both new and old challenges. It has created an almost circus-like political environment with dire consequences for the masses. What precipitated the circus-show is a crisis of governance that has been intentionally misunderstood by US imperialism’s corporately owned media and political elite.

To distort the crisis, a state of anti-Russian madness has been prescribed to medicate political consciousness in rapidly changing times. The rise of China and Russia has exposed the bankruptcy of US imperialism on all fronts. Economic crisis at home and endless war abroad has placed finance and monopoly capital in political disarray. Donald Trump took advantage of the chaos. He spoke about jobs, he spoke about wars, and he spoke to the growing insecurities of white Americans of working and middle class status who no longer can rely on the wages of whiteness for guaranteed prosperity. The duopoly and its capitalist masters had no one to offer, indeed nothing to offer, so Trump rode in on his orange horse to become the head of state of imperialism.

“The rise of China and Russia has exposed the bankruptcy of US imperialism on all fronts.”

The ruling class does not want people in the United States to understand the context of the Trump Presidency. It has reapplied Cold War fears with Russia as the prime target. Russia’s geopolitical moves away from imperialism have been deemed just as criminal as China’s economic supremacy. The US does not depend as much on Russia in the economic sense, but it trembles in fear at the prospect of growing Russian economic activity across Eurasia. Yet, provoking Russia militarily will lead to World War. This is a risk the ruling class appears willing to take as the anti-Russia narrative in the US has only intensified since Hillary Clinton made the erroneous claim of Russian interference in the 2016 elections.

According to the US ruling class and its “intelligence officials,” Russia promotes “fakes news” to assist Donald Trump. Russian President Vladimir Putin lurks in our social media, and is hacking his way through algorithms to smear the US political system. Russia is infecting minds with its Russia Today “propaganda” arm. The Ruskies have no regard for the damage they have caused to so-called US democracy. Putin wants total control of the US and will wield his most talented social media users to get the job done. This is what the corporate media sounds like these days.

“The U.S. trembles in fear at the prospect of growing Russian economic activity across Eurasia.”

Of course, the US ruling class doesn’t want to talk about how US intelligence already collects the numbers, emails, and calls of every single person in the world who uses a cell phone or computer. They don’t want to tell you about how the US has interfered in every election in Russia since the Soviet Union fell, or how it has led bloody proxy wars and coups in over fifty countries in as many years. They don’t want to discuss how Russia has absolutely nothing to do with the millions of incarcerated people in the US or the fact that it is the US monopoly capitalist economy, not the emerging capitalist economy of Russia, which has automated many of the jobs and siphoned much of the wealth that once belonged to a privileged sector of US workers. No, it would rather attention be placed on the Russian boogeyman.

Anti-Russian hysteria doesn’t just distract the broad masses of people from the legitimate causes of the conditions afflicting the working and unemployed. It feeds into an atmosphere of war that strikes the very roots of the US social order. Imperialism is the rule of monopoly and finance capital. This system has run its course. It cannot hold onto political legitimacy any more than it can spur economic development beyond the meager 1 to 2 percent growth calculated year after year. In a sense, war is all the system has left. And war is exactly what the ruling class will get, with or without Trump.

“They don’t want to tell you about how the US has interfered in every election in Russia since the Soviet Union fell, or how it has led bloody proxy wars and coups in over fifty countries in as many years.”

War with Russia is today’s clarion call for “American unity.” In times of crisis, the US imperial state has relied on war to bring political and economic relief from domestic crisis. Every major US-led war has in part been waged for this purpose. What differs now is that war with Russia could bring about the destruction of humanity. Scientists have confirmed that nuclear war could make the planet uninhabitable.

What is also different about this current war drive with Russia is how it marks the historical conclusion of the current stage in the world imperialist order. When the US threatened nuclear war with the atomic bombing of Japan in 1945 and the Cuban missile crisis almost two decades later, the world was in the midst of a transition from Western monopoly capitalism to proletarian socialism. Revolutions in Vietnam, Cuba, and the Soviet Union, to name a few, threatened to undo the very notion of private property. And while US and Western backlash nearly eliminated the socialist bloc by 1991, the imperialist order entered a transition stage of its own that some call “neo-liberalism.”

Neo-liberalism has greatly expanded the reach of capitalism’s tentacles and widened the impact of capitalist crisis since its inception in the late 1970s. Neo-liberalism has unleashed unfettered capitalist production by imposing economic stagnation on participating countries. Meanwhile, China’s socialist model has paved a different path, one marked by unprecedented growth and poverty reduction. China has understandably attracted underdeveloped nations so desperately seeking to escape from the clutches of neo-colonial impoverishment. Russia has grown close to China, providing both countries with much assistance in the way of constructing a multi-polar economic arrangement based on the principles of sovereignty and mutually beneficial cooperation. According to the logic of neo-liberal capital, only war with Russia and China can save the system from itself.

“War with Russia could bring about the destruction of humanity.”

This conclusion stems from the fact that neo-liberal capital is not growing, it is contracting. Eighty-percent of workers are near-poor in the US while six mega billionaires hold ownership of over half of the planet’s wealth. Concentrated profit does not mean that all is well with the ruling class. Internal contradictions are eating the capitalist system alive. Neither finance capital nor its monopoly investors can arrest the resultant decline. The growth of technology to speed up production and profit has left millions stuck in permanent unemployment. A high-tech system of production is an expensive system of production, requiring lower wages and debt to absorb the falling rate of profit. Global overproduction has thus developed alongside mass misery.

Such conditions are at the root of mass incarceration, where millions of mostly Black and poor workers are warehoused in cages because there is nothing on the outside that the system can offer. They are also the root of mass surveillance, as the system must keep tabs on an increasingly restless population and justify infringements on civil liberties as necessary counter-terror measures. The War on Terror and Drugs have been prerequisites toward keeping the population scared and its attention away from the US capitalist overlords who fund and support drug trafficking and terrorism for political gain. And when all else fails, blame Russia.

“The system must keep tabs on an increasingly restless population and justify infringements on civil liberties as necessary counter-terror measures.”

For most, this explanation is understandably too broad to inform individual political energy. Liberal thought and action thus becomes attractive because it hides behind the cloak of the possible and pragmatic. It is easier to think in terms of electoral politics than in global struggle. It is far more simple to advocate for a cooperative economy or universal basic income without spelling out the broad context that prevents their formation. In order for any material victories to be won on a mass scale, the victors must understand the world in which they fight.

“A movement for social transformation in the US has still yet to be born.”

Conscious struggle has brought about meaningful and deep changes in recent years. Mumia Abu-Jamal is now receiving Hep-C treatment after years of struggle with the State of Pennsylvania. The release of Chelsea Manning and Oscar Rivera Lopez also come to mind. Solidarity with Cuba freed the Cuban 5 and has given the socialist nation more opportunities to develop its economy. But these victories have come in the midst of great cost. A movement for social transformation in the US has still yet to be born, as the presence of dozens of political prisoners and the ongoing US blockade against Cuba reminds us.

Not once did I mention the Democratic or Republican Party. Both parties have done their part to create the crisis before us. A rejection of the two-parties means an embrace of the struggle against imperialism worldwide. It means that the nations with US targets on their backs should be seen as potential allies. Yes, this includes Russia. And Syria. It includes the left movements in Latin America. In the spirit of Malcolm X, the Black liberation movement, and the historic anti-imperialist struggle around the world, the time has come to search for real bonds of solidarity around the world to aid in the struggle against white supremacy, capitalism, and empire in the US and the West. Let no one, not even those who call themselves “the left,” tell you otherwise.

Danny Haiphong is an Asian activist and political analyst in the Boston area. He canbereachedatwakeupriseup1990@gmail.com