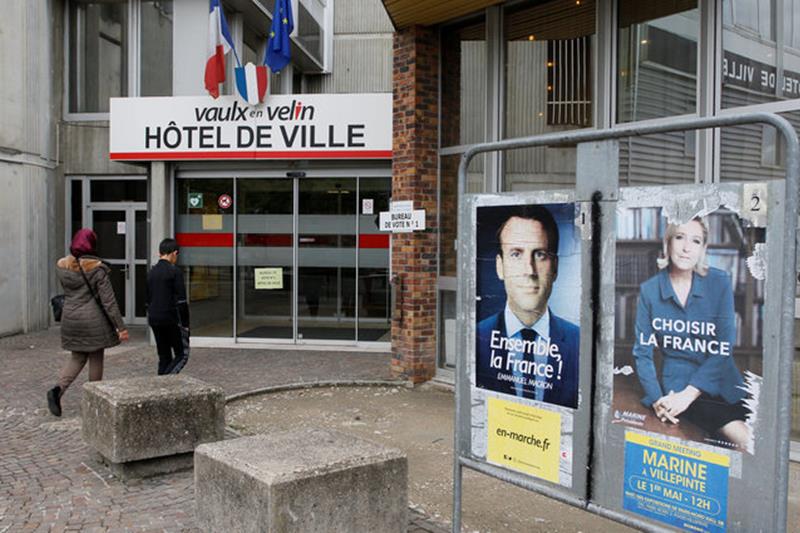 Translated from the French by James Membrez. —Eds.

Multiparty electoral democracy, jewel of democratic modernity in Europe and the United States, is corrupt and in decline. The dictatorship of monopoly-finance capital has visibly eliminated the scope and meaning of elections. France already experienced this several years ago when the French people rejected the proposed European constitution by referendum. That did not prevent the government and the parliament from adopting it soon after! The lesson the French people drew from that experience was quite simply that since the vote had lost its decisive significance, it was no longer worthwhile to bother voting. The April 2017 presidential elections and the two rounds of the parliamentary elections on June 11 and 18 clearly show that. Abstentions now border on 60% of the electorate! This has never been seen before in the history of Western democracy. In these conditions, although Macron was elected president and he has a comfortable absolute majority in the new parliament, the actual vote in his favor does not exceed 16% of French citizens, mainly from among the middle classes and business owners–a social context that is naturally “pro-capitalist” and socially reactionary. It certainly does not represent a “landslide victory” as the dominant media would have it. If something similar had happened in Russia, Iran, or any country in the South, the Western media would not hesitate to denounce the farce. But they are careful not to say too much when it involves a Western “democracy,” in this case France.

This electoral farce is the predictable result of the continual and unprecedented dictatorship of the financial monopolies over the last three decades, hidden behind the deceptive appearance of the “objective requirements of the laws of the market.” This dictatorship has seized direct political power and social democracy’s adherence to the rhetoric and requirements of economic neoliberalism has de facto resulted in the empowerment of a “single party,” specifically one that serves the small minority of the “very wealthy.” There is no longer any difference in practice between governments of the traditional right and those of the electoral left, traditionally represented by the socialists. This form of the single party–that of the “neo-cons” in the United States–now regulates “political life,” or more accurately “depoliticized life,” in the European and North American West.

There is no reason to be delighted with this grim farce. “Electoral democracy’s” loss of legitimacy is not leading to the formulation of an inventive alternative consisting of new and more advanced forms of real democracy. It is the same in the West as in the countries of the South. The people note the deviation from the high-flown rhetoric, but ultimately also accept its consequences, specifically, “moving backwards” at top speed. For France, like the other countries of the imperialist center, its position in the world system procures advantages for a large majority of its population. Such advantages probably are behind the passive “support” for market liberalism.

Yet, the future remains open. In France, the electoral farce of “République en marche!” (which may be translated as “Republic Onwards!” or “Onwards Republic!”) does not meet any expectations of the vast majority of citizens and workers. The expected support of the right to the project of the alleged “center” will quickly reveal Macron’s true face: a man of the right serving financial capital and neoliberal policies, and nothing else. On the other hand, social struggles, strengthened by the emergence of the political force represented by “La France insoumise” (which may be translated as “Defiant France” or “Unsubmissive France” or “Untamed France”), will probably increase. The false “Macron landslide,” vaunted by the media, though without any foundation in reality, may be short lived. Nevertheless, it must be noted that the experience of the last three decades has clearly demonstrated that social struggles in and of themselves are not sufficient to stop the drift to the right and re-establish a dynamic of social advances. That requires going beyond defensive strategies and creating a positive alternative project that is authentically social and democratic. A project of this type will, by necessity, have to place itself within a broader and longer perspective, one that challenges the imperialist world system and the Atlanticist European sub-system that supports it. The conditions of emergence for views of this magnitude and accompanying strategies of action will have to be revitalized and should be at the center of debate and discussion on the radical left, in France and elsewhere in Europe and the world.