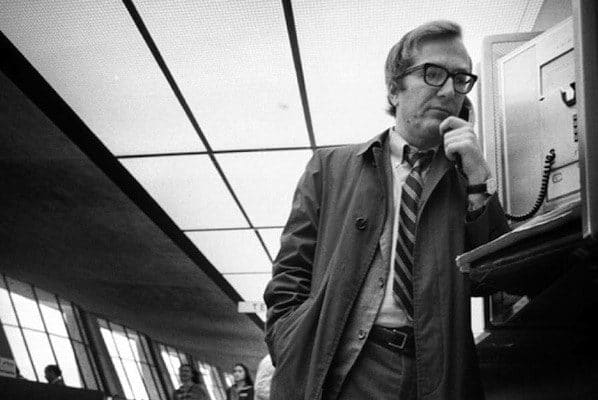 There has been much disingenuous criticism of those, like me, who question why the western corporate media have studiously ignored the latest investigation by renowned journalist Seymour Hersh on Syria. Hersh had to publish his piece in a German newspaper, Welt am Sonntag, after the entire US and UK media rejected his article. There has still been no mention of his investigation more than a week later.

Those who support, either explicitly or implicitly, the meddling in Syria’s affairs by hostile foreign powers are, of course, delighted that Hersh’s revelations are being kept out of the spotlight. They don’t want every side heard, only their side. And those of us who expect all the evidence to be aired, so we aren’t corralled into yet another disastrous “intervention” in the Middle East, are being mischievously denounced as Assad loyalists.

A good example of this kind of wilful misrepresentation is by Brian Whitaker, the Guardian’s former Middle East editor. In a recent blog post, he has accused me and Media Lens, among others, of being “loyal supporters of Hersh” – and by insinuation, of Syrian leader Bashar Assad – of being “sarin denialists”, and of demonstrating blatant hypocrisy in approving Hersh’s use of anonymous sources when we oppose reliance on such sources by other journalists.

Before I address these criticisms, let’s briefly recap on what Hersh’s investigation found.

His sources in the US intelligence establishment have countered an official narrative – spread by western governments and the corporate media – that assumes Assad was behind a chemical weapons attack on the town of Khan Sheikhoun on April 4. Hersh’s account suggests that Syria used a conventional bomb to hit a jihadist meeting in the town, triggering secondary explosions in a storage depot containing pesticides, fertilisers and chlorine-based decontaminants. A toxic cloud was created that caused symptoms similar to sarin for those nearby.

Trump was so convinced that Assad had used sarin in Khan Sheikhoun that he violated international law and fired 59 Tomahawk missiles at a Syrian airbase as punishment, even though, according to Hersh, his own intelligence community disputed that this is what had happened. Given that Vladimir Putin is closely allied with Assad, the move had the potential to drag Russia into a dangerous confrontation with the US.

Loyal only to fair debate

So let me address Whitaker’s allegations.

1. Neither I nor Media Lens are “loyal supporters” of Hersh – or Assad. Whitaker is projecting. He has chosen a side in Syria – that of what he simplistically terms the “rebels”, now dominated by Al-Qaeda affiliates and ISIS, backed by an unholy alliance of Saudi Arabia, the US, Europe, Israel and Turkey. But not everyone who opposes the Islamic extremists, or Whitaker’s group of western interventionists, has therefore chosen Assad’s side.

One can choose the side of international law and respect for the sovereignty of nation-states, and object to states fomenting proxy wars to destabilise and destroy other regimes.

More than that, one can choose to maintain a critical distance and, based on experience, remain extremely wary of official and self-serving narratives promoted by the world’s most powerful states. Some of us think there are lessons to be learnt from the lies we were told about WMD in Iraq, or a supposedly imminent massacre by Libya’s Muammar Gaddafi in Benghazi.

These examples of deception should be remembered when we try to assess how probable is the story that Assad wanted to invite yet more destructive interference in his country from foreign powers by gassing his own people – and to no obvious strategic or military advantage. Fool me once, shame on you. Fool me three times, I should just admit I am a gullible fool.

I and Media Lens (if I may presume to speak on their behalf as a longtime follower) are not arguing that Hersh’s account must be right. Just that it deserves attention, and that it should be part of the media / public discourse. What concerns us is the inadmissibility of relevant information to the public realm, and concerted efforts to stifle debate. Manufactured groupthink, it has been repeatedly shown, works to the benefit of the powerful, those promoting the destructive interests of a now-global military-industrial complex.

Whitaker and the interventionists want only the official narrative allowed, the one that serves their murky political agenda; we want countervailing voices heard too. That doesn’t make us anyone’s loyalists. It makes us loyal only to the search for transparency and truth.

2. Whitaker suggests that I and Media Lens have ascribed the failure by the corporate media to report on Hersh’s investigation to a “conspiracy”. He argues instead that Hersh has been ignored because “editors found [his recent Syria] articles flaky”.

Neither I nor Media Lens, of course, are claiming the corporate media’s decision is a conspiracy. Like most mainstream journalists, Whitaker shows how ignorant he is of the most famous critique of his own profession: Noam Chomsky and Ed Herman’s Propaganda Model. That posits not a conspiracy of journalists but structural factors that make a corporate-owned media, one dependent on corporate advertising, incapable of allowing any meaningful pluralism of the kind that might threaten its own core interests. That is no more to state a conspiracy than it would be to argue that corporations are driven by profit. It is simply to recognise the nature of the beast.

Aside from that, Whitaker treats Hersh as though he is a one-off, a lone, non-credible voice with a hidden pro-Assad agenda, using anonymous sources in the US intelligence world, presumably with the same hidden agenda. Those like me who want Hersh’s account visible are dismissed as “sarin denialists”, partisans so blinded by our secret love of Assad that we refuse to admit the evidence staring us in the face.

But Whitaker is mischaracterising the evidence. The doubts raised by Hersh’s investigation have been shared by former senior intelligence and security officials, such as Lawrence Wilkerson, Philip Giraldi and Ray McGovern, as well as journalists with extensive contacts in the intelligence field, such Robert Parry and Gareth Porter.

Concerns with the official narrative have also been raised by undoubted experts on ballistic and chemical weapons issues, such as Ted Postol and Scott Ritter. They doubt a sarin attack by Assad’s forces took place, based on technical matters they are well-placed to judge.

Remember it was Ritter, a weapons inspector in Iraq, who warned that Saddam Hussein had no WMDs as the US and UK were making precisely the opposite, mendacious case for war. Ritter’s voice was excluded from the corporate media in 2002-03, precisely when it might have pulled the rug from under those in the political and media establishments cheering on the disastrous US-UK invasion of Iraq.

Whitaker and the interventionists argue, apparently with a straight face, that this time the corporate media are silencing Hersh only because of a supposed “flakiness” in his journalism. So how do they explain the fact that in 2002-03 the same media silenced experts like Ritter and Hans Blix, former head of the UN agency monitoring Iraq’s weapons programme, while aggressively promoting entirely flaky individuals like the supposed Iraqi “opposition leader” Ahmed Chalabi? If the media considered Ritter and Blix, but not Chalabi, as flaky in the run-up to the illegal Iraq invasion, maybe it’s time for Whitaker and editors like him to reassess the meaning of “flaky”.

No hypocrisy over sources

3. Finally, what of the claim that it is hypocritical to allow Hersh his anonymous sources when we disapprove of them in other cases?

First, the issue of using anonymous sources does not need to be judged according to our own standards, but rather those of the corporate media. Mainstream editors have repeatedly proved they have absolutely no problem using anonymous sources when they support the official narrative, one that promotes war. Liberal papers like the New York Times are filled most days with stories from unnamed officials, telling us what we are supposed to believe. The fake “revelations” of Saddam’s WMD were largely sourced over many months from anonymous officials. Whitaker himself worked as an editor at the Guardian when it was running similarly unverifiable stories from anonymous sources.

So our complaints about Hersh’s treatment are based, in part, on the glaring hypocrisy of journalists like Whitaker. Why are anonymous sources fine when they confirm the narrative of the security state, but problematic – “flaky” – when they challenge it? Whitaker doesn’t have a problem with Hersh using anonymous sources, any more than does the Guardian, New York Times, New Yorker, or London Review of Books. They have a problem with Hersh using anonymous sources when those sources say things that are not supposed to be said.

Whistleblowers and those who challenge the powerful often need protection in the form of anonymity from the likely retaliation of state actors. Anonymity is never ideal, but sometimes it is necessary. And when necessary, as in the case of whistleblowers, safeguards should be put in place. They appear to have been in the case of the Hersh investigation. Fact-checkers like Scott Ritter were used to ensure the story was technically plausible, and Welt editors say they were given the identities of Hersh’s sources. The intelligence officials who spoke to Hersh may be unknown to the reader, but they are apparently known to the editors overseeing the story’s publication.

Contrast that to the anonymous government, military and intelligence officials who regularly brief journalists anonymously, often to spread what turns out to be misinformation. There is no reason why any official needs to be unnamed when they are acting as spokesperson for their government. The only protection such anonymity confers is protection from accountability.

Finally, it is worth noting that Syria has become a hugely divisive issue on the left, as Libya did before it. It has made the left all but powerless to advance any kind of critique of western imperialism and its current round of violent interference in the Middle East.

The spirit that spurred the global marches in 2003 against the attack on Iraq has dissipated. The left’s confusion allowed Libya to be torn to shreds on the pretext of a non-existent threat to Benghazi. And now Syria is being wrecked by proxy wars in which the west is a central, if largely veiled actor.

None of this is accidental. The US has long had a plan to destabilise and break apart the Middle East – sometimes referred to by officials as “remaking” it –  to better control the region’s resources. And hand in glove with this plan are efforts to destabilise and break apart those who should be dissenting from the latest bouts of western imperialism.

Like Whitaker, George Monbiot, also of the Guardian, has been policing debates about Syria in an attempt to intimidate and silence anyone who questions the official narrative.

Today, on Twitter, he accused me, Media Lens and Prof Ted Postol of “whitewashing mass murder”. Why? Presumably in my case, because I have tried to publicise credible alternative narratives, like the one above, that have been blacked out by the corporate media, and because, in keeping with my views on Herman and Chomsky’s Propaganda Model, I have highlighted Syria as a prominent test case of whether the corporate media is willing to give a platform to such counter-narratives.

Some of them, certainly.

Postol, Cook and yourselves, without question.