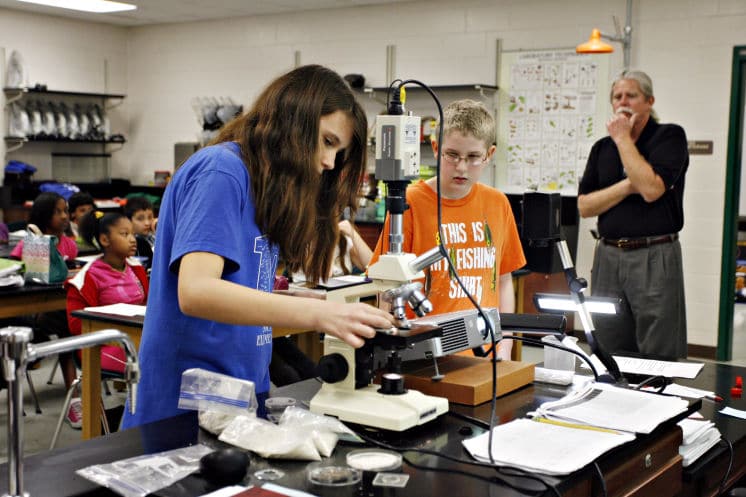 Any resident in Florida can now challenge what kids learn in public schools, thanks to a new law that science education advocates worry will make it harder to teach evolution and climate change.

The legislation, which was signed by Gov. Rick Scott (R) last week and went into effect Saturday, requires school boards to hire an “unbiased hearing officer” who will handle complaints about instructional materials, such as movies, textbooks and novels, that are used in local schools. Any parent or county resident can file a complaint, regardless of whether they have a student in the school system. If the hearing officer deems the challenge justified, he or she can require schools to remove the material in question.

The statute includes general guidelines about what counts as grounds for removal: belief that the material is “pornographic” or “is not suited to student needs and their ability to comprehend the material presented, or is inappropriate for the grade level and age group.”

Proponents of the new law say it makes the challenge process easier for parents and gives residents a greater say in their children’s education. And state Rep. Byron Donalds, R-Naples, who sponsored the bill, told Nature in May that his intent wasn’t to target any particular subject.

But Glenn Branch, deputy director of the National Council for Science Education, said that affidavits filed by supporters of the bill suggest that science instruction will be a focus of challenges. One affidavit from a Collier County resident complained that evolution and global warming were taught as “reality.” Another criticized her child’s sixth-grade science curriculum, writing that “the two main theories on the origin of man are the theory of evolution and creationism,” and that her daughter had only been taught about evolution.

Based on the affidavits, it seems likely that the law will also be used to request the removal of library books that parents find objectionable.

The Florida statute is one of 13 measures proposed this year that Branch and his colleagues consider “anti-science.” In Idaho, the legislature rejected several sections of the state’s new public school science standards related to climate change – the standards committee was asked to rewrite those sections and resubmit them for approval this fall. Alabama and Indiana both adopted nonbinding resolutions on teacher’s “academic freedom,” which are generally understood as encouraging educators to “teach the controversy” around subjects like climate change.

“Whether it be evolution or the argument about global warming, we don’t want teachers to be afraid to converse about such things,” state Sen. Jeff Raatz, R-Centerville, a supporter of the resolution, told Frontline.

Similar measures in other states didn’t make it into law, “but a number of them have advanced farther than we really expected,” Branch said. He called 2017 “a busy year” for this type of legislation.

In Florida, a group called Florida Citizens for Science urged people keep an eye on challenges to school instructional materials in the coming year.

“At this point the fight is at the local level,” the group’s communication director, Brandon Haught, wrote in a blog post. “If you’re not there and willing to stand up for sound science education, then we’re done.”