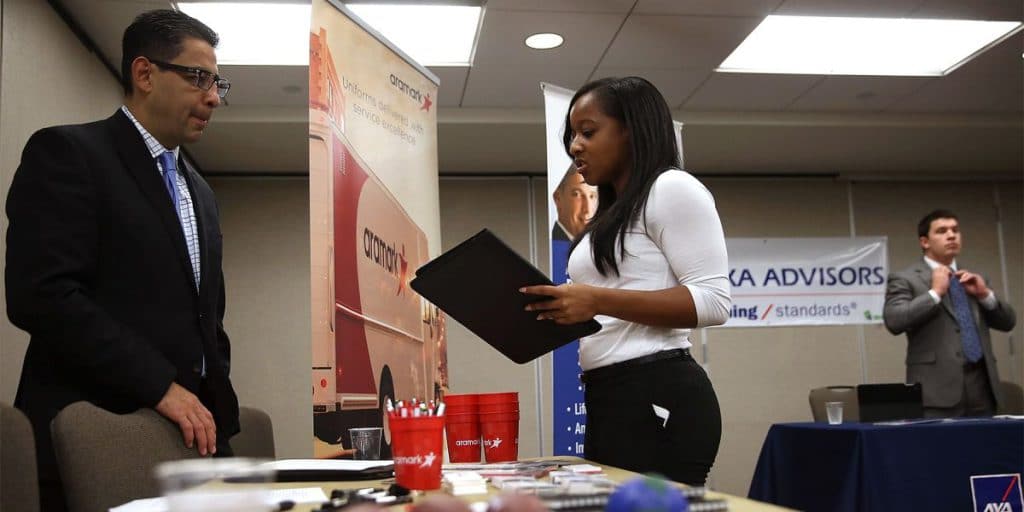 The US labor market, much like US society, is marked by discrimination.  The following charts, taken from two Economic Policy Institute blog posts [see chart captions below —Eds.], highlight some of the labor market consequences of racial and ethnic discrimination.

The next chart illustrates how unemployment and underemployment rates differ by age and race/ethnicity.    The underemployment rate, officially known as the U-6 rate by the Bureau of Labor Statistics, “includes not only unemployed workers but also those who are working part time because they can’t find full-time work (i.e., part time for economic reasons) and those who are marginally attached to the labor force.”

As we can see, while all young workers suffer high levels of unemployment and underemployment, the rates for Black youth (more than 1 in 4 underemployed) and Hispanic youth (approximately 1 in 5 underemployed) are significantly higher than for White youth.

These racial/ethnic differences mean that our general push for more and better jobs must be accompanied by policies designed to overcome the discriminatory and segmented nature of the US labor market.