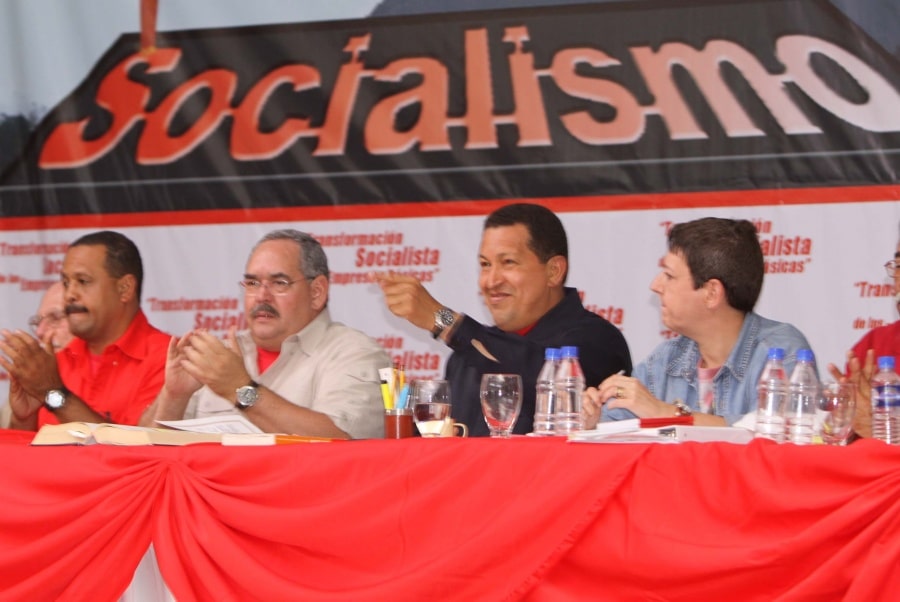 The majority of Venezuelans believe in a socialist economy, but want the government to be more efficient and promote private investment, a top pollster said Wednesday.

“Most [Venezuelans] believe in a strong, vigorous state [to] establish clear laws for the market,” said Oscar Schemel, the head of polling agency Hinterlaces.

He pointed to the latest Hinterlaces poll, which asked participants if “the best thing for Venezuela is a socialist economic model of production, where various forms of private property exist”.

While three out of four Venezuelans agreed with this statement, 24 percent disagreed, while 1 percent were unsure.

Schemel said the data shows Venezuelans want a socialist state with private investment and a “mixed economy”. He added that Venezuelans believe the state “should be a referee” that directs investment.

“Sixty one percent of the population affirms that the economy must be led by the state, 86 percent think that the government should promote private investment,” he said.

The comments were made during a speech to a meeting of local business leaders in Caracas. The topic of the meeting was how to promote a post-oil economy.

“Seventy eight percent consider that the government’s dialogue with business people is more important than with the opposition, and 63 percent distrust the opposition,” he said.

Schemel’s figures were based on new polling data from Hinterlaces, which asked over 1,500 Venezuelans for their views on the state of the economy.

While the majority of Venezuelans said they support socialism, 63 percent of respondents said the government needs to become “more productive and efficient.” Thirty two percent of participants said the current model should “change”.