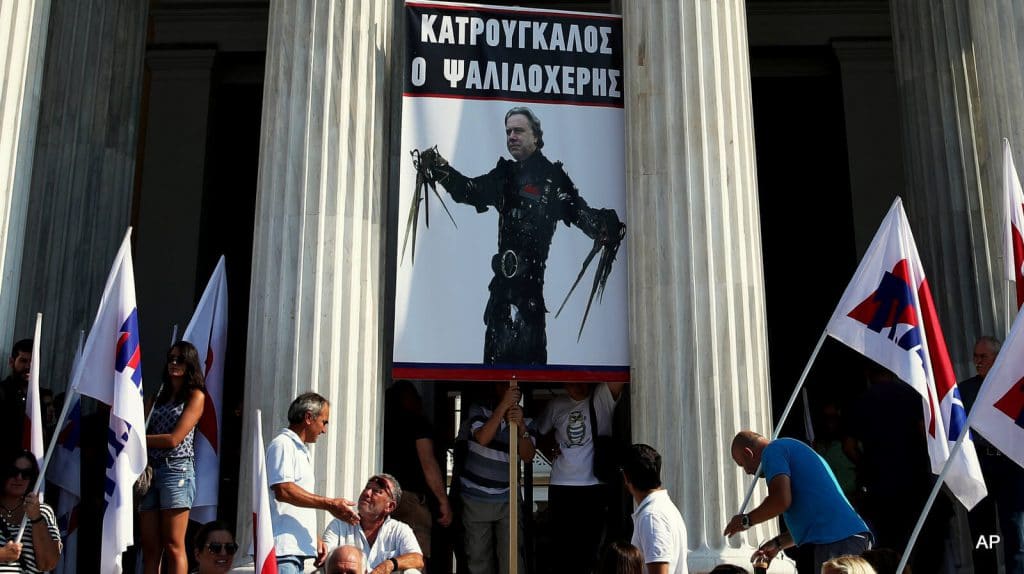 In late September 2016, the Syriza administration laid the groundwork to begin Greece’s water privatization, achieving a majority of 152 parliamentary votes and enacting series of new measures to transfer the state-run water companies of Athens (EYDAP) and Thessaloniki (EYATH) into a privatization superfund.

The duration of the government’s participation in the superfund was set at 99 years, with lenders promising the Greek government a bailout of barely 2.8 billion euros – far lower than the projected 50 billion euros estimated earlier in the year. While Greece was forced to privatize its water sources, however, other countries like Germany were undergoing the opposite: a phase of de-privatization.

In Berlin, after 12 years of poor management and exorbitant price hikes, the local government several years ago reclaimed its water resources. This turn of events caused a series of similar de-privatization initiatives across the country, revealing that the projected economic outcomes via privatization weren’t viable in the long term. In fact, the re-established state-run services were proven to be far more efficient, better organized and capable of providing higher-quality services than their privatized counterparts.

European water service companies have had a long history of corruption, made all the more pronounced due to the backing and participation of cartels across the E.U. According to research by the IMF and Word Bank, such privatization attempts have always led to worse working conditions, lower water quality and arbitrary overcharging placed on that essential resource, all with the goal of reducing costs for companies.

Projected conclusions about the Greek water privatization scheme are predictably dire: poverty-stricken households will be hardest hit by the price hikes, while a lack of financial motives could lead private companies to cut back costs on maintaining water supply and sanitationin Athens and Thessaloniki, the country’s largest cities. All this will be further compounded by the lack of a concrete regulatory framework in Greece, which has failed to control employers’ abuse of power over the years.

Yet despite the overwhelming evidence, the E.U’s institutions have remained steadfast in their attempt to push for further Greek privatization, reflecting a misguided economic policy sorely in need of reconsideration. To many Greeks, it is further proof of the distancing that has been taking place between Greece and the E.U since the early years of the economic crisis. 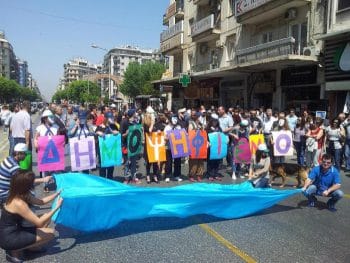 Since 2010, the administrative and legislative bodies on the continent have held to their guns, in some cases even ignoring the outcry of the overwhelming majority as they pushed ahead a largely unworkable agenda. In 2012 alone, the European Bank for Reconstruction and Development invested almost 500 million euros to encourage the first wave of public sector privatizations in some of the Union’s more vulnerable countries.

Now, 2017 will mark the third year since more than 2 million citizens petitioned via the European Citizen’s Initiative Platform to support the Human Right To Water. To support this effort, citizen-led activist groups earlier this year established the Right2Water campaign. According to its mission statement, the purpose is to ensure that E.U. legislation recognizes the human right to water and sanitation and enforces quality standards in accordance with UN Article 31.

Despite the overwhelming public support for this initiative, those voices have mostly been ignored – providing further evidence that the E.U. appears more interested in ensuring the survival of its economic policies than the well-being of its citizens. (In Portugal, where the first wave of water privatizations took place, end-user costs quadrupled within a few years after implementation.)

According to Christa Hecht, Managing Director for the Allianz der öffentlichen Wasserwirtschaft (AeoW), which represents the re-municipalized water services in Germany: “Pricing [water] can’t be left to profit-seeking boardroom managers…it is a vital public asset and the Greeks are right to want to keep it that way.”

During the recent 20th Water Conference, members of the German trade union Ver.di mirrored the opinions of the AeoW by supporting Greek water activists in their effort to maintain control of their own publicly available resources. Along with the European Public Service Union (EPSU), they are now attempting to create a pressure group that will force the E.U. to establish a more sustainable water policy.

The battle for the right to water, in Greece and elsewhere, isn’t stopping anytime soon. But a resolution may require a more essential shift in the way the European Union does business: not simply addressing the economic situation of the E.U. itself, but reevaluating its capacity to truly provide for its people.