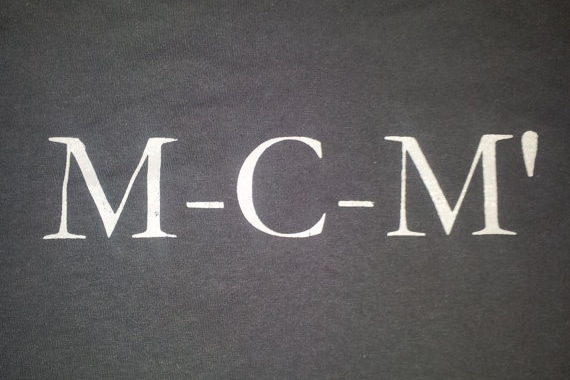 The latest issue of the London Review of International Law features an interesting review essay by Robert Howse, in which he makes the case for progressive international lawyers attending to the discipline of economics and the insights that can be gained from it, in particular from what he sees as more progressive economists. Howse’s essay focuses on three prominent neo-Keynesians (Thomas Piketty, Dani Rodrik and Joseph Stiglitz) who have been critical of the worst excesses of neoliberal globalisation. For Howse it is crucially important for progressive international lawyers to engage with the work of economists such as these, to counter the supposedly cast-iron arguments against regulation, re-distribution and so on.

Towards the end of the the essay Howse makes an interesting point, when he argues that for

progressive international economic law scholars, it could … seem tempting simply to reject or debunk economic orthodoxy as the thinly disguised ideology behind the global capitalist class. This might liberate us to make whatever arguments we like about the demands of justice, and to judge and confront the law and institutions on that basis. My own approach has been to learn whatever I can from economics (while at the same time maintaining a certain critical distance from the kinds of economics that morphs into orthodox policy prescriptions). Partly, this is from a sense of humility. While straightforward rejectionism might seem easy, understanding the world seems crucial for putting law and justice into practice and I admit I don’t have the intellectual tools to provide a comprehensive alternative to the methods and constructs of contemporary academic economics (which, of course, encompass game theory and cognitive psychology) in understanding the phenomena in question. And if there is some structural bias or fundamental orientation in contemporary economics that is intrinsically skewed towards neoliberalism or against a progressive agenda, I haven’t found it. The work of the three economists reviewed here suggests that, in fact, it may not exist.

This is a telling quote. Along with many other scholars, Howse is positing here an apparently hard-nosed realism. It’s easy, the argument goes, to dismiss and reject established ideas and practices, but if we want to change things in some meaningful way, we have to learn to understand and harness these established tools to serve our ends.

There are two key points to be made in response to this rendering: (i) there is nothing realistic or pragmatic about this argument and (ii) if the concern for lawyers, or anyone else, is with fundamentally altering the unjust structures of the world around us, then we need to go beyond mainstream economics, into the realm of political economy. This is an important distinction, for economics (in both it’s mainstream and slightly heterodox variations) takes capitalism and the capitalist system as its perennial and unalterable premise. In contrast political economy (done right) brings to the fore the transitory nature of the extant social and economic order, the power relations which constitute and sustain it, and, crucially, the possibilities for change inherent within it.

We can, and indeed should, start any inquiry in this field with Karl Marx. In his famous Preface to A Contribution to the Critique of Political Economy, Marx observed that from his studies he was

led … to the conclusion that legal relations as well as forms of state could neither be understood by themselves, nor explained by the so-called general progress of the human mind, but that they are rooted in the material conditions of life, which are summed up by Hegel after the fashion of the English and French of the eighteenth century under the name “civil society”; that the anatomy of that civil society is to be sought in political economy.

Thus, for Marx and later political economists, all of the relations of society (including legal) can not be comprehended on their own, but only in relation to one another and in this complex interrelation, the economic plays a pre-eminent role.

It is important to stress again that the political economy of Marx and others, is quite distinct from the economics of Stiglitz et al. and its scientific pretensions. The fundamental problem with this form of economics is, as Michael Perelman notes, that by taking the extant social and economic order as given, it devolves, ultimately, into a complex set of justifications and rationalisations of the status quo, and thereby obscures more than it reveals about the real economy.

If, as Howse argues, ‘understanding the world is crucial’ then mainstream economics only provides us with a distorted and partial understanding. The French radical Saint-Just once observed that those who make revolutions half way were digging their own graves. Less dramatically, we can say that those who follow their critical analysis only part way are digging the graves of whatever progressive projects they support. Hence Piketty follows his method of mainstream economics to the precipice (the realisation that capitalism necessarily and structurally produces inequality) but then shies away into naive and utopian policy proposals.

The ‘realism’ of mainstream economic thinking and scholarship does not open the way for practical, progressive solutions to the problems around us, but more times than not leads to intellectual dead ends and political quietism. In contrast, political economy can provide the basis for understanding and challenging the existing order in ways which are tangibly progressive and radical.

As such, anyone interested in understanding the nature of the contemporary capitalist order, and the possibilities for changing it, would do well to look up some of the following texts:

This list is, of course, partial and non-exhaustive. But for anyone concerned with radical change (in the sense of getting to the root of the problem), these studies and the broader discipline of political economy provide a far more valuable resource than the thin gruel of re-heated Keynesianism.