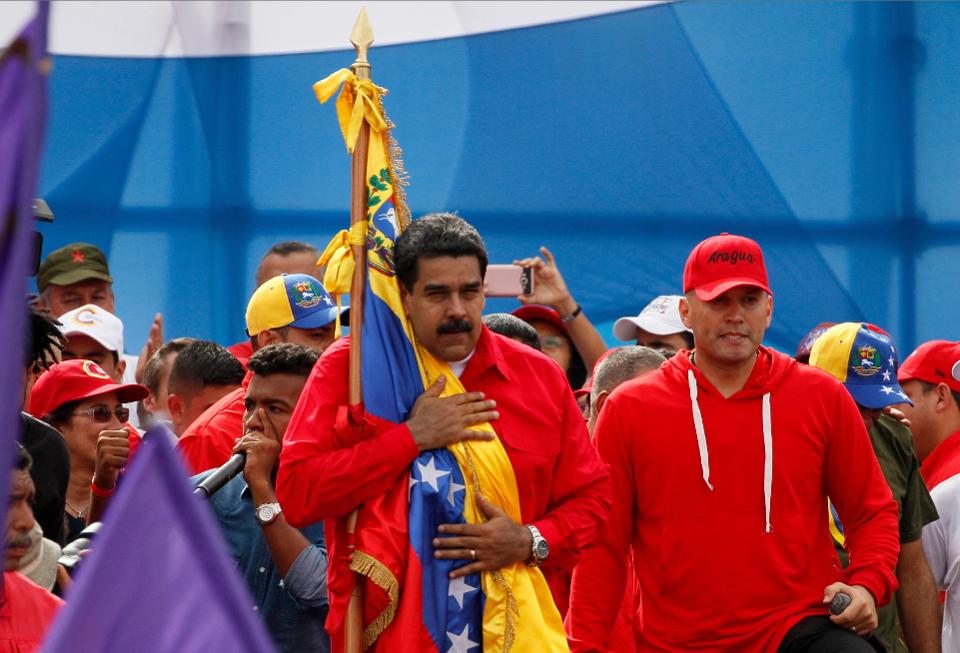 It should also be noted that Venezuelan opposition leaders have effectively been imposing economic sanctions on their own country for quite some time. Since winning control over the National Assembly in 2015, Henry Ramos Allup and Julio Borges (who have each been National Assembly President) have boasted of blocking Venezuela’s access to foreign loans. According to the opposition-aligned pollster, Datanalisis, 55% of Venezuelans disapprove of that opposition tactic and only 31.7% approve. As for the sanctions Trump has threatened, 65% are opposed and only 26% are in favour. Unsurprisingly, people living through a major economic crisis tend not to be in favor of deliberately making it worse. All of this is taking the numbers of an opposition–aligned pollster at face value. Public hostility towards economic sanctions, whether imposed by Trump or by opposition leaders, is probably even more widespread than what Datanalisis has reported.

These figures are known to many corporate journalists in Venezuela but good luck finding them mentioned, never mind appropriately highlighted. What you will – very often – find reported is a Datanalisis poll finding that 67% “disagree” with electing a Constituent Assembly. I disagree myself. I think it was a bad idea. It doesn’t follow that electing one is unconstitutional – much less grounds for foreign intervention.  Datanalisis also reported that 39% think the opposition should participate in the Constituent Assembly elections. Again, good luck finding that figure mentioned in the media.

In 1999, Venezuelans voted in a referendum to elect a Constituent Assembly. The method for electing the Constituent Assembly was part of what voters approved. After the constitution was drafted, it was then approved by voters in a referendum and therefore entered into law.  In 2000, Presidential and National Assembly elections were held under the new constitution. This extremely democratic process was constantly smeared in the international media over the years by saying “Hugo Chavez rewrote the constitution”.  The constitution of 1999 was briefly annulled during the short-lived Carmona dictatorship which was backed by the opposition’s core leadership of today (Henrique Capriles, Leopoldo Lopez, Julio Borges, Henry Ramos, and many others). That dictatorship was also backed by the U.S government and major international media like the New York Times who gushed over Carmona.

At any rate, the idea that foreign governments have the right to impose an interpretation of Venezuela’s constitution on Venezuela is ludicrous. Presumably U.S. citizens would say the same if Venezuela ordered the U.S. Supreme Court to overturn Citizens United.

As always, the media has hyped claims that public sector workers are being pressured to vote. The media has been vastly less interested in opposition threats to forcibly impede people from voting. In Chavismo’s worst defeat (in December of 2015) 5.6 million people voted Chavista. There are only 2.8 million public sector workers in Venezuela, roughly 20% of the workforce. Moreover, just taking by Datanalisis polls at face value, about 4 million voters approve of Maduro’s performance.

The mother of Orlando Figuera, a young man who died after being stabbed and burned alive by opposition protesters, was fired from her job as a domestic servant shortly after giving a TV interview in which she denounced the opposition. How widespread is this kind of discrimination in a country where millions work for employers who hate the government? Don’t wait for the international media to investigate. They’ve had a decade and a half to do it. They could care less.

The media has referred to the broad powers the Constitution Assembly to dissolve other branches of government. That is true, but other branches are not automatically dissolved because a Constituent Assembly is elected, nor is it clear that its decisions to do so would stand if voters reject the constitution in the referendum Maduro has committed to holding. Maduro has also very emphatically committed to holding presidential elections in 2018.

For the past fifteen years, the tactic of labelling Venezuela a “dictatorship” has been central to whitewashing a violent and undemocratic opposition leadership. Even during relatively calm years between 2004-2012, when the opposition was much more divided between those who wanted to oust the government by force and those who preferred an electoral path, hundreds of Chavista peasant activists were assassinated by gunmen strongly linked to wealthy landowners. Whether it takes power through votes or through a coup, the possibility that the opposition will attempt large scale massacres of Chavistas is very real, as is the possibility of armed resistance by grassroots Chavista activists and supportive elements of the military. International pressure on Venezuela’s opposition leaders (basically exposing what they are all about) is urgently required.

The US Empire consists of allied governments like Canada, private media companies and prominent NGOs who all share its delusion that it is entitled to decide which government is a “dictatorship” that “must go”. It is a truly formidable and lethal system of misinformation. Leftists should always have done more to challenge the US Empire on Venezuela during the Chavista era, and to challenge imperialism in general.  We really need to step up now.