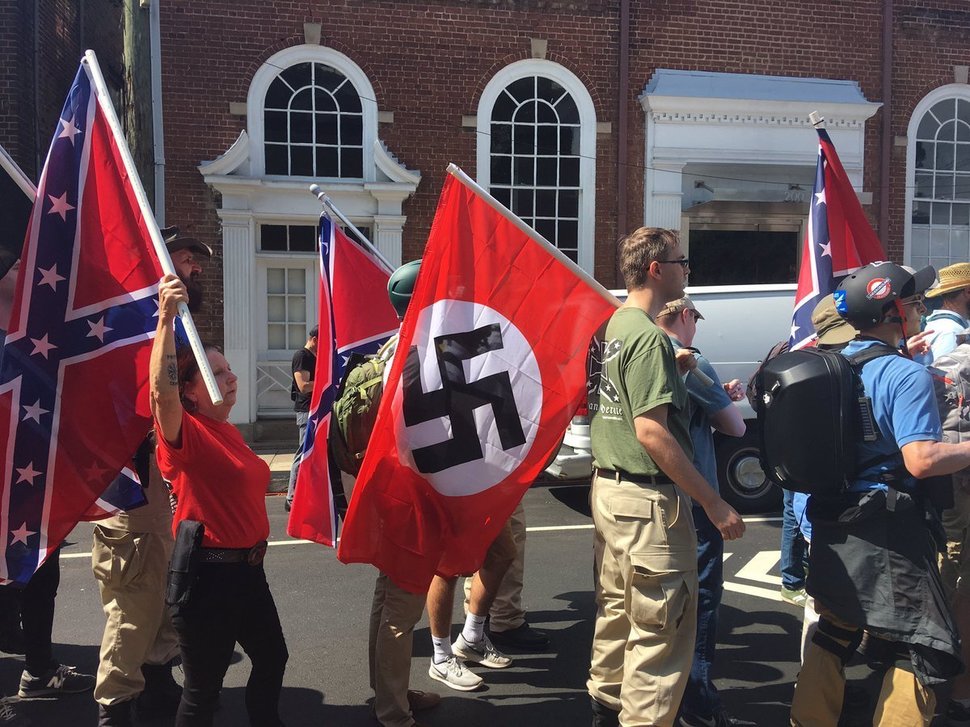 The combination of the Nazi flag and the Confederate flag is a standard feature of the Right’s iconography—the linkage between a desire for White domination with a rehabilitation of the ‘lost cause’ of the Confederacy.

The picture above is remarkable. It comes from the neo-Nazi and white supremacist rally in Charlottesville, Virginia that took place earlier this month. The combination of the Nazi flag and the Confederate flag is a standard feature of the Right’s iconography—the linkage between a desire for White domination with a rehabilitation of the ‘lost cause’ of the Confederacy. This period of great economic instability has produced some truly morbid symptoms, to use Gramsci’s words from a comparable era. This is not a uniquely American phenomenon, certainly, since there are echoes of Trump in Orban and Duterte and of their social bases across the Old World.

In this fortnight’s Frontline, I have a report on the fight over Confederate statues across the United States, from Virginia to North Carolina upwards into New York and elsewhere. The incubation of nostalgia for the Old South of racist slavery intensified during the Civil Rights era (1920s to 1950s) and has now come above ground in the age of Trump. It is a serious error to assume that Trump’s entire victory amongst these white voters was because of his trade promises. The rich seam of racism was mined by Trump and Bannon with great effectiveness. This should not be mistaken.

You can read my report here. 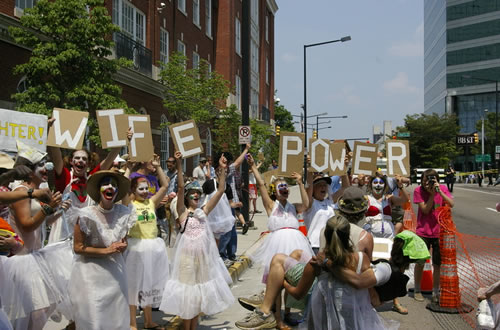 The resistance against the upsurge of the Nazis and the Confederates has been spectacular. My Frontline story ends with a confrontation from a few years ago in Knoxville (Tennessee) between the Nazis—led by Alex Linder, who I first met thirty years ago in a college class on African history—and the Anti-Racist Action’s clown bloc. The picture above is from the clowns. Linder was arrested at that rally. HIs website—Vanguard News Network—remains functional, even as the Nazi website Stormfront has been taken down.

In Boston, thousands of people gathered to say no to the hate rally that had been proposed for that city. This led to the cancellation of several such rallies across the country. The rally in Berkeley (California)—’No to Marxism in America’—was also cancelled.

But on August 27, the hate rally did take place in Berkeley. A small confrontation took place between some of the hate groups and the small anti-fascist direct action groups that have become a regular feature at all protests and rallies. This confrontation has been taken by people in the conservative and liberal camps as evidence of the correspondence between the ‘alt-right’ (the fascists) and the anti-fascists. It is a ridiculous argument that bedevils the mind.

The fascists are an entirely different kind of political force, determined to use their violence to shift the terrain of human history. The anti-fascists play a defensive role, trying to make sure that the fascists do not feel confident to move from their small rallies to large goals.

My column this week at Alternet is a meditation against the view that the ‘anti-fascists’ are equivalent to the fascists. You can read it here.

To get a sense of the politics of the fascist, I reflected on the shirt of one amongst their ranks, which you can see below, and which you can read about in the essay. 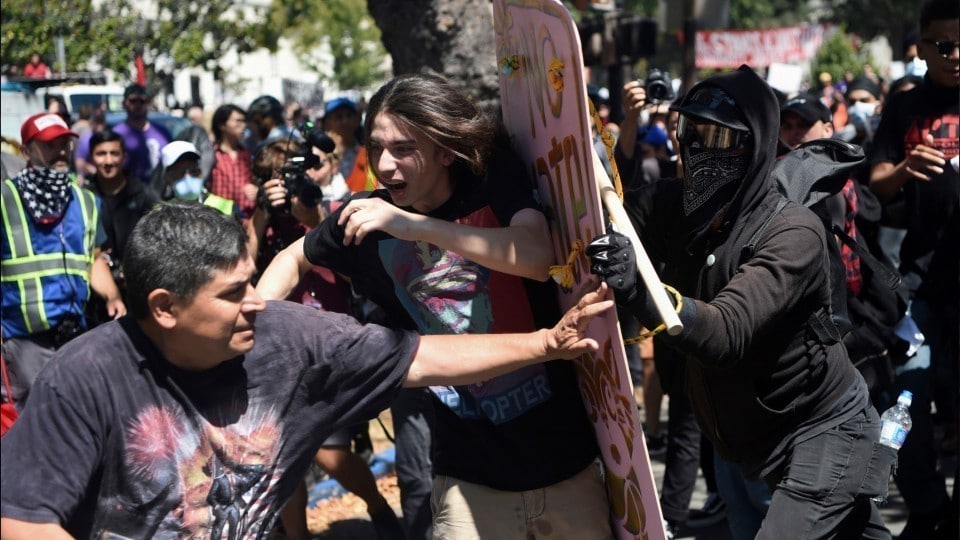 An anti-fascist pushing a sign forward onto the body of a fascist with a t-shirt picturing Chilean dictator Augusto Pinochet. The t-shirt is designed like the Obama t-shirts with HOPE written below. This one, of Pinochet, has the word HELICOPTER, an echo of the dictatorship’s practice of throwing left-wing activists out of helicopters into the Pacific Ocean.