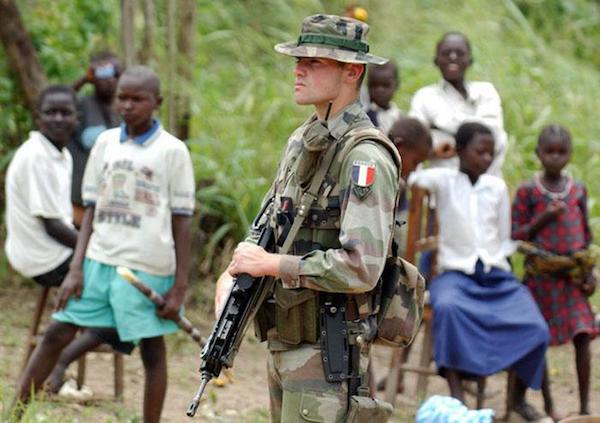 For the vast majority of media outlets Africa is a continent in chaos, a place of countless massacres, epidemics, and starvation caused by conflicts, that generate extremist groups which mercilessly loot, rape, and kidnap.

Also a place with enchanting landscapes, abundant mineral resources, and at the same time threatened by drought and desertification, for many in the West, Africa is the kingdom of tribal conflicts, smuggling, and inevitable poverty.

However, what many corporate news outlets fail to mention – of course it would be too much to ask – is the role of colonialism and its legacy in these destructive fratricidal conflicts, backed by the same powers from which the people of the continent won a precarious independence. When all is said and done, it is limitless imperial greed that has plunged Africa into a state of perennial subjugation, into a tunnel of tragedies from which there seems no escape; and what is happening in the Central African Republic is simply another chapter of this shameful reality. 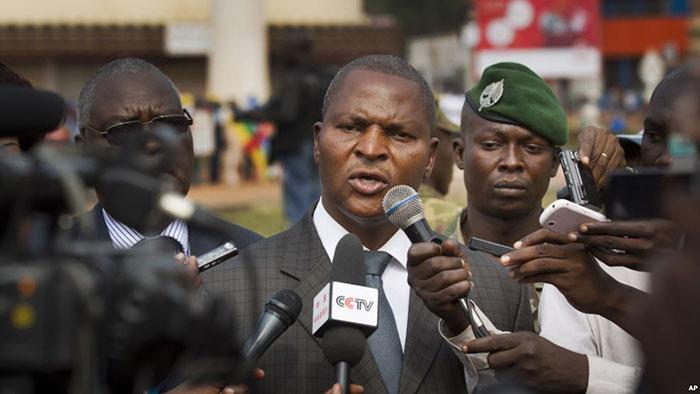 Faustin-Archange Touadéra (center), current President of the Central African Republic, after winning the country’s elections in February 2016. The African leader now faces the difficult task of brining peace and stability to the nation. Photo: http://barnabasfund.ru

A reflection of modern times, these power struggles have taken on religious dimensions, with countless articles and photo reports documenting clashes between rival factions which destroy entire villages just for belonging to a different faith.

Right now, there are two main groups vying for power in the nation. On the one hand the Séléka (meaning coalition in the Sango language) who are now known to their enemies as Bálaka (machete) in reference to the group’s preferred weapon of choice.

Since 2003 the Séléka led by Michel Djotodia has fought to gain control of the country, but it wasn’t until the 2013 coup against President François Bozizé that its religious affiliation emerged – in this case Muslim, a faith to which 15% of the population profess. 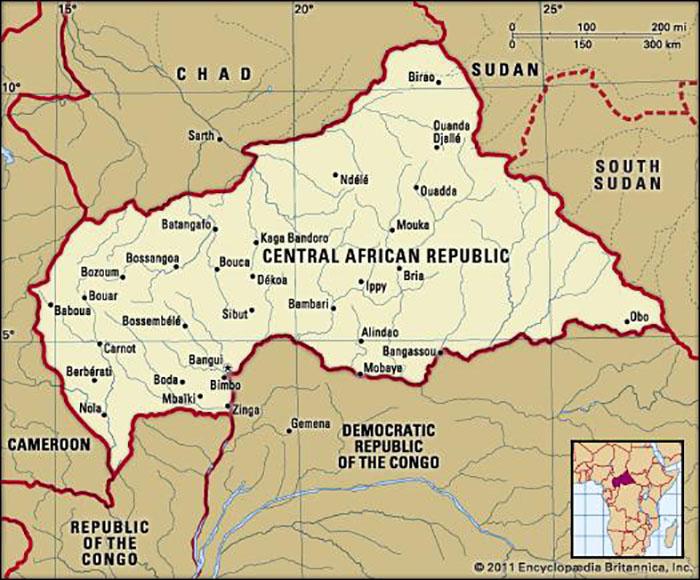 The Central African Republic, a former French colony, is a land-locked country located in central Africa. It is bordered by Chad to the north; Sudan to the north-east; South Sudan to the east; the Democratic Republic of the Congo and the Republic of Congo to the south; and Cameroon to the west. The country covers an area of 622,984 square kilometers, and is home to around 4.4 million inhabitants, according to estimations from 2008; while its capital and most populous city is Bangui. Photo: Britannica.com

On the other side are the Anti-balakas, previously only political-military rivals, but now claiming to represent the 50% Christian and “animist” population.

However, several key actors are missing.

The Central African Republic gained its independence in 1960, but France, its former ruler, continued to play a central role in its economic and socio-political spheres, above all to maintain control over the country’s natural resources, such as the uranium used in France’s nuclear program. And while it continued to pull the strings from behind the scenes, the country of Liberty, Equality and Fraternity also backed military coups, further fracturing the country’s already fragile governability.

Bozizé’s decision to open the country up to Chinese investment in oil infrastructure – which also included aid for healthcare, education and food – set off alarms and once again the country was forced into a downward spiral which today, is showing signs of intensifying.

What happened next is a familiar story. France, worried about an imminent genocide and the “proliferation” of extremist groups (obviously meaning Islamic groups), decided to launch a military intervention in March 2013. At its height Operation Sangaris included over 2,500 French soldiers, together with troops from the UN Integrated Peacebuilding Office in the Central African Republic (BINUCA).

The military contingent was replaced in October 2016, with a new UN integrated force known as MINUSCA, stationed and active in the Central African Republic through November 2017.

However, France was also so kind as to leave a regiment of 350 soldiers, a squadron of drones and a general responsible for heading up a multinational contingent of European advisors trying to reorganize the country’s armed forces.

According to researcher and journalist Olivier Ndenkop, France’s supposed “benevolence” is just for show. The real objective is to put a stop to Chinese “penetration” and take control of the country’s gold, diamond, wood, uranium, and crude oil reserves, eagerly sought after by international conglomerates.

However, thanks to the Kimberley Process, a global initiative aimed at reducing the flow of conflict diamonds, in 2013 exports of the precious stone from the Central African Republic were suspended. Nonetheless, and despite the intensification of the conflict, in 2015 the ban was lifted and the diamond trade recommenced.

Right now, the most pressing matter is to catch those responsible for the violence like Séléka and Anti-Balaka leaders, Haroon Gaye and Alfred Yekaton respectively; no more than pawns controlled from afar.

Julius Ceaser became rich by conquering Gaul, and before being stabbed outside the doors of Rome’s Senate, coined the famous phrase: Divide et impera (Divide and conquer).

A maxim used by some to continue profiting off the misfortune of the unfortunate, and the reason why few listen and raise their voice, and why the killing continues, with no end in sight.

Instead of arms, the Central African Republic, should be receiving food, medicine, water, sustainable development, tolerance…peace.