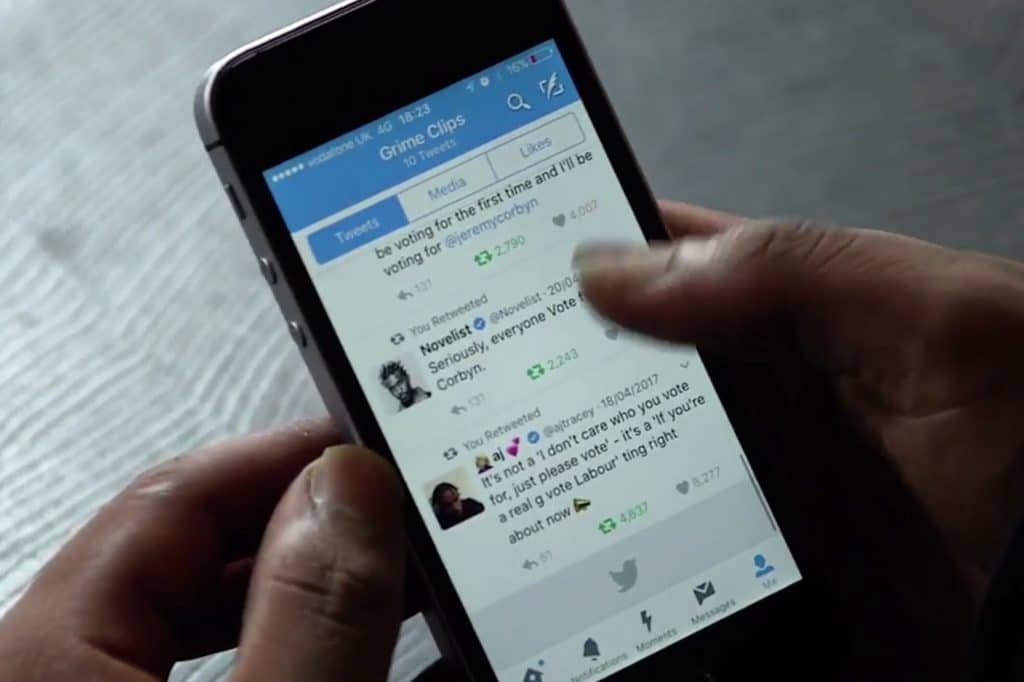 ‘If it ain’t broke, don’t fix it,’ goes the old adage; well it is broke. Over the past two years it has become, for many, overwhelmingly obvious that the mainstream media in the United Kingdom is broke. So what do you do? Well, there’s another old adage, ‘if you want something doing properly, do it yourself.’ And plenty are. 2017 has transpired to be the year of DIY Politics.

You could see start-up politicians and DIY political commentary as the IKEA of journalism. It’s cheap, you make it yourself, and it is stealing audiences from the long-time monopolies – it has taken the market by storm.

These days you can be sat on a train, or a bus or walking down the high street and have your smartphone in hand. On your smartphone you can have several tabs open on your internet browser, your blogging app ready, and your notes there, furiously typing away an article. I do. You could also be sat at home after work with your laptop open, baffled at how the evening news seems so detached from what you’ve seen or heard in reality that day. Again, you can type up your article and, if you’ve got a following on social media, you can have it seen by thousands within minutes. Some don’t even bother with a thousand words; a simple meme with a few facts embossed upon it can end up with near on 3 million ‘impressions’ on Twitter alone.

In the same way Instagram has given a platform to anyone who wants to photo-document their life, and YouTube likewise with vlogs on just about anything, Twitter and Facebook gave a springboard to those who were angry, disillusioned or fed up with 7 years of austerity, a government not being held to account, and public funds being used to subsidise private businesses who profit in the multi-millions. Hashtags, retweets and likes can make a hard-hitting, emotive piece, viral in the space of a day.

Now, with a genuine left-wing leader at the head of the Labour Party, who himself was propelled into the ballot box through social media activism, those voices feel inspired. As Skwawkbox – an independent left-wing news outlet – demonstrate, much of the journalism DIY commentators such as themselves do, runs on passion, late nights and coffee. They’re not backed by millionaires nor are they part of multi-national news corporations; few even profit from ad revenue. Like many, they thrive in the absence of fair mainstream media coverage, and survive through sheer will or what comes in through donations and the sale of merchandise. It is as entrepreneurial as it is pioneering. It is as DIY as it is professional.

As DIY Politics takes a firm hold of the political U.K. Twittersphere, the Westminster bubble hasn’t quite been popped – but is certainly ruptured. Many of the independent outlets forced the mainstream media to take notice this year, no more so than due to the result of the snap election that saw massive Labour gains, and the Conservatives lose their majority.

Voter turnout was at a record high since the turn of the millennium and was at a 25-year high in general. The left captured the majority of the youth vote and BME voters, and especially those who hadn’t voted in the previous election of 2015. The second the election was called, the independent left called the result – they were largely right. They were slandered for doing so, publicly mocked, and subject to smears. Ultimately, though, they were proved right.

Many mainstream media outlets will still pick and choose when to credit and when to discredit the likes of Canary, Evolve Politics, Novara Media, and Skwawkbox, but they are getting some of the praise they deserve.

So how were the independent left more in touch with what was happening on the ground than the institutional right? The components of DIY Politics: the feeling of community among the networks of activists; the shared responsibility to hold those in power to account; the relentless countering of lopsided journalism by British tabloid news outlets; and the speed with which this could all be achieved through social media. Most of all, it was the accessibility to do it.

Could it work for the right? I believe it is unlikely. What original content could they produce? It is likely that such outlets would simply be echoing what is already in print everyday by the likes of The Daily Mail. The DIY Politics of the independent left has been a success for two main reasons. Firstly, it offers something different: it is a different kind of journalism offering an alternative to the parroted narrative of much of the mainstream media – like IKEA, a business wouldn’t succeed if it doesn’t offer anything different. Secondly, again like IKEA, it filled a vacuum in the market: the rise of the DIY Politics of the left succeed because it was needed. There wasn’t coverage from the left, and they provided it.

One core essence of socialism is doing it yourself but as part of a collective and for a wider general good. Corbyn has inspired, shown that an alternative way is popular, and people have responded.

“What keeps me going is the feeling that in a wider sense I am participating in a gigantic project of democratization, though a different one from what is normally talked about.” – Ingvar Kamprad, the founder of IKEA.