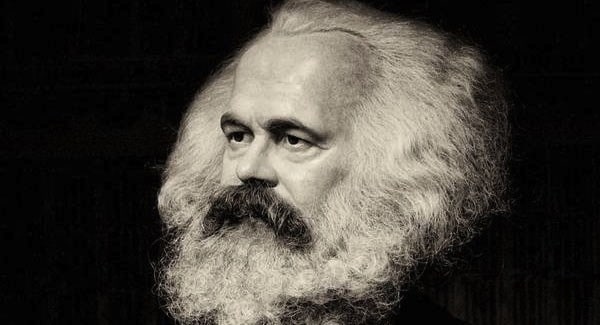 There is a considerable debate about the value of Marx’s earlier philosophical works relative to his mature period writing the three volumes of Capital. Some believe that they are of great importance for understanding Marx, while others such as Althusser1 famously believed that the early works were mere preparation for presenting the full science of history and philosophy of dialectical materialism in the great work. I fall squarely into the first camp. While Capital is undoubtedly Marx’s masterpiece, there is a great deal in it that remains ambiguous and not always spelled out.

This is particularly true of Marx’s philosophical methodology. Capital is the masterpiece of dialectical materialism, and yet there is very little written about that in its pages. Part of this is likely due to how the three Volumes were written and published. As is well known, only Volume I was every published during Marx’s lifetime, while Volumes II and III were later edited and published by Engels. It is possible that Marx, given more time, might have spelled out his positions in more detail. But I also suspect that Marx had simply lost interest in treading ground he had walked before. By the time he wrote Capital, the point of dialectical materialism was to change the world by presenting the critique of capitalist political economy. Given that, Marx probably had little interest in writing about his interpretive method for just interpreting the world.

There is a great deal of debate today about Marx’s philosophical method, and the extent of its relationship to Hegelianism. Some figures, notably Zizek, feel that Marx deviates too much from Hegel and often at a considerable cost.2 I suspect part of the reason there has been a call for us to go back to Hegel is, as mentioned, Marx’s own philosophical method is never spelled out in his most famous works. One has to make many interpretive inferences to glean the philosophical method out of the dense pages of Capital and its dry figures and historical analysis.

This is where looking at his earlier writings becomes essential for developing a richer understanding of Marx’s philosophy and philosophical method. It is in the earlier and unpublished Grundrisse and not Capital that Marx most clearly and systematically details his theoretical method of analysis. His later masterpiece is an epochal attempt to analyze and critique the historical development of modern industrial capitalism. But I believe it is dependent on the theoretical positions developed in the Grundrisse, where all his earlier and more scattered theoretical ideas and concepts were integrated and refined into a mature theory of dialectical materialism. This makes a careful and thorough look at this earlier work essential if one is to understand a key part of Marx’s thought. I think if this is undertaken carefully, we can see that Marx’s philosophical method is rich enough to compare favorably to its competitors, including Hegel.

The following is an exemplary quote from the Introduction to the Grundrisse.

…all epochs of production have certain common traits, common characteristics. Production in general is an abstraction, but a rational abstraction in so far as it really brings out and fixes the common element and thus saves us repetition. Still, this general category, this common element sifted out by comparison, is itself segmented many times over and splits into different determinations. Some determinations belong to all epochs, others only to a few. Some determinations will be shared by the most modern epoch and the most ancient. No production will be thinkable without them; however even though the most developed languages have laws and characteristics in common with the least developed, never the less, just those things which determine their development, I.e, the elements which are not general and common, must be separated out from the determinations valid for production as such, so that in their unity—which arises already from the identity of the subject, humanity, and of the object, nature,—their essential difference is not forgotten. The whole profundity of those modern economists who demonstrate the eternity and harmoniousness of the existing social relations lies in this forgetting.3

In this lengthy paragraph, Marx spells out in clear language a great deal of his methodological approach. Understanding the approach as presented in the Grundrisse can both inform how Marx’s early ideas evolved into their mature form, and also how to understand the theoretical methodology as applied in Capital.

In the Grundrisse, Marx argues that if one wishes to understand something like “production,” one must abstract from historical particularities in order to capture its general character. But how to go about doing that? To simplify somewhat, as is common with explaining the method of the hard sciences, we might characterize Marx’s as a three-step method. Though Marx never characterized it this way, I believe it is the easiest way to get a grip on what he is talking about. It is also worth noting the dialectical character of his method. This is typical of Marx, as it was for Hegel, right down to the three-part movement. Dialectics is both a method of analysis, and a way of talking about the social relations that exist in the material world.

Step one is to examine the actual way a specific people in a given historical time period produce goods. Once you have a number of case studies it is possible to separate out the generalities from the particularities. This sifting process is necessary or else conceiving a general process like “production” would be impossible. We would only know the specific and contingent techniques by which differing groups produce goods. Step two is to develop an abstract but universal theory of a concept — like production — in thought. This method of abstraction involves assembling the general features of a given phenomena like “production” together and integrate them to form an abstract theoretical concept. The theoretical concepts one develops should ideally be applicable anywhere a given phenomena exists. Finally, we must take the Third and final step back from conceptual thought to the “actual world.” This involves applying the theoretical concepts one has developed back onto actual historical phenomena, so that one can understand them concretely. This is known as understanding the concrete-in-thought.

What makes the “concrete-in-thought” from mere historical observation is that we can now grasp the internal logic of a phenomena rather than just its external appearance. Here is an example. If one was just observing the world and trying to understand production, one might see it as just the way people make goods. This would only take us to the First step. Or one might take the step of many modern economists, and understand production along the lines of a set of mathematical relations. This is because, to a modern economist, what is important isn’t really how people make goods, but the values expressed in them. This would bring us to step two. But where Marx goes much further is compelling us to see how these values themselves are dependent on the social relations which make certain goods valuable in the right place at the right time. In other words, Marx wants to look at the social relations that make things valuable “commodities”4 with exchange value. This gives us a richer and more total understanding of the social world of material relations. Or as Marx put it in the Grundrisse:

In the succession of economic categories, as in any other historical, social science, it must not be forgotten that their subject—here, modern bourgeois society—is always what is given, in the head as well as in reality, and that these categories therefore express the forms of being, the characteristics of existence, and often only the individual sides of this specific society, this subject, and that therefore this society by no means begins only at the point where one can speak of it; this holds for science as well.5

This final step is key, and to my mind showcases the power and rigor of Marx’s philosophical method. It is also worth noting that each step corresponds to an ideological frame of mind. Marx is hoping to guide us gradually to a level of greater self-consciousness and awareness of the actual world we live in. Of course, this is intended to have revolutionary implications, since a greater awareness of the world leads to a sense of how one is being exploited. The three-step method starts us at the level of mere empiricism, which corresponds to the ideological limits of common sense. This is the world perceived immediately, where one goes to work and produces commodities in order to get paid. There is nothing reflective about it. At the second step, one moves to a more reflective level. One develops a concept of what is going on in terms of the value of the commodities produced. This corresponds to the ideological limits of vulgar economics. One sees the world as a collection of values, without ever questioning how and why they emerged in this historical form they have. The third step then moves us to full dialectical materialism. The concept of value is applied back to the world as it exists historically. When this occurs we recognize that commodities have value because of the exploitative economic system we live within. For instance, we realize that the only reason commodities have a certain value is because they are fetishized within our society. Here we see the importance of Marx’s philosophical method for the purposes of left wing thought. Going through the three steps does not just give one a rich set of interpretive tools. It is intended to raise awareness of the specific form of exploitation unique to our historical society.

This quick and dirty presentation of Marx’s philosophical method as presented in the Grundrisse obviously cannot do justice to the richness of his thought. Moreover, as Marx well knew, it is in application that a philosophical method proves its real worth. But I hope to have clarified some of the features of the method in itself, and highlighted why it remains worth a look by critically minded left-wing thinkers. Thinking through the method can still help us get a better sense of the economic system we live within, and the governing ideologies that prevent us from recognizing the truth of its power.