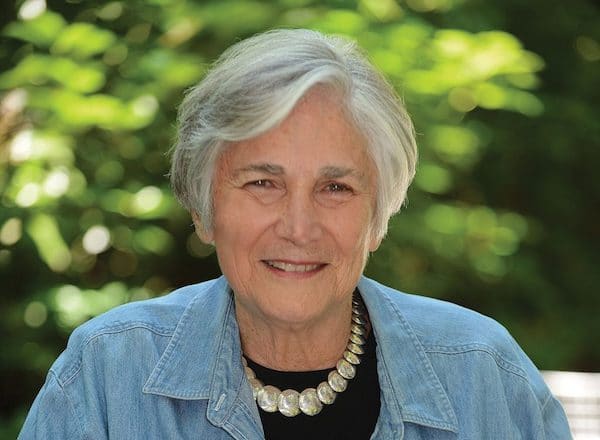 The 25-year national gamble on charter schools has been a losing bet, resulting in a series of missed opportunities and creating a tragic distraction from what most education researchers agree are the real inequities underlying the so-called achievement gap, former Assistant Secretary of Education Diane Ravitch said this week.

Something of a patron saint and unifying voice for battle-fatigued public school teachers across the country, Ravitch was in Oakland for the fourth annual conference of the Network for Public Education (NPE), the largest gathering of education reformers opposed to the corporate-styled privatization of the “school choice” movement.

Ravitch, NPE president and co-founder, told the conference that reformers’ first goal “is to stop privatization because privatization will end public education. Public education is in a fight for survival. Our mission is to awaken every citizen to the threat to take away what belongs to all of us.”

Afterwards, Ravitch, 79, told Capital & Main that privatization has undermined an institution that is foundational to our democracy.

“What the privatizers are doing is they keep selling the same snake oil, school choice, as the answer to the problem,” said Ravitch, research professor at New York University’s Steinhardt School. “School choice doesn’t answer any problem. The biggest correlation in education is between poverty and test scores. If you think the test scores are too low, go to the root causes.”

The root causes, Ravitch said, “are people can’t feed their kids, people live in violent neighborhoods. When the kids go to charter schools and charter schools take the same kids, they get the same results. Sometimes they get worse results.”

Now in its fourth year, NPE’s membership has swollen into the thousands, boosted by the election of Donald Trump and widespread dismay over his appointment of libertarian extremist and avowed public school opponent Betsy DeVos as his secretary of education. In some sense the organization is a logical extension of Ravitch’s highly influential education blog, her widely followed Twitter feed and her body of writing. That writing includes The Death and Life of the Great American School System, the surprise 2010 bestseller in which she detailed her intellectual journey from being an early supporter of charters to the dawning realization that market-based education reform isn’t a reform at all.

“I mean, these are the questions that you ask if you’re a reformer. What is now called reform is, ‘How can we replace the public schools with private management?’ And that is not reform; that is privatization.”

But if ending privatization is their objective, Ravitch and her network have their work cut out. Forty-three states and the District of Columbia have passed charter school laws since Minnesota wrote the first charter bill in 1991. Over the past decade alone, charter enrollment has nearly tripled to an estimated 3.1 million nationwide (with over 600,000 students, California’s charter population is the nation’s largest; Los Angeles’ 156,263 charter students is the highest district enrollment in the country).

And although charters enroll only 5 percent of America’s K-12 students, to the cash-strapped, high-poverty urban districts that have been targeted for charter expansions, that number represents a shift of roughly $38.7 billion per year in lost tax dollars and mass closings of neighborhood schools.

Complicating matters, hard-hit districts and demoralized teachers looking for legislative relief have only found themselves stymied by prominent, putatively liberal Democrats in high places. Governors in some of the bluest states in the union, notably California’s Jerry Brown, have consistently blocked common sense attempts to slow the growth of charters or get them to play by the same accountability and transparency rules that govern public schools.

Obama education secretary Arne Duncan is still bitterly remembered for 2009’s Race to the Top, a coercive, $5 billion “doubling down” on the disastrous legacy of punitive, high-stakes testing and charter school expansion bequeathed by George W. Bush’s No Child Left Behind Act.

“This was a degree of federal intervention at the local level that was unprecedented,” Ravitch said. “And we can look back now and [ask], ‘Did it succeed?’ And the answer is, ‘No, it failed.’ So I’ve often asked myself, because I could go through chapter and verse of why it failed, and why the new emphasis on testing? It failed because every part of it was based on no evidence at all.”

With the ascension of DeVos to the country’s top education job, however, history may finally again be in public education’s corner. Ravitch announced in Oakland that NPE Action, the group’s political arm, will challenge any candidate caught climbing into bed with any part of the Trump/DeVos agenda. It backed up that vow in last summer’s Virginia gubernatorial primary when NPE volunteers helped to widen the margin of victory for “moderate” Democrat Lt. Gov. Ralph Northam over Tom Perriello, a self-described “progressive” backed by the pro-charter PAC Democrats for Education Reform.

“There have been many instances where we have been able to make a difference,” Ravitz said. “When Texas was considering vouchers, we were able to get thousands of our members who live in Texas to talk to their legislators and to email and to visit them. A lot of what we try to do is expose malfeasance and show where the money’s coming from. We keep people abreast of the emerging research consensus [that] charters are not better than public schools, and they’re very often much worse.”

Ravitch doesn’t see NPE’s network-building activism decisively turning the charter tide any time soon, certainly not as long as Trump remains in the White House. But when asked what that success will look like, she quickly ticks off four features:

“Success is when the billionaires realize that they are actually harming schools and ruining the teaching profession,” she said. “When they stop trying to tell teachers how to teach and stop trying to turn education into a business, they will do something truly useful, like opening medical clinics in every school or turning their philanthropy to other endeavors where they no longer do harm.”