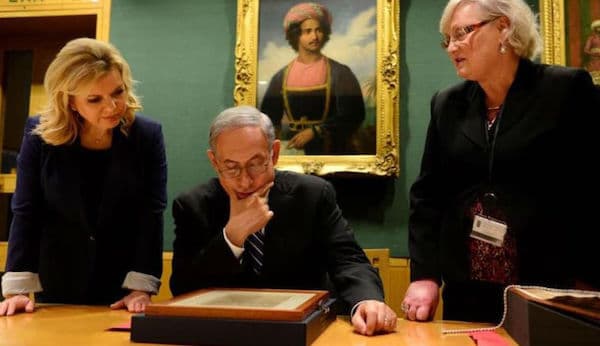 Few historical documents as brief as the Balfour Declaration have had as devastating an impact. I do not want to minimize the European colonization of the Americas, an utterly ravaging catastrophe for the Indigenous peoples of these continents. Nor would I suggest that the Palestinian Nakba is unique in its scope, rather than one more manifestation of the evils of settler-colonialism. Indeed, I believe that seeing the connections between al-Nakba and other imperial ventures is an essential tool for our analysis of decolonization. What I do want to examine is the cursory nature of the wording of that infamous “declaration,” the clumsy tip-toeing around the twentieth-century awareness that the dispossession of the Palestinian people may be anachronistic. For why else would an imperial power, Great Britain, note that while it is favorable to the creation of a “national home for the Jewish people” in Palestine, it also wants to caution against harming “the existing non-Jewish communities?”  Britain had never expressed such concerns about the other lands it had colonized, from the Indian sub-continent to Australia, Africa and North America. Of course, one could comment on the fact that referring to the predominantly Muslim and Christian Palestinians, who in 1917 made up over 90 percent of the people, as “non-Jewish communities” is cavalier, but what is British imperialism if not cavalier, right?

Sixty-seven words. That is the full extent of the “Balfour Declaration,” cited below. Even couched within the official letter formatting, with the place, date, addressee, and closing sentence, the “Declaration” is just over 100 words.

“His Majesty’s government view with favour the establishment in Palestine of a national home for the Jewish people, and will use their best endeavours to facilitate the achievement of this object, it being clearly understood that nothing shall be done which may prejudice the civil and religious rights of existing non-Jewish communities in Palestine, or the rights and political status enjoyed by Jews in any other country.”

Some momentous events require few words. Yet what is interesting, in that brief memo, is the British acknowledgement that Palestine, named and referenced directly, is a recognizable political entity: not trans-Jordan, nor Golda Meir’s flippant “Southern Syria,” her 1969 reference to where the Palestinian refugees came from. Additionally, there is a recognition that the Palestinian people had civil and religious rights, which may be prejudiced by the creation of a “national home” for another people, namely the “Jewish Zionists” whose aspirations Britain was responding to.

None of the cautiousness around the rights of the “existing communities” should detract from the fact that the Zionist vision, from its very inception, was one of settler-colonialism. This is evidenced from the writings of early Zionist visionaries such as Vladimir Jabotinsky, for example, who fully equates Zionism with colonialism as he states:

“Every reader has some idea of the early history of other countries which have been settled. I suggest that he recall all known instances. If he should attempt to seek but one instance of a country settled with the consent of those born there he will not succeed. The inhabitants (no matter whether they are civilized or savages) have always put up a stubborn fight.… It is of no importance whether we quote Herzl or Herbert Samuel to justify our activities, colonization itself has its own explanation, integral and inescapable, and understood by every Arab and every Jew with his wits about him. Colonization can only have one goal. For the Palestinian Arabs this goal is inadmissible. … Zionist colonization, even the most restricted, must either be terminated or carried out in defiance of the will of the native population.”

Jabotinsky wrote The Iron Wall in 1923, and the two politicians he mentions, Herzl and Herbert Samuel, were unabashed promoters of imperialism. Samuel, whose views were influential in the drafting of the Balfour Declaration, favored the full annexation of Palestine into “the British Empire.” In “The Future of Palestine,” he writes that even though the British Empire is so “vast and prosperous” as to not need additional territory, the annexation of Palestine would be different because, “small as it is in area, [it] bulks so large in the world’s imagination that no Empire is so great but its prestige would be raised by its possession.”

Theodor Herzl, considered one of the “fathers of Israel,” also held delusional ideas about colonialism as a redemptive civilizing movement as he concluded his book, Der Judenstaat, published in 1896, with the following: “The world will be freed by our liberty, enriched by our wealth, magnified by our greatness. And whatever we attempt there to accomplish for our own welfare, will react powerfully and beneficially for the good of humanity.”

Global history, however, is proof that there is not a single instance of settler-colonialism which resulted in “powerful and beneficiary” reactions for all of humanity. Instead, colonialism has invariably done significant harm to the people of the land, the “pre-existing communities,” ranging from under-development to outright genocide.

That an imperial power, Britain, would view it favorably comes as no surprise: colonialism is what had turned England into “Great Britain.” Yet England’s awareness of the anachronism of that vision is reflected in the fact that it does not deny the existence of the indigenous people (the Balfour Declaration does not suggest that Palestine is a “land without a people for a people without a land”), and that it does not refer to the indigenous as “savages,” but rather, as communities with civil and political rights. Had the Zionist vision of a modern-day Israel occurred a century or two earlier, there would have been no reference to “existing communities,” and certainly no mention of their civic and religious rights. Those “communities,” however, known today as the Indigenous, or merely as “the rightful owners” of the land, have all seen their civic, political, and religious rights violated by the settlers, because colonialism was wrong in the 19th century, just as it was wrong in earlier centuries. The awkwardness of the Balfour Declaration comes from its being such a late-comer.

In the final analysis, what the Balfour Declaration does show is that an imperial power, by definition, cannot engage in a redemptive project. On the centenary anniversary of the Balfour Declaration, as White Nationalism openly allies with Zionism, one thing must be “clearly understood:” Israel has always been a settler-colonial project, forged in imperial Europe, and whose very visionaries believed in empire, in annexation for their own glory. As such, only an anti-racist, de-colonial struggle can address the problem, redress the harm. This is the understanding behind the alliances currently forming to combat racist supremacy in the US and Israel. And while we are certainly living in dangerous times, we can also take hope in the new grassroots resistance, with its organic understanding of joint struggle, from BDS to anti-fascism.