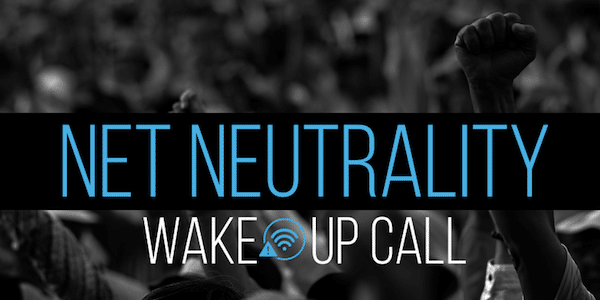 The FCC plan will:

So what will protect us from ISPs that want to censor political speech or stop competition to their old cable-TV and telephone businesses?

According to Ajit Pai’s proposal, companies like Comcast don’t require rules or enforcement to behave. In place of laws and rules, Pai is counting on “public shaming” to keep companies in line.

As for Pai, he’s clearly shameless.

We’ve shown time and again that Title II of the Communications Act is the best and only foundation for Net Neutrality rules we have right now. And it gives the FCC the authority to enforce other important rules about broadband affordability, privacy and competition. Title II works, plain and simple.

But this has never been about the truth for Ajit Pai.

Pai admitted in April, even before he launched this process, that he’d made up his mind to abandon real Net Neutrality. He has lied, repeatedly, about the impact of Net Neutrality on broadband investment. And he has ignored tens of millions of public comments opposing his plans.

The FCC will vote on Pai’s plan on Dec. 14: We need to throw everything we’ve got at this fight in the next three weeks. We’re planning protests across the country, mobilizing thousands of calls to Washington and planning a big rally outside the FCC on Dec. 14.

This is a wake-up call for all of us. We need to fight and we need to do it now if we want to save the internet.