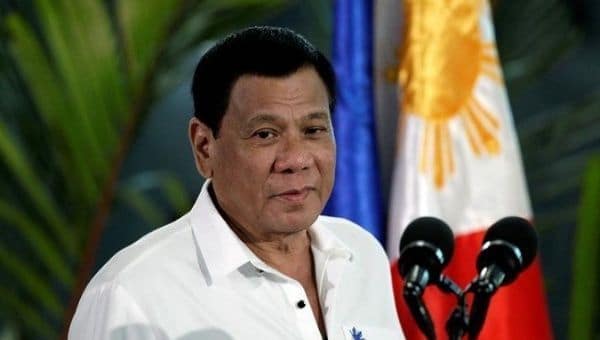 To prove that Duterte is a big liar on the question of coalition government, I call the attention of the Filipino people to the two news stories—one from 2014 and another from 2017. Here is an excerpt of the first story by Germelina Lacorte, “Duterte vows to forge coalition with CPP, MNLF if elected president,” from Inquirer.net (December 28, 2014):

DAVAO CITY, Philippines—Mayor Rodrigo Duterte has firmed up speculations over his interest in running for president in the 2016 elections when he said he would forge a coalition government with the Communist Party of the Philippines if ever he were elected as the next president.

During the Dec. 21 episode of his Sunday television program, Duterte said anew that he hoped the coalition government would end the 46-year communist rebellion.
It was the second time he mentioned about forging a coalition government with the Left. The first instance was during last week’s release of two soldiers held captive by the New People’s Army in Davao del Norte.

And here is an excerpt of the second and more recent news report by Dharel Placido, “Duterte says peace talks with Reds fell through due to ‘coalition gov’t.’,” is from ABS-CBN News (November 24, 2017):

MANILA – President Rodrigo Duterte said one of the reasons peace talks between the government and the communist rebels collapsed is the latter’s goal to form a coalition government with his administration.

The President hinted one of the reasons that prompted him to terminate the talks is the supposed inclination of the communist rebels to become part of a coalition government.

“As it was shaping up during our talks, I already noticed the trend of the thoughts of the other side and when I summed it all, reading from all previous working papers, it would sound like a coalition government,” Duterte said in a speech in Camp Tecson in San Miguel, Bulacan.

“That is why I said in the previous days, I cannot give you what I don’t own and certainly a coalition with the Republic of the Philippines is pure nonsense.”

Duterte does not mind being proven a big liar on the question of coalition government. He thinks that he can move on from success to success at political swindling.

Now, he is being carried away by his obsession to establish a fascist dictatorship through charter change under the pretext of adopting a pseudo-federal system under his overcentralized despotism and terrorism.

Duterte is a consistent political swindler and demagogue who depends heavily on lying. He has vowed to wage a war on illegal drugs. But the problem has become far worse than before because his own family is involved in large-scale drug smuggling and his regime protects the biggest drug lords and protectors at the level of governors and generals, while engaging in the mass murder of more than 14,000 poor suspected drug users and pushers.

He has vowed to wipe out corruption. But he got himself elected to the presidency of the reactionary government by allying himself with the extremely corrupt families of the Marcoses, Arroyos, Estradas and others to add their bailiwick votes to his own bailiwick vote in order to get 39 percent of  the total vote in 2016 elections.

In exchange, Duterte has let them off the hook on the charges of plunder and corruption. He himself has amassed a great amount of undeclared wealth by collecting huge campaign funds in billions of pesos from 2014 to 2016.

As a president in a rush to become a fascist dictator, he expects to have limitless opportunities for bureaucratic corruption like his idol Marcos, especially in overpriced infrastructure projects, government purchases and cheap sale of raw materials.