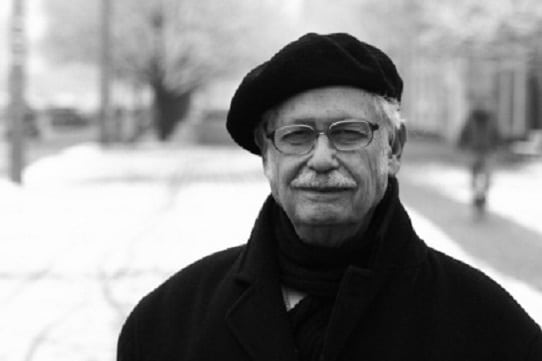 Berlin and Germany offer plenty to write about, mostly unpleasant. None of it is burningly new or urgent. Bargaining on forming a new government will last well into 2018, with little prospect thus far of change for the better, or of hope generally. So, with this a holiday season for so many, I decided to stray briefly from politics—if that is possible.

As an old birdwatcher, absence from my US homeland meant losing friends of my young years, even birds so common they were taken for granted: robins, blue jays, cardinals, redwings, hummingbirds—and recollections of breathtaking rarities like the scarlet tanager. Over the many years I missed such winged friends almost as much as some human ones.

But by and large I accepted my new home, all the more happily thanks to my wonderful wife and my sons, and all the more hopefully, especially during the first decades, thanks to many achievements I saw around me. No, not everywhere, and not without blunders and blemishes, but pointing in so many ways towards a happier human future.

I gradually became friendly with the fauna here. No tanagers, warblers or hummingbirds, but I could rejoice to see a tiny kingfisher dart suddenly, in a swift, straight, bright blue flash, across a wooded stream. Or smile at the big white storks, clacking their beaks on rooftops in lucky villages or striding with dignity behind a farm machine, hunting unearthed mice or worms. What a treat it was when a sky lark flew high, high into the sky—a mere dot—while twittering its joyful melody. And nothing could surpass, by day but most wonderfully in an otherwise silent night, the melancholy sobbing beauty of a nightingale song.

But, growing older, I did far less traveling and had fewer opportunities to visit the countryside. Raised largely in Manhattan, I felt comfortable even near the center of East Berlin, and the new housing behind our building was scattered spaciously, with a large kindergarten and nursery play area, framed by ever taller, beautifully blossoming chestnut trees, ringed by countless lilac, forsythia and a dozen others shrubs whose names I never learned. But urban bird life here was limited to less than a dozen species, with only rarely the surprise of a less common visitor.

My attention could not be limited to birds, of course. The years, and a series of tumultuous, if bloodless events, often less than a mile away, brought many, many changes, major changes. The chestnut trees and lilacs remained, but the school and playgrounds, refurbished at first, were then allowed to deteriorate. The wading pool, once filled with joyful children, many unashamedly naked, was closed down. While rents soared, our jolly semi-annual communal clearing and prettifying of lawns and shrubbery was forgotten, as well as the occasional house get-together, feast or outing.

Even before the big change here—in German Wende, or U-turn—local retail shops were in retreat before supermarket advances. But then this speeded up, and the new supermarkets were no longer publicly or cooperatively owned but became links in three or four giant chains, like Aldi and Lidl, which offered a broad new expanse of commodities, some hitherto unavailable or even unknown if from far-off tropical lands, but where the smell of exploitation and feared job loss was never completely absent.

Our main streets offered new cafes and foreign restaurants—and I had always missed the Chinese, Italian, Indian and other foreign dishes. But on the sunshades of even the nicest cafés we were urged to try Lucky Strikes or Camels. Did I only imagine that overhead, though bitter confrontation in this once-divided city had long since ended, there were far more whirring helicopters and fighter-plane tracings in the sky? Not imagined, sadly, were the mute appeals for small change by the woman standing outside the supermarket door, nor the figures of sleeping men—once or twice a woman—bundled up and trying to sleep on the hard cold floors of our subway station, an obscene privilege offered them in icy winters.

But I must not grow bitter, especially not in a holiday message! And I had a fair pension and was never in need, every new technology was available (in my case almost only a computer), and travel to all the world had become possible; also, after 42 years, to my homeland. Like all who were able to, I made the best of life and enjoyed what I could. And there were certainly things to enjoy.

One of them was surely unusual—and here I return to my avian interests. Crows are not many people’s favorite birds, but for me the autumn return of the rooks, a form of crow, brought an annual joy. The handsome birds, with a violet-metal sheen under the black color, invade the city and really take over, waddling around, digging for food in all the lawns, and eying passersby not merely fearlessly, from less than a yard away sometimes, but with an arrogant challenge in their beady eyes: “Who permitted you to trespass here on my territory?!” With luck, early in the morning or at the right time late in the afternoon, one could watch swarms of them, circling together beautifully in ever-larger numbers, often in the hundreds, then flying off to cross the city and spend nights in the woody central park, the Tiergarten.

One year ago I waited in vain. All winter long I saw less than a handful. My almost subconscious reaction was, I confess: “My God, with their climate warming or whatever they have even taken our rooks away! They are staying in their far-off breeding areas and no longer coming to us, like American “snowbirds,” for their winter vacations!” (This year I might have been led to wonder, instead, if it was not again “those Russians” and Putin?) Whoever was to blame, I missed them on my daily strolls, and even moped a bit.

But hurrah! This year they are back again and are here now, cawing away while adorning almost every second lawn with their gracious presence.

Yes, there is still hope in the world, was my illogical feeling as I happily stared back at them.

In March or April they will leave again, like every year. But I will have new hopes then, spring hopes that my other favorites, the skimming, tweeting, amazingly swiftly fluttering chimney swifts will be back, also dark against the sky, darting and twisting while speeding near my kitchen window in their search for mosquitoes and other creatures, unliked by us, enjoyed by them. And for me, somehow, their joyous twittering flight is also a symbol.

With rare luck, I might even hear, a second time, loud thrilling calls and look up to see a group of migrating cranes flying high above me, another hopeful symbol of purpose, togetherness and freedom!

Yes, despite everything, I am moved to a spirit of hope for 2018. Good things may happen or be won—although, I am well aware, not by birdwatching. Yet the fights which must be fought and difficulties endured may perhaps be a mite easier and lighter if accompanied by occasional deep breaths of nature with its simple joys, and the freedom hopes, the values and solidarity I sometimes found there and enjoyed so greatly, may also contribute just a little to efforts of good people everywhere in our good cause.

May it indeed be a hard-fought but sometimes successful 2018, with occasional joys and pleasures for all my friends, relatives, and readers.

And anyone interested in the background of my feelings and actions may wish to find out more in my autobiography, Crossing the River. A Memoir of the American Left, the Cold Wear, and Life in East Germany (U. of Mass. Press).