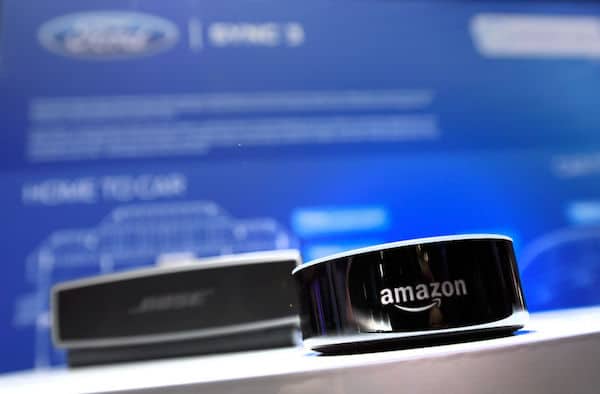 When e-commerce monolith Amazon introduced the Key in October, it was the latest in a series of innovations aimed at making our lives more user-friendly. Available exclusively to subscribers of Amazon Prime, the Key system—which consists of a programmable smart lock for the front door of one’s house, and a high-definition camera mounted nearby to record the activity of those who come and go—allowed users to have “Amazon packages securely delivered just inside your front door,” as opposed to having those purchases left on a front porch or in a mailroom.

Social media mockery came swiftly. “Hell no,” read one tweet. “I don’t even give a key to relatives.” “Amazon Key is a new service that allows strangers to enter your home, steal your Xbox and let your cat out. Free with Amazon Prime!” joked another. “Amazon Key [is] gonna have all kinds of psychos signing up to be delivery men,” one user theorized.

Amazon Key is a new service that allows strangers to enter your home, steal your Xbox and let your cat out. Free with Amazone Prime!

After several weeks on the market in a pre-Christmas push, vulnerabilities in the system began bubbling to the surface. The Today Show aired a segment in which a hacker was able to cut a homeowner’s Wi-Fi and enter the home, undetected. The Washington Post ran a review of the product in which the user expressed an overwhelming sense of existential dread simply from being locked into an “all-Amazon world.”

This all gets at a larger point: What are the physical and psychological repercussions of the Key, and what does it mean to live in a world that is increasingly reliant on our personal information? What we are giving up, by implementing the Key? And at what cost?

Researcher Rebecca Balebako of the RAND Corporation compares the give and take of tech and privacy to “sharing a secret with a friend so they can help you.” In order to receive this “help” you must trust that they can keep the secret between the two of you. This requires a sort of decision-making in itself: When you give your Social Security number to an online banking system, you trust that friend will use such data for its intended purpose; when you ignore spam emails from a supposed Namibian Prince requesting the same information, you assume such a friend will not be able to keep your secret.

Still, even in the trustworthy sphere of the digital world, Balebko explains that the mass inconsistencies in how our privacy is protected from platform to platform make it difficult to truly define a privacy violation. For some, that sense of violation occurs after seeing a targeted ad while scrolling through their Instagram feed. For others, they “aren’t concerned at all, or they think the tradeoff between the risks and convenience are worth it,” Balebako says.

At fault for these variegated notions is the widespread inconsistency in software development. “Software developers often place implementing privacy protections at a low priority, or they just don’t know the best practices,” she says. Regardless of where one falls on the spectrum of suspicion, Balebako warns, “these are real risks.”

With a company like Amazon, one is given the cozy sense that they are safe among millions of users. Why would they, as an individual, be put in any danger? Yet as we learned from the massive Equifax security breach, there is no safety in numbers. In the case of Equifax, millions of Americans’ most private information has been laid bare due to a software design flaw, the details of which are not entirely clear to the public or, perhaps, to the company itself.

Beyond one’s basic financial details, there are concerns about how data recorded by the Key camera could be used by the company or accessed by third parties. Could someone hack these cameras and gain insight into one’s private life or information about how to access one’s home? Are Amazon’s servers any more secure than Equifax’s or Anthem’s? And yes, the conspiracy theorists must know how this new product plays into Amazon’s $600 million contract with the Central Intelligence Agency.

The element of the Key that’s provoked the strongest reaction is the idea of consenting to another autonomous individual entering one’s private space for the sake of delivering a pair of shoes or an electric kettle. In bringing another human into our homes, the Amazon Key introduces a physical representation of the fears that are so easy to ignore when one is typing their mother’s maiden name into a website that has been branded to gain your trust. Regardless of the ethical standards upheld by any particular delivery person, it requires us, as a society, to make an immense leap of faith into uncharted territory—while simultaneously holding a mirror up to the leaps of fail we’ve unknowingly taken to arrive at this point.

Much of the conversation around tools like the Amazon Key place some sort of blame on the person entering one’s home, and yet the power of its user poses just as great a potential threat. In addition to the package delivery element, the Amazon Key encourages use for dog walkers, housekeepers, and temporary guests. But accompanying this notion is a new level of casual, constant surveillance that homeowners will be able to enact on service workers. In addition to receiving a notification when one’s door is opened, Amazon Key users will also get a video recording of activity at the front door, sent directly to their phone via the Amazon app.

Perhaps this is a straightforward engagement when a package is being dropped off by a stranger immediately inside one’s door, but when people like babysitters and housekeepers—workers that a homeowner theoretically has a human relationship with—can be regularly monitored, questions are raised about how the Amazon Key allows its users to participate in a new sort of surveillance state. Suddenly, Amazon Key users are the “friend” in Balebako’s analogy, responsible for upholding one’s own code of ethical privacy standards. One can’t help but wonder, is enabling users with the powers of surveillance a consolation prize for enabling a product that, at first glance, feels morally dubious?

It is true that technologies similar to the Key already exist. Companies like Nest market their products toward helicopter parents eager to see when their children have arrived home from school. What sets the Key apart is Amazon’s status as one of the largest and most powerful companies in the world. While the brand already has so much unfettered access to people across the globe, the Key encourages one to physically bring this corporation into the home, and participate in data collection of one’s own life.

Yes, it’s possible that the company is less concerned with the safety of one’s home than they are with their profit margins. In 2016 alone, Amazon faced an unprecedented $7 billion in shipping-related losses. No doubt the otherwise-successful company is interested in reducing this number drastically, which the Key is all but guaranteed to do. Still, if the Key is but a corporate strategy painted as a client-facing solution, it is all the more likely that the company will use a light touch in implementing privacy protocol. (Amazon declined to comment to Pacific Standard  specifically on the Key, but reinforced the safety and integrity of its system.) Even if Amazon is not especially interested in studying the interiors of our homes, they must still take accountability for participating in a subtle yet sudden shift in the way we interact with technology—pushing U.S. deeper into a rabbit hole of dystopia branded as “innovation.”

The Amazon Key is a sharp, sudden relaxation of the status quo that leaves U.S. blindly grappling for the ephemeral definition of privacy in the 21st century. Our DNA is not private. Our television sets are listening to us. Our search terms are sold to advertisers. Even as you read this article, there is no doubt a laboratory somewhere in Palo Alto where an eager young company is building a “bigger, better” version of the Key. These statements may sound like outbursts of a tinfoil hat-wearing recluse, and yet they are realities coming at U.S. so fast we can do little else but embrace the helplessness of being human in an increasingly disturbing historical period. Perhaps this is the fear at the heart of the Key: a realization that we are powerless in the face of our new normal.