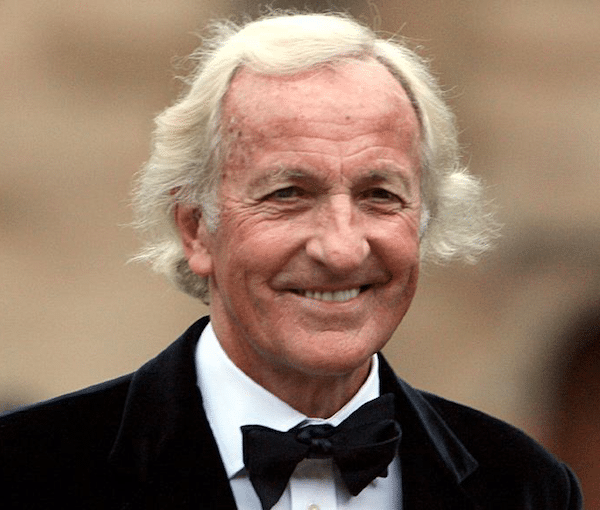 Noted journalist and filmmaker John Pilger’s collection of work has been archived by the British Library, but deep-rooted problems of Western media create an increasingly difficult landscape for ethical journalism, as Pilger explained in an interview with Dennis Bernstein and Randy Credico.

Emmy award-winning filmmaker John Pilger is among the most important political filmmakers of the 20th and 21st century. From Vietnam to Palestine to atomic war, Pilger’s work has been on the cutting edge, and his stinging critique of western media has always be revelatory. And, no doubt, his biting analysis is more relevant and important now than ever. His latest film, “The Coming War on China” powerfully presages the growing potential for war between the U.S. and China.

Randy Credico and Dennis J Bernstein spoke with Pilger on January 18 about the multiple failures of the corporate press in fanning the phony flames of Russiagate, and turning its back on Julian Assange–acting more like prosecutors than journalists, whose responsibility it is to monitor the centers of power and report back to the people.

They also spoke with Pilger about the recent decision by the British Library to acquire his substantial works and invaluable archives and make them readily available to a much wider audience.

Dennis Bernstein: Congratulations, John. Your work has now been made a part of the collection at the British Library.

John Pilger: To see all my written work over the years go onto a single hard drive was a sobering experience.  I am pleased, however, because now in the digital age people can access all of my work and I myself can access information I may have forgotten.

Dennis Bernstein: I would like to read a little of what they said on the record when they welcomed your material into the library. They write, “Throughout his career, John Pilger has demonstrated the power and significance of investigative journalism in uncovering stories of people who have been ignored by the mainstream media or left otherwise without voice. His groundbreaking work in Cambodia revealed the devastation caused by the Khmer Rouge and his film Year Zero: The Silent Death of Cambodia has subsequently been described as one of the ten most influential documentaries of the twentieth century.”

I would like to read now a little of the statement that you sent to the World’s Socialist Conference where they were discussing the deep nature of censorship. You wrote, “Something has changed. Although the media was always a loose extension of capital power, it is now almost fully integrated. Dissent, once tolerated in the mainstream, has now regressed to a metaphoric underground as liberal capitalism moves toward a form of corporate dictatorship.” And it is getting worse at an exponential rate, wouldn’t you say?

John Pilger: Yes. Chris Hedges is an example of that. He was right in the mainstream at The New York Times and now finds himself outside it. Another example is America’s most celebrated investigative journalist, Seymour Hersh, who it appears now can only get published in Germany. Hersh has effectively been ejected from the mainstream in the United States.

In my own case, I navigated my way through the mainstream. My films are still shown on commercial TV in Britain. My written journalism, however, is no longer welcome. Its last home was The Guardian, which three years ago got rid of people like me and others in a kind of purge of those who were saying what The Guardian no longer says anymore.

That has happened right across the liberal media. The Washington Post– which is at the moment going through a period of self-aggrandizement with the release of the film The Post– is also the notorious source of a site which listed some of the most distinguished dissenting sites in the United States, including Consortiumnews, Black Agenda Report, Counterpunch and others, as sources of Russian propaganda. It is forcing all of us into this margin, when really the mainstream is in the margin and the margin is in the mainstream.

Dennis Bernstein: Could you talk about the work of Julian Assange in the context of this corporate censorship machine?

John Pilger: Julian Assange has personally borne the brunt of much of this historic shift. He and Wikileaks have exposed so much, and that is unforgivable. There is no doubt that what Wikileaks has done is the most important disclosure journalism of my lifetime. Around the world, politicians who have been deceiving the public have been caught out by the revelations of Wikileaks.  It is quite an epic achievement.

Anger has been directed at Julian by people in the media who have been shamed by Wikileaks. Because Wikileaks did the job that journalists ought to have been doing for many years. Wikileaks has done it across such a spectrum and put to shame those who are paid to keep the record straight. That has been Assange’s crime.

Dennis Bernstein: It has come to the point where to tell the truth is to commit professional suicide.

Randy Credico: At the recent World Socialist Conference, Julian Assange warned of what he called the “super states” on the internet and how much power they have–the Facebooks and Googles, etc.

John Pilger: He raised the whole specter of artificial intelligence and how it can be abused by the undemocratic forces that control so much of the world. I think what he had to say was very interesting and extremely timely. It is important to remember that Assange is a refugee and that the refugee is almost a symbol of our times. There are those who try to cross the Mediterranean and don’t make it or who cross deserts to get work to support their families.

Julian is a political refugee who is trying to inform us of something we either don’t know about or are unwilling to talk about. The United Nations has recognized that he is being detained unlawfully. It is interesting to hear what he says but we also have to keep an eye on his welfare. His situation should be a burning issue for journalists everywhere. If it can happen to him, it can happen to any of us.

Randy Credico: A lot of mainstream journalists complain when Trump refers to them as the enemy of the people, but they have shown themselves to be very unwilling to circle the wagons around Assange. What is the upshot for journalists of Assange being taken down?

This latest film about The Post neglects to mention that The Washington Post was a passionate supporter of the Vietnam War before it decided to have a moral crisis about whether to publish the Pentagon Papers. Today, The Washington Post has a $600 million deal with the CIA to supply them with information.

Media in the West is now an extension of imperial power.  It is no longer a loose extension, it is a direct extension.  Whether or not it has fallen out with Donald Trump is completely irrelevant.  It is lined up with all the forces that want to get rid of Donald Trump.  He is not the one they want in the White House, they wanted Hillary Clinton, who is safer and more reliable.

Dennis J Bernstein is a host of “Flashpoints” on the Pacifica radio network and the author of Special Ed: Voices from a Hidden Classroom. You can access the audio archives at www.flashpoints.net.