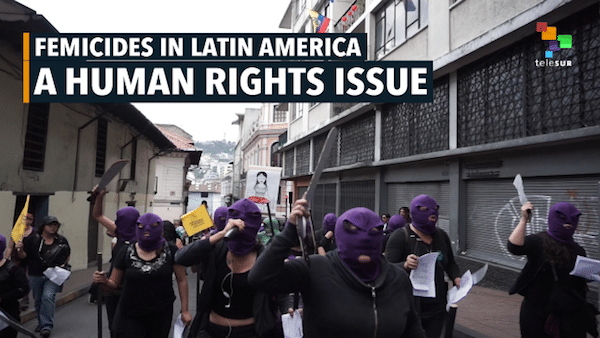 On Sunday, the international press agency EFE did not have enough words to praise the not-even-that-new initiative of a Mexican “seduction school”, lamenting that this kind of workshop remains largely “taboo” in the country.

“Each course will teach the biological and social grounds of seduction” reads the article, less than two weeks after the media recalled worldwide the birth anniversary of French philosopher Simone de Beauvoir. Beauvoir is famous for arguing almost 70 years ago that “One is not born, but rather becomes, a woman”—in other words, gender identity has little to do with biology but is the result of a social construction.

Although Mexico’s seduction school has been opened for a couple of years and received since then extensive media coverage, including a feature in Playboy Mexico last September, EFE found relevant to report on the school as a new cycle of courses is starting this month.

For the trifling sum of U.S.$725, beta males will have the unique opportunity to learn how to become “social sharks”—in the words of EFE’s article— during five-months of evening classes about “body language, verbal language and how to perform it—for instance how to stand (on the feet).” 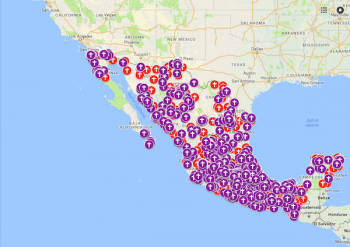 Besides a potential waste of time and money, nothing too harmful, one may think. At least nothing that seems related to the steady rise of gender violence in the country registered over the past years, despite a quite aggressive terminology like “wake up the warrior in you”—as the second part of the class is titled.

On Sunday, Mexican authorities updated the country’s official homicide tally for 2017, finding a staggering 72 percent rise in femicides in the past two years. At least 2,585 women were killed in 2017, adding up to the 52,210 women killed registered by UN Women since 1985. An October survey by Reuters found that Mexico City was the fourth most dangerous city for women in the world, while 12 states of the country have been placed under “gender alerts” with specific emergency measures attempting to protect women.

How can Mexican men be portrayed as too “shy” and “insecure” to even dare to ask a woman out, yet killing women at higher rates than most other areas in the world? Are they killing them because they don’t dare to approach them?

The UN Women’s report establishes a clear link between Mexico’s “patriarchal, misogynist mindset” and gender violence. “Violence against women and girls—which can result in death—is perpetrated, in most cases, to conserve and reproduce the submission and subordination of them derived from relationships of power,” stated the report’s authors. “This means there has been no success in changing the cultural patterns that devalue women and consider them disposable, allowing for a social permissiveness in the face of violence and its ultimate expression: femicide.”

Two months ago, one more case of femicide deeply shook Mexican society, when teenager Mara Fernanda Castilla was killed by the Cabify taxi driver she had ordered to return home after a night out.

After her murder was made public, one of Castilla’s earlier tweets resurfaced, when she had participated in a feminist campaign #IfTheyKillMe ridiculing the double victimization Mexican women faced today—being killed, and then being blamed for having risked their lives. “#IfTheyKillMe it is because I liked to go out at night and drink a lot of beer,” she said only one month before she was assassinated.

While Castilla’s murder received national and international media coverage, the research found that in most cases femicides are carried out by partners or ex-partners, and rapes by friends or acquaintances—in Latin America and beyond. According to the UN, of all women victims of homicide globally in 2012, almost half were killed by intimate partners or family members. In Europe, 43 percent of women in Europe have experienced some form of psychological violence by an intimate partner in their lifetime.

As for Mexico, men also likely kill more women than most other regions of the world because they can: the high levels of impunity also explains the higher rates of homicides in general and the increase of homicides in recent years.

After all, gender violence across the world is rooted in the same misogynist stereotypes and patriarchal culture everywhere—transmitted via traditional seduction practices, among others.

But according to EFE, Mexico now counts with a professional “pick up artist” who seeks to challenge “gender stereotypes.”

Miguel Carrion started coaching nine years ago when he realized he was too shy to “even raise the hand to stop a bus in the street,” until Canadian pickup artist Erik von Markovik—known as Mystery— finally gave him the inspiration to fix his insecurities.

Now he proudly exhibits his biceps and the same Batman-shaped neck pendant on all TV platforms, while paradoxically asserting that men don’t need to be tall, muscled and wealthy to “conquer” a woman but—lucky for them— personality matters.

“Men are attracted by women at first glance, the way they look, while women focus on personality and leadership, so men need to buy time so they can demonstrate their personality traits,” he asserted in an interview. “Nowadays, we are all confused with gender roles because women become more and more masculine, leadership, power, money, etc…” he believes.

Basically, the school replaces sexist stereotypes with other ones, more capable of curing men’s insecurities.

Encouraging self-confidence and interior beauty could have seemed like a good idea. But if the school first encourages men to be themselves, the last course helps them fitting to stereotypes that women find “more attractive than others”, teaching them how to embrace an “alpha male lifestyle” based on a “code of honor” inspired from “the Aztec culture” as they claim—sexism was not born today.

The school’s Instagram account regularly ridicules the “respectful guy” who “drinks light beer,” gives away compliments and favors—and worse! who always asks politely women: “with all due respect, could we…?”

The main reason women allegedly reject men is because they can feel men’s insecurities, so men just need to “grow a pair” and interpret the complicated female mind: “the highest sign of interest” a man can expect from a woman, is “basically a woman standing in front of you, interacting with you: and nothing else,” he said with a laugh.

Such a narrow definition of consent is typically what foments a rape culture across the world, as growing criticisms of “pickup artists”—professional sex harassers, depending on the point of view— have shown. But the link does not seem that obvious for the regional press agency EFE, even in a country that registers one of the highest rates of femicides in the world, on the day the official estimate found they skyrocketed by 72 percent.