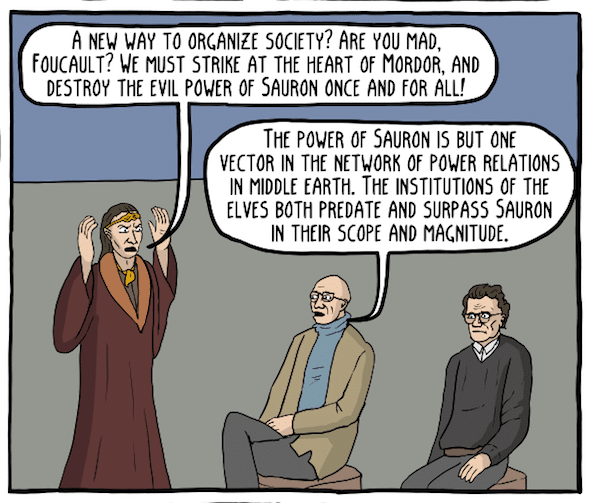 The following comic was created by Corey Mohler, a Portland-based software engineer who started Existential Comics in 2013. For more information about Existential Comics see this fascinating interview with Mohler published by the American Philosophical Association. —Eds. 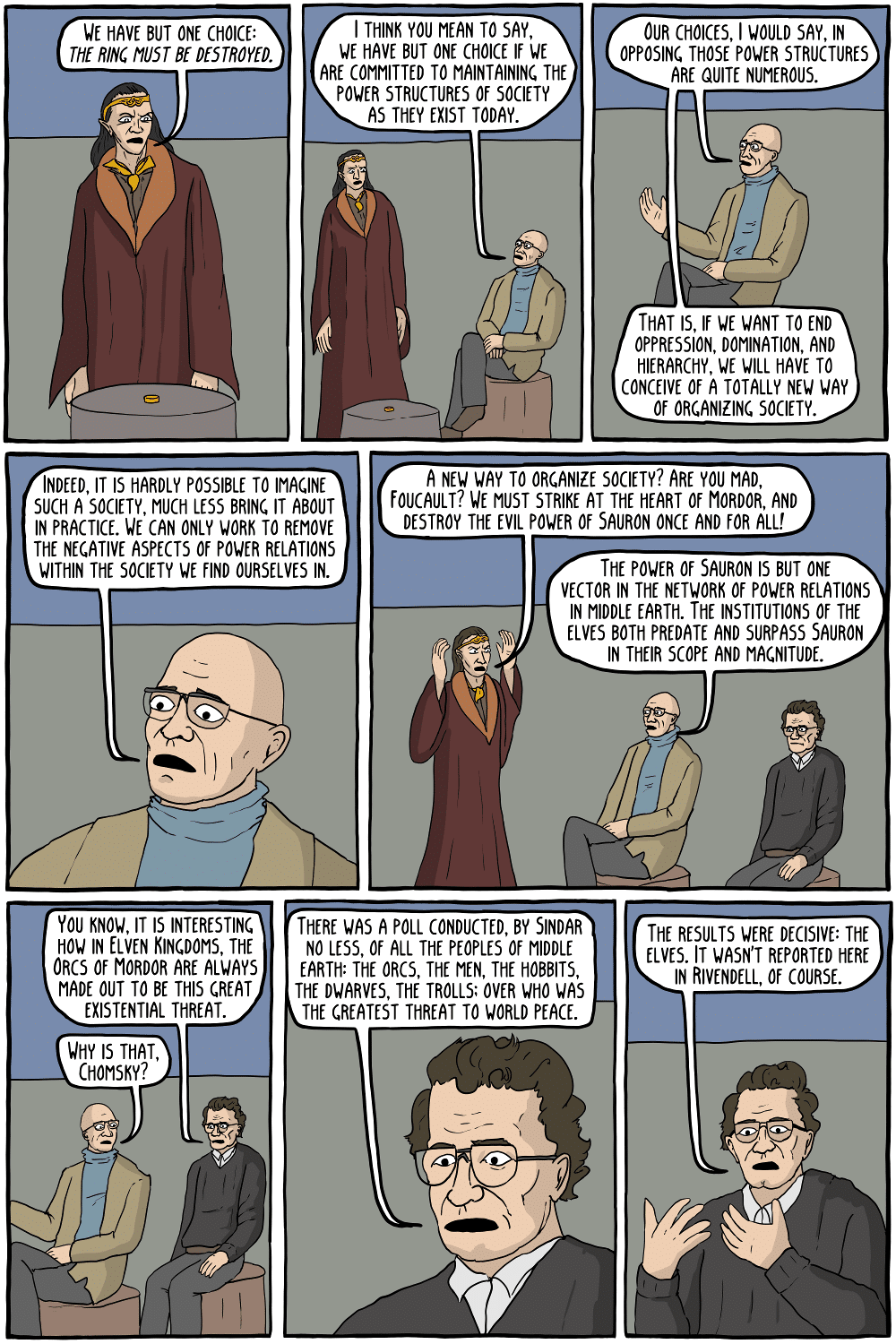 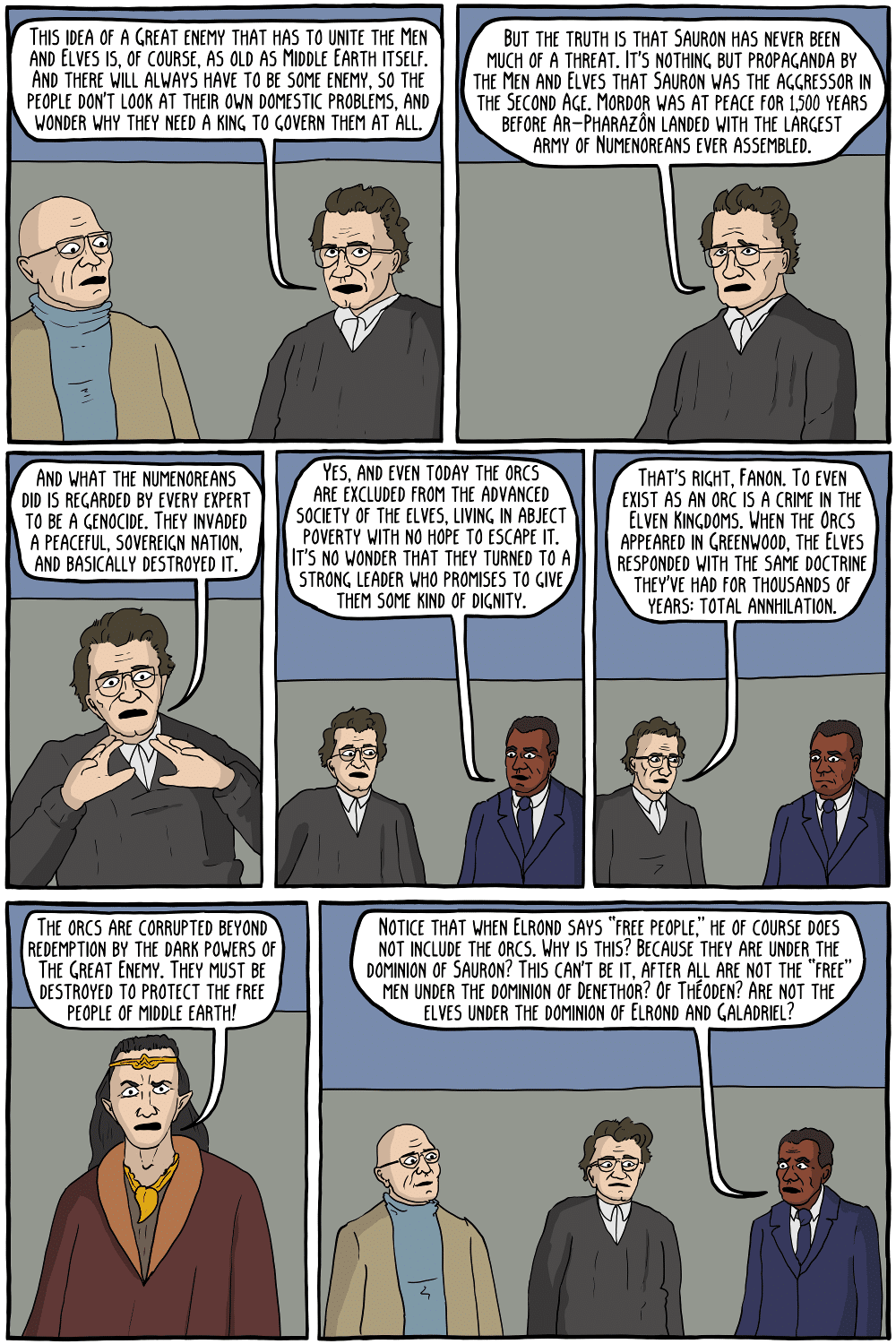 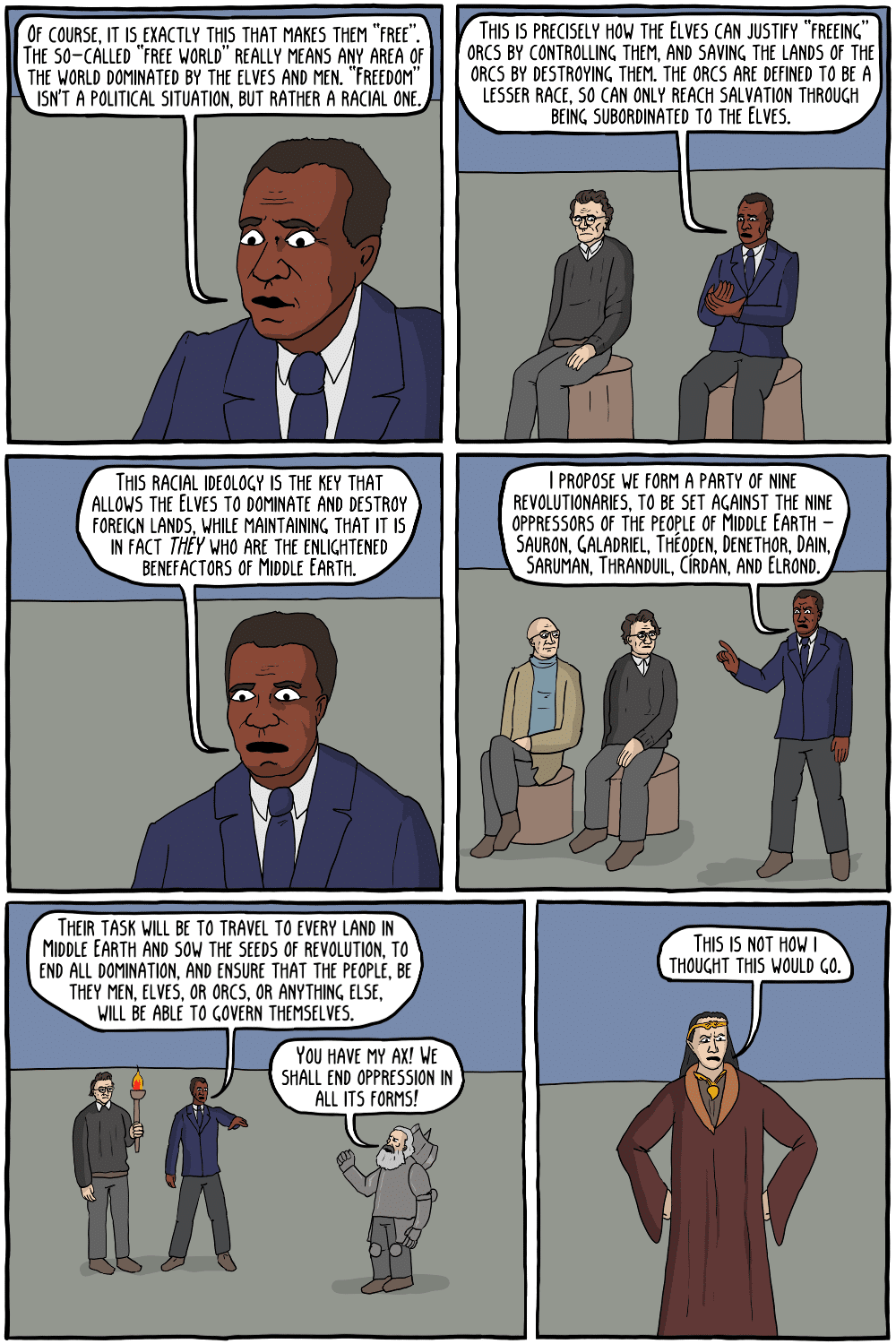 Foucault, Chomsky, and Fanon are all radical leftists in one way or another.

Foucault is best known for his analysis of the power structures in modern European societies and how they have evolved in the last several centuries. His work examining institutions such as hospitals, prisons, and schools had an enormous impact on sociology, philosophy, and leftist thinking. He rarely gave any positive accounts of what we should do, and in fact refused to give an account of what an ideal society would look like in his debate with Chomsky. Because of this, it is hard to say exactly what he thought we should do, but he was probably some kind of anarchist.

Chomsky is best known for his political criticism of Western society, the United States in particular (in the context of what’s presented this comic at least, although I wouldn’t be surprised if Elrond were some kind of linguistic persriptivist, so maybe he would have criticism on that front too). He explains how the powers in the United States are mostly committed to protect the wealthy property owners, and expanding their interests and assets abroad and within the Country. Some of the parts in the comic are direct parallels to things he brings up, such as a poll that was conducted where most of the world believes the United States is the number one threat to world peace.

Frantz Fanon was a radical anti-colonial philosopher and psychiatrist, who is best known for works such as The Wretched of the Earth where he makes the case that Marx did not understand how intertwined racial ideology was with capitalism. He says that it is a crucial element in allowing European powers to maintain their colonies, and expand their ownership and domination of Africa and elsewhere, while at the same time believing they are helping lift the colonies from poverty, and educating them. Without this ideology, which existed in Europe, and was exported into Africa itself, the colonies would collapse. He worked in his life to help free Algeria from French colonization, and also wrote prolifically on the psychological and phenomenological aspects of living in colonized Africa, under European rule.