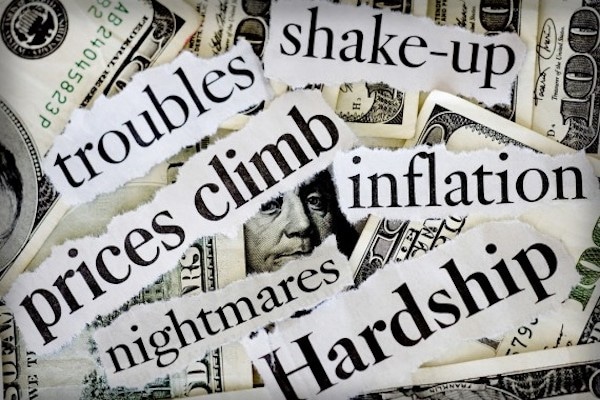 The current expansion has gone on for 102 months. Only the expansions from March 1991 to March 2001 (120 months) and from February 1961 to December 1969 (106 months) are longer. Unfortunately, growth during this expansion has been slow and the gains have largely gone to a very few. And there are signs of economic trouble ahead.

The figure below shows that the rate of growth of GDP per capita during this expansion has been significantly below those of past expansions. 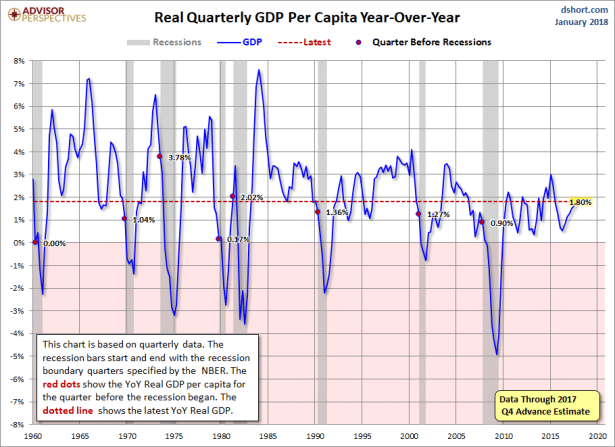 Weak business investment, as illustrated below, is one reason for the disappointing economic performance. 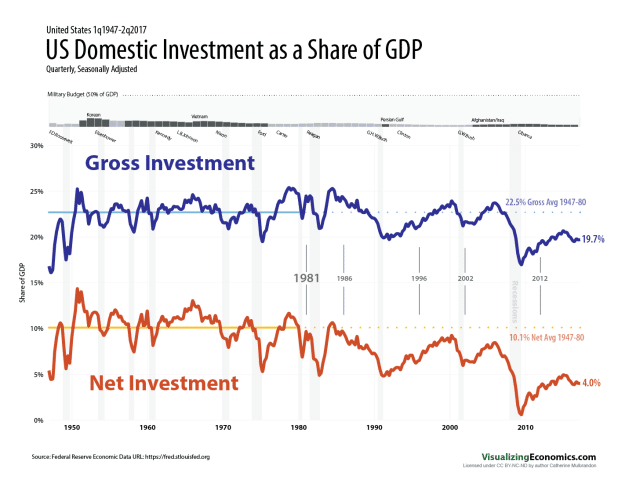 Corporations have certainly made money during this expansion. It is just that they have been more interested in using it to pay dividends and buyback their stock to push up share prices rather than spend it on new plant and equipment. As Nomi Prins explains, and as illustrated in the next figure, “companies have been on a spree of buying their own stock, establishing a return to 2007-level stock buybacks.” 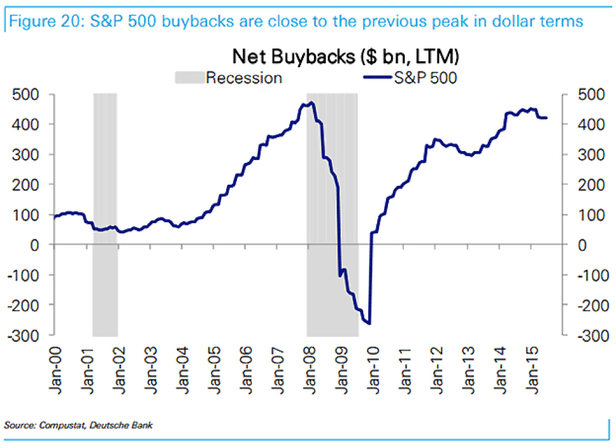 Not surprisingly, then, growth, as the next chart shows, has recently been driven by private consumption. 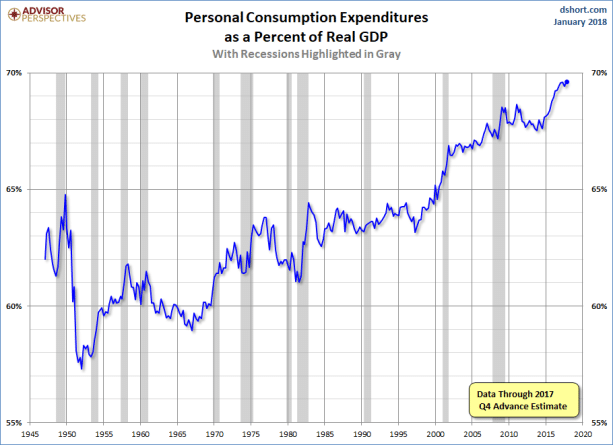 However, as we see below, for the last two years that consumption has not been supported by earnings. 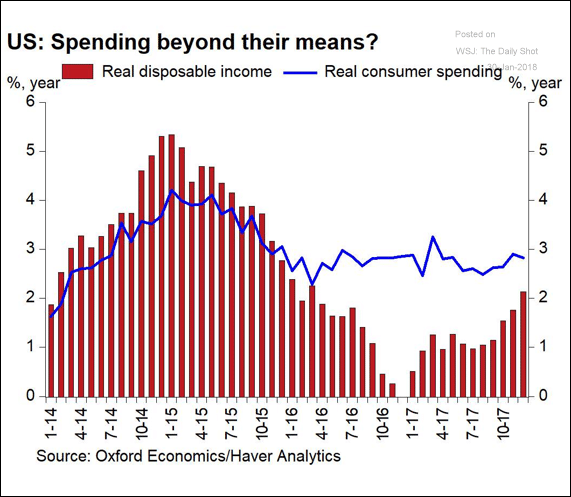 Moreover, despite the length of the current expansion, median nominal wage growth not only remains low, it has begun to turn down. Thus, we are unlikely to see any significant boost in median earnings. 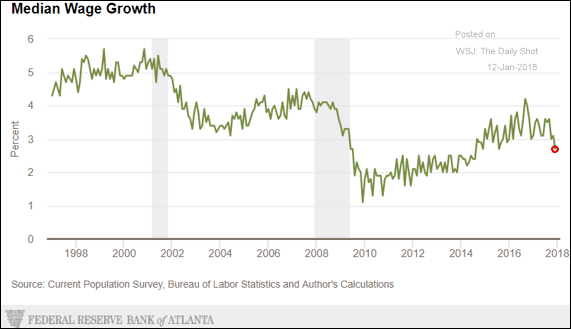 There is another reason to doubt that consumption can continue to grow at its current rate. As the Wall Street Journal Daily Shot Brief notes:

While economists expect consumption to remain strong this year (helped in part by the new tax bill), it’s hard to see the U.S. consumer staying this enthusiastic for too long. That’s because the savings rate as a percentage of disposable income is at a decade low. 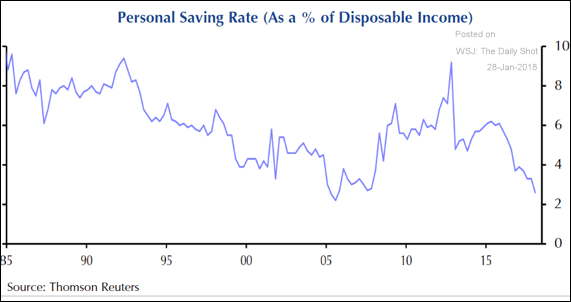 At some point over the next year or two, perhaps triggered by interest rate hikes or a fall in investment due to a decline in the rate of profit, the expansion will end. Majority living and working conditions, already under pressure, will then further deteriorate.  We face big challenges ahead.