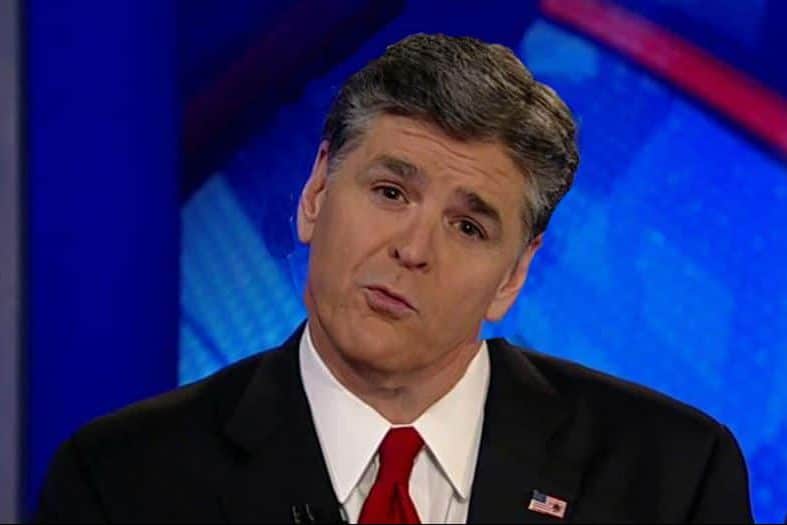 Friday and Monday the stock market took a huge drop and Trump’s opponents went a little mental over it. That’s really not very interesting, stock markets drop from time to time for all kinds of reasons. What makes it in any way relevant is that Trump continually claims credit for the market having gone up since he took office, even though it’s gone up steadily for almost a decade now. And that means Trump’s sycophants have to find some explanation for it. Let the fun begin with Sean Hannity, who of course blames it on Obama:

SEAN HANNITY (HOST): Because the Obama economy was so weak all of these years we had just artificially cheap money. Now what’s cheap money? Cheap money is when you can borrow at ridiculously low rates. The era of cheap money at some point has to come to an end. The government has artificially, the Fed has artificially kept the price of money down and the price borrowing down and now that’s going to come to an end. In many ways it represents; Ashley Webster is the name? In many ways it’s a sign of the strength of the economy more than anything else.

That’s not circular reasoning, it’s silly straw reasoning. Hey Sean — when the economy is recovering from a recession, the Fed keeps interest rates low in order to spur borrowing and thus investment. That means money is “cheap.” Do you have an alternative you’d like to propose? Perhaps you’d like to make it harder to invest money during a recovery? Because that would really help spur economic growth, wouldn’t it? Oh, by the way, Obama had nothing to do with it. The president does not set the interest rates, the Federal Reserve Board does.

Then Alex Jones had to take a turn at it. He, of course, declared it all a “false flag” and a conspiracy against Trump:

Is the historic -1500 DOW drop a false flag by the big banks? Should we investigate Goldman Sachs?!

On his show, he followed up by saying, “This is a big, big deal and again, this is economic warfare, undoubtedly, against this president. They’ve been trying as hard as they can. There he is touring the country, getting thousands of factories back, and now this happens. You better believe something this big is meant to embarrass him on his big economic tour he’s involved in.” I love how they pretend that Trump is not himself a creature of Wall Street. Josh Bernstein continues that theme, but he adds commie pinkos to the equation:

Tax cuts are clearly working. Pension funds are growing. Stock Market is smashing records on a daily basis. Now without any signs of trouble the down loses a 1,000 points? I don’t buy it. 70% of Wall Street are Ivy League educated Marxists. The left knows the GOP tax cuts are working. They witnessed the stellar performance of our President at the SOTU address and now exposing deep state corruption.His REAL approval numbers are close to 60-65% and their Russia collusion BS story has completely unraveled. So naturally call their left wing buddies on Wall Street to SABOTAGE the economy.