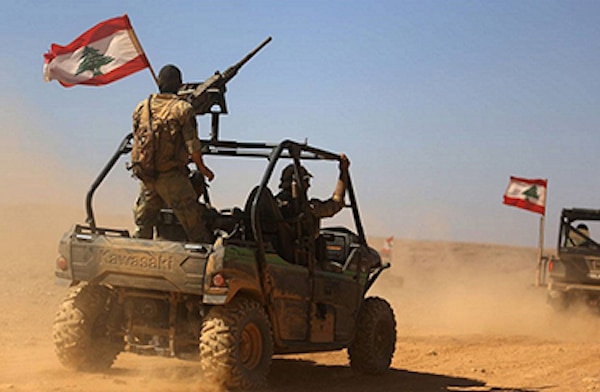 A new geopolitical confrontation is shaping up in the Middle East, and not only between Israel and Syria or Iran. Like most conflicts there, it involves a fight for hydrocarbon resources—oil and gas. The new focus is a dispute between Israel and Lebanon over the precise demarcation of the Exclusive Economic Zone between the two countries. The prime actors at present, in addition to the governments of Israel and Lebanon include Russia, the Lebanese Hezbollah, Syria, Iran and the US in the shadows. The latest Israeli attacks on alleged Iranian bases or Hezbollah camps inside Syria are closely tied to the Israeli aim to prevent a land link from Iran through Syria to the Hezbollah home-base infrastructure in Lebanon. The whole situation has the potential to lead to an ugly wider war nobody wants, at least almost nobody.

In 2010 the oil and gas geopolitics of the Mediterranean changed profoundly. That was when a Texas oil company, Noble Energy, discovered a huge deposit of natural gas offshore Israel in the Eastern Mediterranean, the so-called Leviathan Field, one of the world’s largest gas field discoveries in over a decade. The same Texas company later confirmed significant gas resources offshore in Cyprus waters near the Israeli Leviathan, called Aphrodite. Until recently, political paralysis inside Lebanon and the war in Syria had prevented Lebanon from actively exploring its offshore gas and oil potential. Now that’s changing. With the change, the tensions between Israel and Lebanon are escalating, and Russia is engaging in Lebanon in a bold way.

At a formal ceremony in Beirut on February 9, together with Lebanese President Michel Aoun, the heads of Total, ENI and Russia’s Novatek signed the first agreements to drill for oil and gas in the offshore sector claimed as part of Lebanon’s Exclusive Economic Zone (EEZ). The event drew a sharp attack from Israeli Defense Minister Avigdor Lieberman who called Lebanon’s exploration tender “very provocative,” declaring Lebanon had put out invitations for bids from international groups for a gas field “which is by all accounts ours.”

The energy tenders from Lebanon take place amid a backdrop of dramatic new defense relations between Russia and Lebanon, creating an entirely new political calculus in the Mediterranean region.

The Riches of Levant Basin

What’s clear at this point, after some eight years of exploration offshore in the Eastern Mediterranean, is that the region is awash with hydrocarbons, something neither Israel nor Lebanon had previously been able to find. For Lebanon, to develop its own sources of natural gas would be a literal godsend. The country has been subjected to electricity blackouts since the 1975 civil war. The country daily must experience cuts in electricity, because the peak demand exceeds production by a large margin. Lacking its own gas or oil Lebanon must import expensive diesel fuel at an annual loss to the economy of some $2.5 billion. Lebanon is one of the world’s most indebted countries with debt to GDP of some 145%. The Syrian war and internal Lebanese political stalemate have frozen its offshore energy exploration until now.

A UK company, Spectrum, conducted geophysical surveys in the offshore Lebanese section of the Levant Basin in recent years, including 3D seismic, and estimated that the Lebanese waters could hold up to 25 trillion cubic feet of economically recoverable gas. Development of those gas reserves would alter the entire economy of Lebanon. Until now the war in Syria and political paralysis inside Lebanon had prevented exploitation of the offshore region.

The prospects are promising enough that an international consortium led by the giant French Total, Italy’s ENI and Russia’s Novatek, a private oil company close to Vladimir Putin has stepped forward to bid for rights to drill. Consortium leader Total has announced the first well will be drilled next year in Block 4, an undisputed sector, and that a second well will be in Block 9, the block that falls partly within an area claimed by Israel. Total was quick to clarify that the Block 9 drilling would occur more than 15 miles from the disputed zone claimed by Israel. Despite this, Israel is vehemently protesting the drilling. Lebanon has an unresolved maritime border dispute with Israel over a triangular area of sea of around 330 square miles along the edge of three of its 10 blocks.

Russian buffer between Hezbollah and Israel?

Given the potential for conflict over the energy resources of the region, it’s no coincidence that just as Lebanon welcomes the participation of a major Russian oil company, Novatek, in development of its offshore resources, the Russian government has authorized the Russian Defense Ministry to prepare a military cooperation treaty that includes a “comprehensive framework for coordination,” with the Lebanese military. The framework reportedly includes joint military exercises and Russian usage of Lebanese ports and airfields as well.

This, in addition to the now-permanent Russian bases in Syria–Hmeimim air base and the Russian Naval base at Tartus on the Mediterranean–is a major move on Russia’s part to establish an permanent ongoing role in the volatile region as peace-broker or mediator as the credibility of Washington with her broken promises declines. This Russia-Lebanon deal is not exactly what is on Netanyahu’s wish list. The dramatic Israeli attacks inside Syrian airspace since February 10 indicate what seems to be a preemptive Israeli decision to try to disrupt the de facto Iran-Syria-Lebanon supply lines that could sustain the Hezbollah in Lebanon, that have begun to emerge in recent months.

If it were to come to a new Israeli-Lebanon-Syria shooting war, it would not be a war for simple control of potential oil or gas resources in the Lebanese offshore waters. The real target would be the Lebanese Hezbollah, the Iran-backed Shi’ia political party and militia, and a major actor on the side of Bashar al-Assad and Russia in the Syrian war. Were Lebanon to successfully develop the gas in the offshore region it could go a long way to stabilize the Lebanese economy, ease the high unemployment and, as Netanyahu sees it, further entrench the pro-Iran Hezbollah in power as the key stability factor.

Well before the latest Israeli strikes inside Syria recent Israeli press stories carried provocative headlines such as the recent one from the English-language Jerusalem Post: “5 reasons why Israel is ready for war with Hezbollah in Lebanon.”In September of last year, the Israeli Defense Forces launched a war game simulating such a clash with Hezbollah. IDF troops practiced shifting from a defensive to an offensive posture and executing maneuvers designed for the terrain of South Lebanon.

Last November a second front in a possible Israeli war against Lebanon’s Hezbollah was mooted when Saudi Crown Prince and future king, Mohammed bin Salman, abruptly summoned Lebanese Prime Minister Saad Hariri to Riyadh to read a prepared statement of resignation. In the statement Hariri warned that unless Hezbollah ended its support for the anti-Saudi forces in Yemen as well as the pro-Assad Syrian engagement, the Saudis were prepared to impose severe economic sanctions on Lebanon as they did to Qatar. That would be devastating as the economically distressed Lebanese economy depends on remittances from some 400,000 Lebanese working in the Gulf who send home up to $8 billion yearly.

At this point Israel’s Netanyahu is in an open alliance with Saudi Prince bin Salman, with Washington in the shadows, to oppose Iran and Iranian influence in Syria as well as Lebanon and Yemen, following Netanyahu’s secret visit to Riyadh last September.

With the Trump Administration declaring its growing hostility to Iran as well as its highly-provocative unilateral recognition of Jerusalem as the Israeli capital, the preconditions for an Israeli third Lebanon war, this one backed from behind by Washington and up front by Saudi economic sanctions, using the pretext of territorial claims to Lebanese offshore waters, would have the potential to escalate into a far broader war across the Middle East. By inserting its formidable military presence as well as energy presence into Lebanon at this point, Russia at this point may be the only barrier to that new Middle East conflagration.

The dramatic escalation of Israeli attacks on Damascus and the Syrian shooting down of an Israeli F-16 jet, the first since 1982, and the disproportionate Israeli response against Syrian targets suggest how explosive the entire region is. As Ghassan Kadi writing for the Saker Blog recently notes in an excellent analysis of the situation in the region, “The recent escalation between Syria and Israel is not a prelude for a bigger war. Nobody wants a war; not right now, as they are all aware of the damage that can be inflicted upon them. Israel keeps testing the waters, testing Syria’s air defense capabilities, and above all, testing Russia’s resolve and determination to create a true balance of power in the Middle East.” As of this writing it appears as if Israel used the pretext of alleged Iranian drone incursion and the shooting of an Israeli F-16, something denied by Syria, to launch test probes of possible Russian and Iranian response going forward.

If Russia is able to contain these forces from an all-out war is not yet clear. The Russian decision to sign a military cooperation agreement with Lebanon at the same time a leading Russian energy company wins rights to drill for oil and gas offshore Lebanon is no spur-of-the-moment decision. It is a calculated chess move in one of the most entangled lands of the world. For the good of mankind let us hope it succeeds in restraining the war interests.

F. William Engdahl is strategic risk consultant and lecturer, he holds a degree in politics from Princeton University and is a best-selling author on oil and geopolitics, exclusively for the online magazine “New Eastern Outlook”