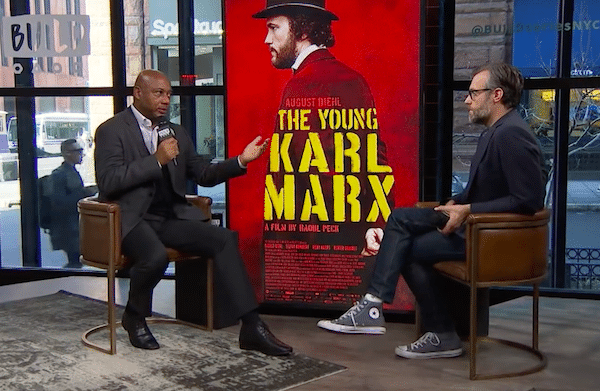 Written and directed by Raoul Peck, “The Young Karl Marx” follows a 26-year-old writer, researcher and radical named Karl Marx as he embarks, with his wife Jenny, on the road to exile in an age that has created both new prosperity and new problems. In Paris in 1844 they meet young Friedrich Engels, the well-to-do son of a factory owner whose studies and research has exposed the poor wages and worse conditions of the new English working class. Together, between censorship and police raids, riots and political upheavals, they will preside over the birth of the labor movement turning far-flung and unorganized idealists and dreamers into a united force with a common goal. For full schedule and more videos go to BUILDseries.com

Utopia and inequality
The gong of history; or, what is a human?