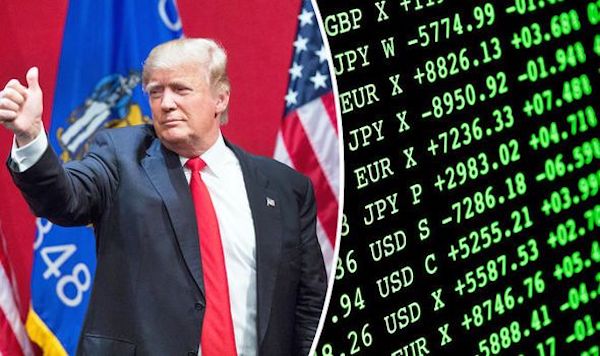 Understandably concerned about the consequences of the large and sustained U.S. trade deficit, many workers have grown tired of waiting for so-called market forces to produce balance. Thus, they cheer Trump administration promises to correct the imbalance through tariffs or reworked trade agreements that will supposedly end unfair foreign trade practices.

Unfortunately, this view of trade encourages workers in the United States to see themselves standing with their employers and against workers in other countries who are said to be benefiting from the trade successes of their employers. As a consequence, it also encourages U.S. workers to support trade policies that will do little to improve their well-being.

To understand the driving force behind and develop a helpful response to U.S. trade imbalances one must start by recognizing the interrelated nature of U.S. domestic and international patterns of economic activity. Large U.S. multinational corporations, seeking to boost profits, have slowly but steadily globalized their economic activity through either the direct establishment of overseas affiliates or their use of foreign-owned subcontractors that operate under terms set by the lead multinational. This process of globalization has meant reduced investment in plant and equipment and slower job creation in the United States, and the creation of competitiveness pressures that work to the disadvantage of workers in both the US and other countries.  It has also led to the creation of a structural trade deficit that is financed by massive flows of money back into the U.S. as well as consumer debt, both of which swell the profits of the financial industry. In other words, the real problem confronting workers here is capitalist globalization.

The globalization of the U.S. economy

As the World Bank explains in its study of intra-firm trade:

In practice, multinationals employ intra-firm and arm’s length transactions to varying degrees. In 2015, intra-firm transactions are estimated to have accounted for about one-third of global exports. Vertically integrated multinational companies, such as Samsung Electronics, Nokia, and Intel, trade primarily intrafirm. Samsung, the world’s biggest communications equipment multinational, has 158 subsidiaries across the world, including 43 subsidiaries in Europe, 32 in China and 30 in North and South America. Other multinationals, such as Apple, Motorola, and Nike, rely mainly on outsourcing, and hence on arm’s length trade with non-affiliated suppliers.

The four figures below, taken from the World Bank study, illustrate the extent to which multinational corporations shape U.S. trade patterns with both other advanced economies (AEs) and emerging markets and developing economies (EMDEs). The numbers shown in figures A and B are averages for the period 2002 to 2014.

Figure A shows that approximately one-third of all U.S. exports of goods are intra-firm, meaning that they were sold by one unit of a multinational corporation operating in the U.S. to another unit of the same multinational corporation operating outside the U.S. Figure B shows that approximately one-half of all U.S. imports of goods are intra-firm. In both cases the share of intra-firm trade was higher with AEs than with EMDEs. Figure E shows that the share of intra-firm exports to AEs remained remarkably constant despite the overall slump in trade that followed the 2008 Great Recession. Figure F reveals that the share of imports that are intra-firm actually grew over the period, especially from EMDEs.

As noted above, many multinational corporations choose to subcontract production, producing arm’s length trade, rather than establish and buy goods from their own foreign affiliates. In this case, arm’s length trade is not really independent trade. We can gain some insight into how important this development is by examining the main sources of arm’s length U.S. imports. As we can see in figure B below, more than half of all U.S. arm’s length imports come from China.

Most of these Chinese imports are actually exported by non-affiliated suppliers that operate within corporate controlled cross border production or buyer networks. For example, China is the primary U.S. supplier of many high technology consumer goods, most notably cell phones and laptops. Almost all are manufactured by foreign companies operating in China under according to terms set by the relevant lead multinational corporation. The same is true for many low technology, labor intensive products such clothing, toys, and furniture, which are usually produced under contract by foreign suppliers for large retailers like Walmart.

Thus, the relatively low share of intra-firm imports from EMDEs compared with AEs owes much to the preference of many important U.S. based multinational corporations–like Apple, Dell, and Nike–to have non-affiliated supplier firms hire workers and produce for them in China. The same is true, although not on such a large scale, for a significant share of arm’s length U.S. imports from Mexico.

In sum, it is likely that the globalization strategies of multinational corporations, not the decisions of truly independent foreign producers, are responsible for some 2/3 of all US imports.

Global trade growth has dramatically slowed since the end of the Great Recession. Global trade grew by an average of 7.6 percent a year over the years 2002 to 2008. It has grown by an average of only 4.3 percent a year over the years 2010-14. Significantly, the greatest decline has come in arm’s length trade. This should not be surprising, since intra-firm trade is essential to the operation of the world’s leading multinational corporations. U.S. trade exhibits a similar trend.

In the words of the World Bank:

Figures A and B below highlight these trends in U.S. trade.

As trade becomes ever more dominated by intra firm exchanges, it will become ever more difficult for governments to manage their international trade accounts using traditional trade tools, and that includes the U.S. government. For example, according to the World Bank:

Trade conducted through global value chains generally shows less sensitivity to real exchange rates. That’s because competitiveness gains from real depreciations are partly offset by rising input costs. To the extent that intra-firm trade is more strongly associated with global value chains than arm’s length trade, intra-firm U.S. exports may have benefited less from the pre-crisis U.S. dollar depreciation and been dampened to a lesser degree by the post-crisis appreciation than arm’s-length exports. In addition, firms integrated vertically may have a wider range of tools available to them to hedge against exchange rate movements.

The U.S. trade deficit is the result of a conscious globalization strategy by large multinational corporations. And this strategy has greatly paid off for them. They have been able to use their mobility to secure lower wages (by putting workers from different countries into competition for employment) and reduced regulations and lower taxes (by putting governments into competition for investment). The result is a structural deficit in U.S. trade that is no accident and not likely to be significantly reduced by policies that do not directly challenge multinational corporate production and investment decisions.

It is hard to imagine that the Trump administration, no matter its public pronouncements, will pursue its tariff policy or NAFTA renegotiation efforts in ways that will threaten corporate power and profits.  Whether its misdirection efforts on trade can continue to encourage workers in the United States to see other workers rather than corporate globalization as the main cause of its problems remains to be seen.