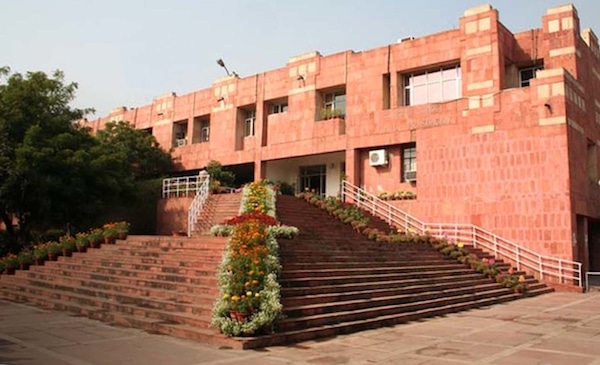 Central to liberalism is a distinction between two spheres, the sphere of the market (or more generally of the economy) where individuals and firms interact to exchange their wares; and the sphere of public discourse where individuals interact as citizens of a polity to debate and determine the actions of the State. The importance that liberals attach to this second sphere was underscored by Walter Bagehot, the nineteenth century British essayist of liberal persuasion, who had lauded democracy as “government by discussion”. He had thereby emphasized two basic liberal political tenets, namely the role of public discourse and need for the State to be responsive to it.

No matter what the strand of liberalism we are talking about, this distinction remains crucial to it. In economic matters for instance one can distinguish between two different strands of liberalism in recent times, namely the liberalism of John Maynard Keynes and his predecessors Alfred Marshall and AC Pigou (all of whom are generally subsumed under the term “the Cambridge School”), and the liberalism of people like FA von Hayek.

The latter believed that the State must not interfere in the economy, since it functions very well if left to its own devices, while the former believed that the working of the market is flawed and that there is a need for the State to intervene in its functioning. But in wanting State intervention to rectify the ills of the market economy, the Cambridge School took it for granted that the State represented a “social” rationality extrinsic to the market; such an imbuing of the State with “social rationality”, it was implicit in their perception,was possible only through the existence of public discourse.

The Hayekian liberals too believed in the need for public discourse, but as a means of preventing the State from intervening in the smooth functioning of the market. All strands of liberalism emphasized the need both for having a market economy and for having a sphere of public discourse that would either get the State to set right its flaws or prevent the State from mucking about with it.

This liberal vision of society, which was supposed to be sustained by a market economy and a sphere of active public discourse, can be criticised from a Marxist perspective in two distinct ways. One, which is well-known, draws attention to the class character of the State. Far from being an embodiment of “social rationality” as Keynes had assumed, the State either willfully represents, or (in the event of a “reformist” government coming to office) is constrained by, the interests of the capitalists. (The Hayekian view of the market economy need not detain us here since it is wrong: it ignores the anarchy of capitalism, as the Keynesian tradition had pointed out, not to mention the Marxist tradition that had done so even earlier).

Even in the matter of eliminating involuntary unemployment, which Keynes had considered to be of paramount importance, the State is incapable of acting in the requisite manner. This proposition has been so clearly demonstrated of late, when in the midst of a protracted crisis, the State appears utterly helpless to adopt any fiscal remedies, whether in the form of larger State expenditure or of a more egalitarian income distribution, and keeps flogging a feeble and ineffective monetary policy, that one need not labour the point any further.

There is however a second criticism of the liberal vision from the Marxist perspective which is less frequently mentioned but whose validity is being vindicated before our eyes. One of the deepest insights of Marxism into the functioning of capitalism is that it is a “spontaneous” system driven by its own immanent tendencies. And one such prominent “spontaneous” tendency under capitalism is the progressive commoditisation of every sphere of life. What we are witnessing today is the destruction of the public sphere through this immanent tendency towards a spread of commoditisation.

An active sphere of public discourse has several requisites, among which are two important ones: an education system that enlightens its students on social issues by exposing them to a variety of perceptions; and print and electronic media that scrupulously play the role of providing correct information and a range of opinions. Both these institutions are being undermined by commoditisation.

Corporate ownership and control over the media had already pushed it a long way towards a subversion of its role of providing authentic inputs for public discourse, by converting it into a mouthpiece for corporate capital. In addition, commoditisation effected in several other ways has pushed it still further in that direction.

The dependence of the media on revenues earned from advertisements provided by the government has served to attenuate the freedom of the press and has thereby led to an implicit commoditisation of the media. But now the process of commoditisation has proceeded much further. “News”, it appears, can now be planted in the media, and a particular agenda promoted, simply by paying an appropriate amount of money. And if any further proof of this was needed, then the “sting operation” carried out recently by the portal “Cobrapost” on a whole set of important Indian newspapers and TV channels, clearly provides it.

Likewise, the commoditisation of education which makes it completely incapable of providing students with the wherewithal to engage in any active and worthwhile public discourse, has proceeded apace under the neo-liberal regime. The Indian government’s recent decision to give financial “autonomy” to the 60 best universities and colleges of the country, among whom are 5 top central universities that include Jawaharlal Nehru University, Hyderabad University, Aligarh Muslim University, Banaras Hindu University and English and Foreign Language University, provides an enormous boost to this process.

These universities will now raise their resources on their own, i.e., from the “market” for which they will have to give “marketable” courses and attract students willing to pay huge fees. This would not only exclude students from socially and economically deprived backgrounds, but also ensure that the products of the education system are self-centred, self-absorbed individuals, concerned solely with the amount of money they can earn on the market, and totally oblivious both of the social reality around them and of the grandeur of the world of knowledge.

Commoditisation is thus destroying the public sphere whose debates are supposed to inform State policy, by denying this sphere its essential inputs. But, what is more, commoditisation is also directly entering the sphere of politics. The enormous expenses incurred on fighting elections result both in the domination of representative political institutions by the affluent, and in the use of such institutions for “recouping” the investments they have made.

The office of a representative of the people in short becomes a commodity, and an expensive one at that, which ensures that it is bought only by those who can afford it. Alternatively, those who cannot personally afford to buy such office but do so on the basis of money provided by some corporate houses, then use their office to enable their donors to “recoup” the money they had invested.

Things, it appears however, have gone even further, as the recent Cambridge Analytica episode suggests. That firm was hired ostensibly to generate data for its client for fighting elections; but once we ignore the clap-trap about how “data” so generated can be useful for fighting elections, it is clear that the role of such firms is essentially to perform certain “dirty tricks” that would work in favour of their client, in exchange for an appropriate sum of money. This too is nothing else but commoditisation of politics.

Hence the liberal vision, of a capitalist society where the sphere of the market is distinct from, and co-exists with, a sphere of public discourse, with such discourse informing State policy for rectifying the flaws of the market, is fundamentally untenable. It is untenable not only because of the constraints placed by property relations upon State actions, but also because one of the two spheres, the market, “spontaneously” encroaches upon the other, the public sphere, through its immanent tendency towards commoditisation.

To be sure this destruction of the public sphere has proceeded by leaps and bounds all over the world, including in India, with the ascendancy of the Right. But that is because the Right has promoted commoditisation with much greater vigour than before. The symptoms of the problem however were clearly evident even earlier.

Liberalism, because it does not cognize the immanent tendencies of the economic system, and more generally the role of the economic factor in the political life of a society, is incapable of appreciating why its own vision cannot be sustained. When faced with the fact of the tragic end of this vision, it falls back upon explanations that at best only restate the problem in a different way, but hardly constitute explanations.

It follows therefore that the authentic existence of a public sphere requires an overcoming of the immanent tendencies of capitalism, i.e., a transcendence of capitalism. But the fact that democracy and the institution of a public sphere can only be realised under socialism does not mean that we do not fight for it now. On the contrary this fight itself is a means of advancing the struggle for socialism.