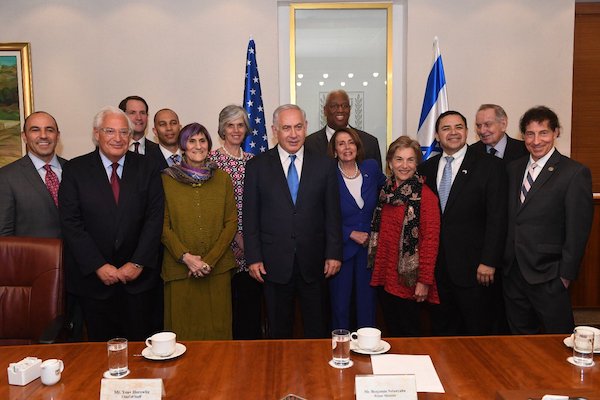 Last Tuesday March 26, Nancy Pelosi led a delegation of ten House Democrats to Israel, where most of them met with Israeli Prime Minister Benjamin Netanyahu. Netanyahu tweeted that night that he’d had an “excellent meeting” with the congresspeople.

At that time, Israel was already planning to shoot Palestinians in Gaza at the Land Day demonstration on Friday: “dozens of snipers will be deployed along the Gaza border,” the army announced that same day. 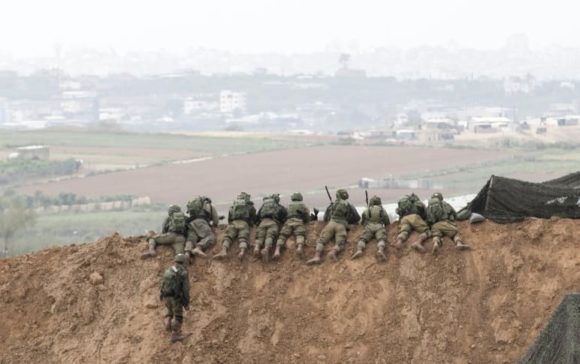 Four days later, Israeli snipers shot hundreds of unarmed Palestinian protesters across a fence on the Gaza border, killing 17. The massacre was denounced as criminal by B’Tselem, the Israeli human rights group, as well as many progressive groups in the United States. This week even the New York Times and J Street have joined the condemnation of the massacre.

It appears that none of the 11 Democrats on the trip has spoken out against Israel’s actions. It is only reasonable to ask: What did these congresspeople learn from Netanyahu or any of the many other government officials they met with? Did the congresspeople tell Netanyahu they would back him up if he used force? According to B’Tselem, Israeli officials “repeatedly threatened to respond with lethal force” to the Gaza protests, during the same interval in which some met with the Democrats.

Notably, Adam Schiff was along on the trip: the California congressperson who has led the effort to show that Russia manipulated the 2016 election. He is the ranking member of the House Intelligence Committee.

I cannot find a word of criticism of the Israeli massacre that any of these Congresspeople has issued since their trip. Even Jan Schakowsky, who is considered progressive, has had nothing to say.

One has to wonder whether Netanyahu described his plans for Gaza to this very friendly audience. Schakowsky had backed Netanyahu to the hilt during earlier onslaughts on Gaza. So had Pelosi. “Israel today, Israel tomorrow, Israel forever,” Hakeem Jeffries proclaimed at a NY rally during the country’s 2014 onslaught on Gaza that killed 500 children.

Pelosi praised Israel to the skies ahead of the recent trip:

There is no greater political accomplishment in the 20th Century than the establishment of the State of Israel, Pelosi said in a press release posted on her website. Our delegation is pleased to be able to extend the congratulations of the American people to the people of Israel as we celebrate the 70th anniversary of Jewish state this spring.

Pelosi subsequently bragged about the “candid, open dialogue” between the Democrats and Israeli leaders in a press release:

The U.S.-Israel relationship is deep, it is bipartisan and it is continually strengthened by candid, open dialogue, Leader Pelosi said. At each of these interactions, our delegation reiterated American support for a two-state solution and for enduring peace in the region.