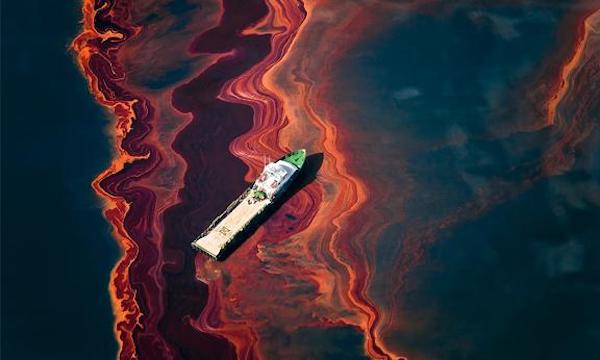 It’s like something from satirical website the Onion or Australia’s Betoota Advocate. In a draft 2016 environment plan, slated for submission to the National Offshore Petroleum Safety and Environmental Management Authority as part of its bid to begin oil drilling in the Great Australian Bight, BP claimed that an oil spill in the area could provide a “welcome boost” to local economies.

Think about that for a moment. Someone senior enough at BP to be charged with drafting a plan that could make or break a multi-billion dollar project thought it was perfectly in order to suggest that local communities might welcome an oil spill because of all the work created by the clean-up.

At the time, BP was proposing to establish two exploration wells in the bight in water up to two kilometres deep. It has since withdrawn the plan, but its leases have been taken over by Norwegian company Statoil, which plans to drill in 2019.

To understand the possible impact of a spill in the Great Australian Bight, you only need recall what happened with the Deepwater Horizon incident in the Gulf of Mexico in 2010.

An oil blowout on a BP rig triggered an explosion that killed 11 workers and caused the entire rig to sink, leaving oil spewing from the untapped well for the next 87 days. In total, 800 million litres of oil were released. The Wilderness Society’s South Australian director summed up the impact in an interview with the Guardian:

Only about 25 percent of the oil was recovered, leaving half a billion litres of oil in the gulf. Millions of litres of toxic oil dispersants were sprayed into the Gulf’s waters. The spill and cleanup killed millions of fish, an estimated 800,000 birds and 75,000 dolphins and whales.

A 2017 study commissioned by the U.S. National Oceanic and Atmospheric Administration found that the disaster caused U.S. $17.2 billion of damage to natural resources.

BP’s modelling of the potential impact of a spill in the bight, which was released in 2016 following pressure from environmentalists, suggests that the impact could be even worse. The region’s isolation means it would take longer to source the equipment to control a spill–up to 149 days according to BP.

Oil is likely to spread across a vast swathe of Australia’s southern coastline. Depending on the time of year, the modelling suggests a 64 percent chance of the slick reaching Esperance in Western Australia and a 41 percent chance of it stretching to the NSW south coast.

Clearly, no sane person would look at something like this and view it as a “welcome boost” to local communities. So how can we explain that someone at BP did?

When you look at this apparent slip in light of the bigger picture of capitalism, it makes perfect sense. Companies such as BP don’t take a longer term view. All that matters is maximising profits in the here and now. This engenders a world view in which any eventuality is an opportunity to make a quick buck.

“Disaster capitalism” isn’t a special, distorted form of the day to day reality of capitalism. Rather, it expresses the essence of a system that tramples all consideration of social welfare and sustainability in the race for profit.

Is it too much of a stretch to think, for example, that with a spill in the bight, the Murdoch press would trumpet the clean-up as a “jobs bonanza” for local communities? Is that so different from its recent celebration of increased government investment in the destructive capacity of the Australian military and arms exporters?

One thing is certain: the further capitalism propels us down the path towards ecological catastrophe, the more companies and industries will pop up looking to profit from disaster. Perhaps the more surprising thing about the BP slip-up is that these kinds of things don’t come to light more often.