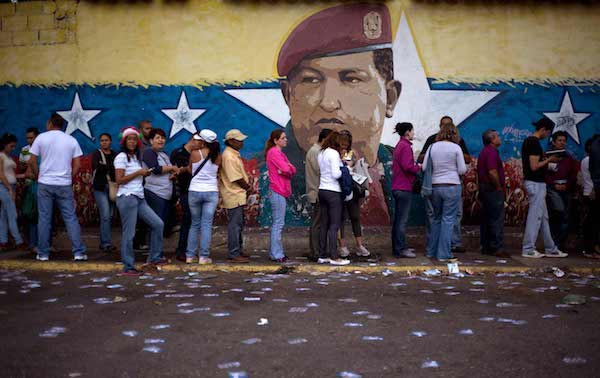 The VIII Summit of the Americas was held this year in Lima, Peru from April 13-14 and as always, was marked by controversies and managed to be the material expression of the deep contradictions of the U.S.-supported bloc in the Americas. Notably, the summit – whose central theme was ‘Democratic Governance against Corruption’ – was held in a country where the President, Pablo Kuczynski, was forced to step down recently. The same Peruvian president had revoked the invitation to Venezuelan President Nicolás Maduro. During the closing of the summit, several leaders announced that they would not recognize the Presidential elections on May 20 in Venezuela.

These announcements are not a surprise. Since Maduro announced the elections on February 7, the U.S. and its allies have taken a hardline stance of complete rejection of the process. The U.S. State Department released a statement on February 8 saying, “The United States denounces the decision by Venezuela’s National Electoral Council to unilaterally advance presidential elections without guarantees to ensure free, fair, and internationally-validated elections. These elections do not have the agreement of all political parties and limit the ability of individuals to run in the election. By denying participation in the electoral process, the Maduro regime continues to dismantle Venezuela’s democracy and reveals its authoritarian rule.”

The ‘Lima Group’, a group of the conservative governments of Latin America, in addition to Canada, has since its inception in August, following the National Constituent Assembly elections in Venezuela, served as a mouthpiece of the United States to denounce every move taken by Bolivarian Venezuela. They too denounced the elections, stating that the process would not be free and fair under the current circumstances and urged the date to be changed.

At the Summit of the Americas, Argentina’s right-wing President Mauricio Macri declared that in Venezuela “the right of the Venezuelans to choose in freedom is being violated, with political prisoners and without minimal guarantees of transparency. So Argentina will not recognize any process of this kind; this is not a democratic election.”

Sebastian Piñera, President of Chile, echoed the sentiment. “The elections are not democratic, they are not transparent and so any country that really wants democracy should not recognize these elections.”

US Vice-President Mike Pence, who filled in for Donald Trump, who was engaged in unilaterally ordering missile strikes on Syria, spent the majority of his speech criticizing Cuba, Nicolás Maduro and denouncing the upcoming elections.

Last Friday April 13, Tibisay Lucena, the President of the National Electoral Council (CNE) of Venezuela, held a press conference in which she announced the ratification of the Agreement of Electoral Guarantees signed in the Dominican Republic by the Venezuelan Government and several opposition parties.

She stated “The guarantees in our electoral system are full. Many countries wish they had an electoral system that is this transparent. We invite the High Representative of the European Union to send a technical mission of accompaniment and observation so that they can learn about it.” She announced that all of the documents reporting the election results from each station as well as information about the election will be published on the official website of the CNE. Special measures to guarantee that people with disabilities are able to exercise their right to vote were also announced.

To read more about the Venezuelan electoral system: How Voting Works in Venezuela

It is also important to point out that the same countries that are criticizing the electoral process in Venezuela, were silent when it came to the flagrant violations to the electoral process in November in Honduras. Furthermore, they were the first countries to congratulate Juan Orlando Hernández on his ‘victory’. They also seemingly have no issue with the principal candidate and projected winner of the Brazilian elections, Luiz Inácio Lula da Silva, being in prison on charges that are widely seen as trumped up and not supported by any evidence.