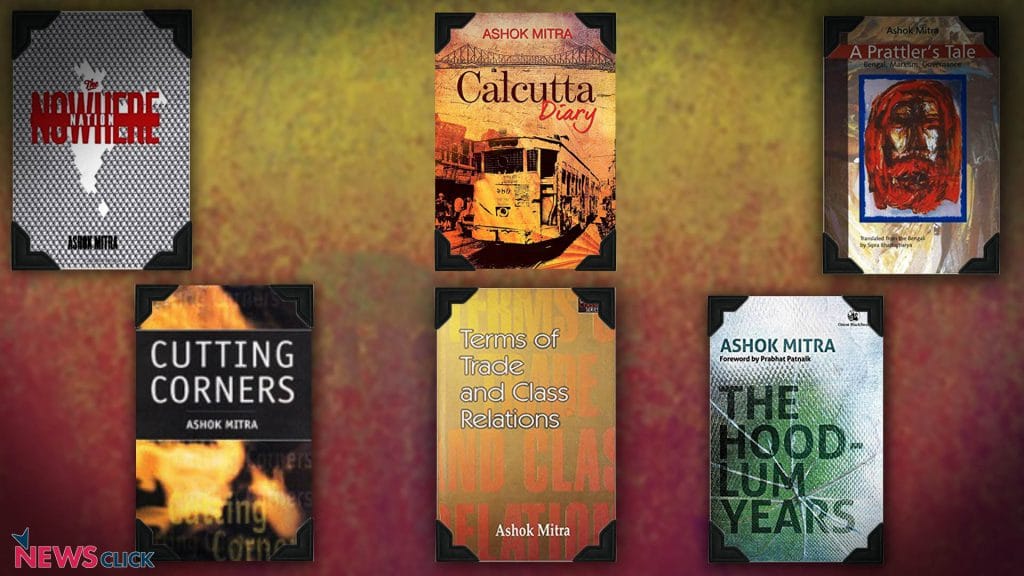 Ashok Mitra who passed away on May1, 2018, was the doyen among Left intellectuals in the country, held in the highest esteem by one and all for his absolute integrity, his outstanding intellect and his commitment to the cause of the working people.

Born on April 10, 1928, in the eastern part of undivided Bengal, he was a brilliant student who was drawn to the Communist movement and became an activist of the Student Federation. After Partition he stayed on in East Pakistan and even represented Pakistan at an international conference of progressive students held in India, where he first met Kitty Boomla, (later Menon), and many others who went on to become major leaders of the Indian Communist movement. But he had to migrate to India shortly thereafter, even before completing his M.A. examination at the Dhaka University, where he was studying economics. He was finally allowed to sit for the M.A. examination of the Benares Hindu University where his teacher from his Dhaka days, Professor A.K.Dasgupta, had moved.

At the invitation of Professor D.P.Mukherji the renowned Marxist intellectual, he started teaching at Lucknow University, and came into contact with a host of public figures, from Feroze Gandhi to Acharya Narendra Dev, who was then the Vice-Chancellor of Lucknow University. He completed his doctorate from Netherlands under the supervision of Jan Tinbergen, a renowned economist of socialist persuasion, later a Nobel laureate, on a vexed question in the theory of income distribution, namely that if capitalists, especially under oligopolistic conditions where they are “price-makers”, “pass on” money wage increases in the form of price increases, then how can trade unions affect the share of wages? And if they cannot, then why is there such bitter opposition by capitalists to the existence of trade unions? Mitra’s ingenious answer to this question which had been first raised by Michal Kalecki, namely that trade union action affects the market structure itself, earned him international acclaim. The theory that emerged was called by many the “Kalecki-Mitra theory of distribution”. 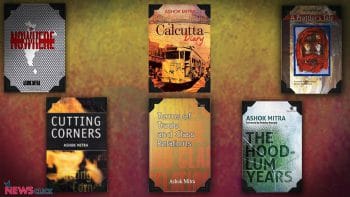 After returning to India Ashok Mitra had a long stint with the government of India, first as Chairman of the Agricultural Prices Commission and then as the Chief Economic Advisor at the Ministry of Finance. Some were surprised that a Communist like Mitra had started working for the government, but he always had the assent of the Party for doing so. He never hid his Communist views and CPI(M) sympathies; and the reason he was taken into the government despite this was because Indira Gandhi was then adopting a “Left position”, of which the nationalization of banks was an obvious expression.

But when she attacked the Left and unleashed the semi-fascist terror in West Bengal, Mitra resigned from the government and devoted himself to writing his monumental academic work Terms of Trade and Class Relations. His column “Calcutta Diary” in the Economic and Political Weeklyof that time which defended the CPI(M) and attacked the terror tactics against it employed by Indira Gandhi and Siddhartha Ray, was an immense source of hope and inspiration for thousands of readers (including myself) in those dark days. When the Emergency was declared, he went into exile abroad on the advice of Party leaders from West Bengal, and publicized in foreign journals the atrocities being committed in the country. A letter to the editor of The Economist of London was particularly noteworthy in this context since it drew the ire of the Indian High Commission there, which organized a spate of “counter-letters”.

Mitra returned to India after the Emergency and fought and won the Rashbehari seat in the West Bengal Assembly elections of 1977 with the support of the CPI(M). He became a Minister in the first Left Front government of that state under the leadership of Jyoti Basu, holding charge of the departments of Finance, Development and Planning.

That government had enormous achievements to its credit, and Mitra’s was a major contribution to these achievements. In rural West Bengal it had at least three important achievements. By resuming the process of land redistribution started by the United Front governments earlier, by carrying out the recording of share-croppers under “Operation Barga”, by enforcing that whoever tilled the land must reap the harvest (so that jotedars’ men did not come to take away the produce after the tenants had done the cultivation), by insisting that a receipt must be given by the landlord when his share was given to him, and by getting the banks to give loans to tenants against such receipts which were proof of the tenants’ rights to land, that government altered the entire balance of class forces in the countryside.

Additionally, by stepping up plan outlays on agriculture, irrigation and rural overheads, for which much credit must be given to Mitra’s financial management, it broke the long-term stagnation, starting from  colonial times, that had engulfed agriculture in that state. This stagnation was largely because under the “permanent settlement” of the colonial government’s revenues, investment in irrigation by the government did not fetch the minimum rate of return that was demanded on investment projects. Irrigation consequently was completely neglected in the state. The LF government overcame that neglect, so much so that for more than a decade West Bengal recorded the highest agricultural growth rate among all states of the country.

The third achievement was the institution of panchayati raj where West Bengal became a pioneer, with substantial devolution of resources and decision-making to the various tiers of panchayats, to which even elections had not been held earlier for a long time.

The fact that these achievements occurred even though the LF government had started from a dire financial situation and an acute power shortage (which necessitated the diversion of substantial resources for that sector) gives an idea of that government’s commitment to the peasantry.

That is also the time when West Bengal led the country in demanding a re-ordering of Centre-State financial relations. The LF government mobilized non-Congress states, with Ashok Mitra, supported by Jyoti Basu, playing a key role in this effort, and held a series of conclaves of Chief Ministers, including one in Srinagar. The assassination of Indira Gandhi shifted attention away from the issue for the moment, but it continues to remain a central one in the Indian polity.

Mitra resigned from the LF government in 1986 on a point of principle involving education policy, but, unlike what the bourgeois press had anticipated with glee, continued to retain close links with the Party. He was elected to the Rajya Sabha with the CPI(M)’s support soon after the introduction of neo-liberal economic policies in the nineties, and was a formidable voice against neo-liberalism. He was listened to with great attention and respect by all sides. He became Chairman of the Parliamentary Standing Committee on Commerce and Industry, where he waged a relentless struggle against the new International Property Rights regime that the U.S. and other advanced countries were imposing on the world economy as part of the WTO agreement.

Ashok Mitra was a powerful and stylish writer in both Bengali and English. He won the Sahitya Academy award for his Bengali essays; and his English columns, published at various times in Now, Economic Weekly, its successor Economic and Political Weekly, and The Telegraph, were read by thousands. They were a veritable source of knowledge, insight and analysis. I remember one brilliant column in particular that had shown with detailed evidence how the Americans, in their desire to destroy third world nationalism and communism in West Asia, had deliberately promoted Islamic Fundamentalism, which was now confronting them like Frankinstein’s monster.

A man of great wisdom, and generosity, scrupulously adhering to principles and willing to fight for them, but without any malice towards anyone, he was a pillar of support for the Left.