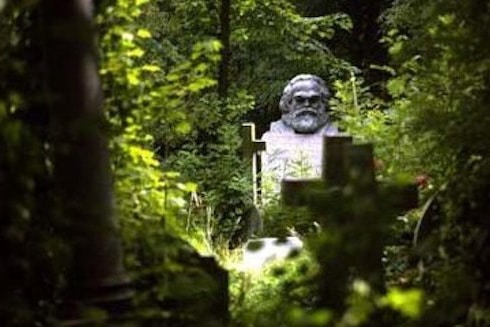 During a recent discussion of Marxism and ecology, a friend asked,

If metabolism and metabolic rift were important concepts for Marx and Engels, why did Marxists take so long to realize it? Why were their views on those subjects overlooked until the end of the twentieth century? 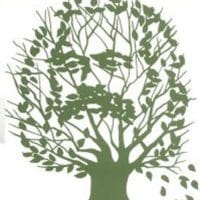 There are three answers to that question.

The first and most important explanation was offered by Rosa Luxemburg in 1903. Marx’s work was so wide-ranging and ahead of its time, she wrote, that aspects of it are not recognized as important until the actual class struggle catches with him. Often, “our needs are not yet adequate for the utilization of Marx’s ideas.” When new circumstances arise, then, for “the solution of new practical problems … we dip into the treasury of Marx’s thought, in order to extract therefrom and to utilize new fragments of his doctrine.”(1)

A second answer is that many of the works in which Marx discussed metabolism — most notably the drafts known as the Grundrisse — weren’t published until the 1970s. His notebooks, which deal extensively with the natural sciences, still are not all available: Kohei Saito’s excellent new book, Karl Marx’s Ecosocialism, shows just how important those notebooks are.

The third answer is particularly important for English-speaking socialists. The scientists who first studied the chemistry of life were German, and their word for it was Stoffwechsel, which came into general use in the 1830s through an influential book by physiologist Friedrich Tiedemann. Stoffwechsel literally means material exchange, but the definition given by a medical encyclopedia in 1844 shows that much more was involved:

By Stoffwechsel is meant the conversion of body substance into other forms and the rapid production of new and precisely similar body structures by means of the constant supplying of nourishing materials.(2)

Unfortunately, there was no equivalent word in other languages. In the French translation of Tiedemann’s book, Stoffwechsel was rendered as Ie renouvellement du Matériel — renewal of material. In English the word was commonly translated as some variant of “exchange of material,” which was literally correct, but didn’t express the complexity of the German word.

The problem can be seen in the English translation of Justus von Liebig’s influential 1840 book, Organic Chemistry in its Applications to Agriculture and Physiology. A passage from that book, translated recently by Kohei Saito, refers to “metabolism in blood, the changes in the substance of the existing organs,” and to “every organic action being attended by metabolism.” But when I checked the 1840 English edition, I found the same words translated as “the different changes in the blood,” and “a change in the material of the body.”(3)
Literally correct, but far from clear!

The word metabolism — from the Greek metabolismos, meaning change or overthrow — wasn’t adopted by English scientists until the late 1870s, and even then it was only used by specialists until the 1900s. That was too late for the first translations of Capital.

Capital’s translators — Samuel Moore and Edward Aveling for Volume 1, Ernest Untermann for Volume 3 — either didn’t know the word metabolism or didn’t know that was how scientists translated Stoffwechsel. As a result their literal translations distorted the meaning of Marx’s words. It wasn’t until the 1970s that masterful new translations by Ben Fowkes and David Fernbach brought Marx’s actual meaning to the fore.

These comparisons illustrate the problem:

1888 translation: “Capitalist production … disturbs the circulation of matter between man and the soil … while upsetting the naturally grown conditions for the maintenance of that circulation of matter, it imperiously calls for its restoration as a regulating law of social production, and under a form appropriate to the full development of the human race.” (4)

1976 translation: “Capitalist production … disturbs the metabolic interaction between man and the earth … by destroying the circumstances surrounding that metabolism, which originated in a merely natural and spontaneous fashion, it compels its systematic restoration as a regulative law of social production, and in a form adequate to the full development of the human race.”(5)

1906 translation: “Large landed property … creates conditions which cause an irreparable break in the coherence of social interchange prescribed by the natural laws of life.”(6)

1981 translation: “Large landed property … produces conditions that provoke an irreparable rift in the interdependent process of social metabolism, a metabolism prescribed by the natural laws of life itself.”(7)

The early translations were formally correct but misleading. Metabolism involves complex organic processes and relationships that “circulation” and “interchange” miss entirely. Readers who only had access to the early translations can surely be forgiven for not recognizing the ecological implications of those passages.

It’s unfortunate that those translation problems are repeated in the Marx Engels Collected Works — but very fortunate that new translations have alerted a new generation of socialists to Marx’s real meaning. As we will see as this series of articles continues, his concepts of metabolism and metabolic rift are powerful tools for understanding and responding to today’s ecological crises.