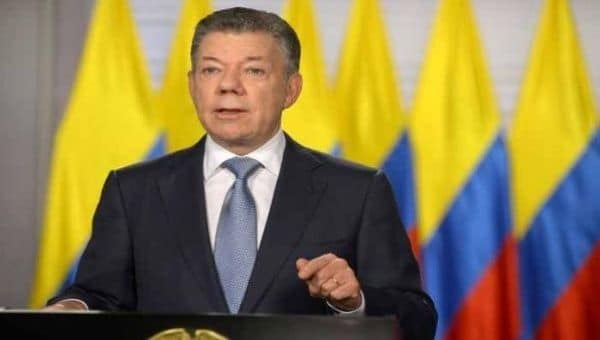 Colombia will be part, starting next week, of the North Atlantic Treaty Organization (NATO) as the first Latin American “global partner”, announced on Friday the president of that nation, Juan Manuel Santos.

“We will formalize in Brussels next week -and this is very important- the entry of Colombia into NATO in the category of global partner, we will be the only country in Latin America with this privilege,” the president said in a televised address from the presidential Narino Palace.

Santos, who will leave office this year, will meet next May 31 in Brussels with NATO Secretary General, Jens Stoltenberg, to finalize the accreditation of Colombia as part of the military alliance.

On December 2016 the Colombian Executive had informed that NATO had accepted the request to establish an agreement and thus agree to a “greater” military cooperation with that organization, following the Peace Agreement signed in Havana.

Tweet reads:
And another great news. Next week we will formalize the entry of Colombia to NATO, in the category of global partner. We will be the only country in Latin America with this privilege

At that time, the neighboring government of Venezuela rejected the announcement as an “attempt to introduce external factors with nuclear capacity” in the region.

At the beginning of 2017, the then Venezuelan Foreign Minister Delcy Rodríguez had denounced that with that entry Colombia could violate the Tlatelolco agreement, put into effect in 1969 with the purpose of establishing the denuclearization of Latin America and the Caribbean.

In addition, Colombia is part of the Movement of Non-Aligned Countries (NAM) and one of the essential principles of the bloc states that its members,

can not be part of any type of military and warlike organization such as the North Atlantic Treaty.

Tweet reads:
A Nobel Peace Prize that puts his country in NATO.