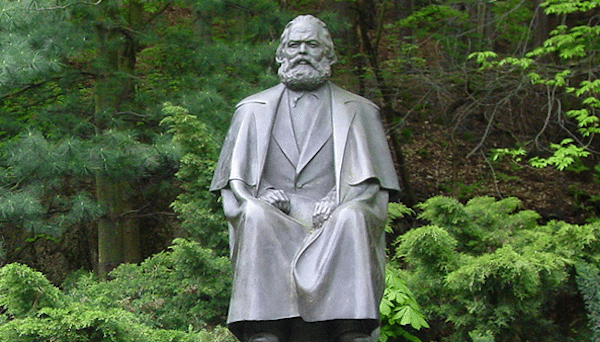 Following the collapse of the Soviet Union and an economic shift in China it seemed that capitalism had become the only game in town. Karl Marx’s ideas could safely be relegated to the dustbin of history. However the global financial crash of 2008 and its aftermath sent many rushing back to the bin.

For good or ill, the German philosopher’s ideas have affected our world more profoundly than any other modern social or political thinker. Yet on Marx’s recent 200th birthday, discussion of his continuing relevance was still dominated by “traditional” understandings of Marxism. Commentators, whether hostile or sympathetic, focused on his critique of the exploitation and inequality of capitalism and imperialism, and the struggle to transform society in a socialist direction.

Sadly, there was little–far too little–on Marx’s thinking on the relations between humans and nature.

After all, the steady but accelerating destruction by modern capitalism of the very conditions which sustain all life, including human life, is arguably the most fundamental challenge facing humanity today. This is most widely recognised in the shape of one of its most devastating symptoms: climate change. But there is much more to it, including toxic pollution of the oceans, deforestation, soil degradation and, most dramatically, a loss of biodiversity on a geological scale. 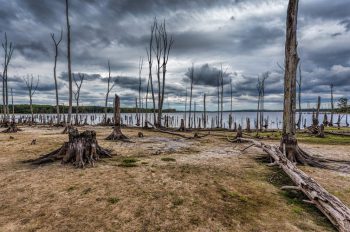 ‘The history of nature and the history of men are dependent on each other so long as men exist’ – Karl Marx. Stephen Bonk / shutterstock

Some will say that these are new problems, so why should we expect Marx, writing more than a century ago, to have had anything worthwhile to offer to us today? In fact, recent scholarship has demonstrated that the problematic, often contradictory relationship between humans and the rest of nature was a central theme in Marx’s thinking throughout his life. His ideas on this remain of great value–even indispensable–but his legacy is also quite problematic and new thinking is needed.

Marx’s early philosophical manuscripts of 1844 are best known for developing his concept of “alienated labour” under capitalism, yet commentators hardly ever noticed that for Marx the fundamental source of alienation was our estrangement from nature.

This began with enclosure of common land, which left many rural people with no means of meeting their needs other than to sell their labour power to the new industrial class. But Marx also talked of spiritual needs, and the loss of a whole way of life in which people found meaning from their relationship to nature. 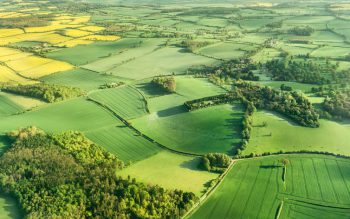 The theme running through his early manuscripts is a view of history in which exploitation of workers and of nature go hand-in-hand. For Marx, the future communist society will resolve the conflicts among humans and between humans and nature so that people can meet their needs in harmony with one another and with the rest of nature:

In these writings Marx makes vital contributions to our understanding of the human-nature relationship: he overcomes a long philosophical tradition of viewing humans as separate from and above the rest of nature, and he asserts the necessity for both survival and spiritual well-being of a proper, active relationship with the rest of nature. At the same time he recognises this relationship has gone wrong in the capitalist epoch.

The problem is capitalism–not humanity

In his later writings Marx develops this analysis with his key concept of “mode of production”. For Marx, each of the different forms of human society that have existed historically and across the globe has its own specific way of organising human labour to meet subsistence needs through work on and with nature, and its own specific way of distributing the results of that labour. For example, hunter-gatherer societies have usually been egalitarian and sustainable. However feudal or slave-owning societies involved deeply unequal and exploitative social relations, but lacked the limitlessly expansive and destructive dynamic of industrial capitalism. 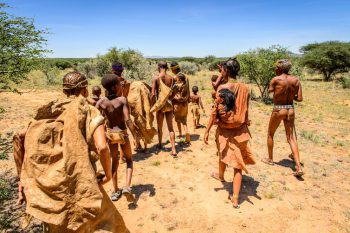 This concept of “modes of production” immediately undermines any attempt to explain our ecological predicament in such abstract terms as “population”, “greed” or “human nature”. Each form of society has its own ecology. The ecological problems we face are those of capitalism–not human behaviour as such–and we need to understand how capitalism interacts with nature if we are to address them.

Marx himself made an important start on this. In the 1860s he wrote about soil degradation, a big concern at the time. His work showed how the division of town and country led to loss of soil fertility while at the same time imposing a great burden of pollution and disease in the urban centres.

Modern writers have developed these ideas further, including the late James O’Connor, the sociologist John Bellamy Foster, who identified an endemic tendency of capitalism to generate an “ecological rift” with nature, and those in the UK associated with the Red Green Study Group.

I suggested above that Marx’s ideas were indispensable but also problematic. There are places where he appears to celebrate the huge advances in productivity and control over the forces of nature achieved by capitalism, seeing socialism as necessary just to share the benefits of this to everyone. Recent scholarship has challenged this interpretation of Marx, but historically it has been very influential. It is arguable that the disastrous consequences of the Stalinist drive for rapid industrialisation in Russia came from that interpretation.

But there is another point. The newer ecological marxists argue, rightly, that capitalism is ecologically unsustainable, and that socialism is necessary to establish a rational relationship to the rest of nature. However, to build a movement capable of transforming society in this way, we need to recall Marx’s early emphasis on both the material and spiritual needs that can be met only by a fully rewarding and respectful relationship to the rest of nature: in short, we need a Marxism that is green, as well as ecological.