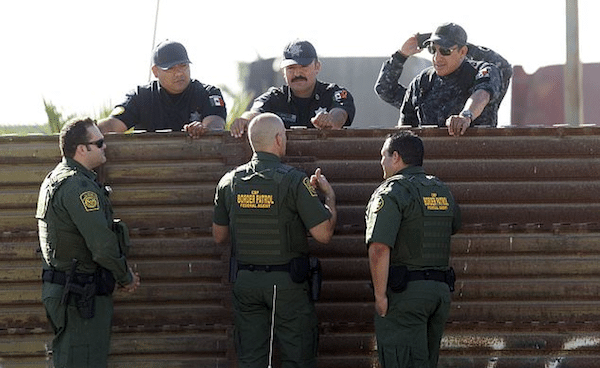 It is clear U.S. officials have no intention of operating within the rule-based international order designed to govern relations between states and between people and governments.

As one of the few nations on the planet having avoided signing and/or ratifying most major human-rights treaties, it appears the United States decided pretending to be a defender of human rights—even for domestic propaganda purposes—would no longer be credible. And so, it ended the charade.

The decision by the Trump administration to quit the United Nations Human Rights Council should not have been a surprise. This step as well as the revelation that it has been engaging in the barbaric practice of detaining everyone at the border—including people with refugee and asylum claims, and separating them from their children—only solidified the United States is the number one human-rights abuser in the world.

For those of us in the Black Alliance for Peace (BAP), the need for organizing and education could not be more clear.  The hands of both capitalist parties are dirty. They have shown a cynical disregard for the human rights of working-class and poor people in the United States and abroad. Keeping the focus on those abuses and building alternative power to one day build a real democracy and a society dedicated to the protection of human rights and a global system of justice free of war, repression and domination is our historic task.

What’s been occurring in Yemen should further solidify the position that the United States is a rogue state. It has funded the Saudi Arabian kingdom of thugs, which has been bombing the poor coastal country of Yemen for three years. Hunger and genocide have raged since, with millions dying. BAP has long taken a position against this U.S.-funded genocide.

Over in Colombia, the right wing was strengthened with the election of Ivan Duque. Analyzing the vote results shows Afro-Colombians overwhelmingly chose the left-wing candidate, Gustavo Petro. Major paramilitary groups have since threatened Black leaders who supported him.

Here on this stolen land called the United States, human-rights violations are a daily occurrence for some of us. We can point to the story of Debbie Africa, who was imprisoned when she was 8 months pregnant, gave birth in a prison cell, had her son taken from her a few days after giving birth, and was reunited with him this week after 39 years apart.

BAP National Organizer Ajamu Baraka spoke about the racist roots of the U.S. empire on Black Agenda Radio. “For the Democrats, operating from this mangled, white supremacist consciousness and world view,” Trump’s willingness to call off scheduled war games in Korea, “felt like giving the natives too much.”

Our Research Team has been moving the campaign-development work forward. If you’d like to join this team, apply to be a member or supporter.