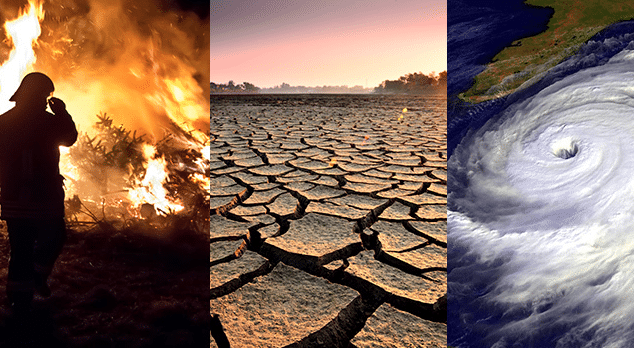 A new report from Corporate Europe Observatory and TNI exposes how the little-known Energy Charter Treaty gives corporations the power to obstruct the transition from climate-wrecking fossil fuels towards renewable energy. And how it is being expanded, threatening to bind yet more countries to corporate-friendly energy policies.

Two decades ago, and without significant public debate, an obscure international agreement entered into force, the Energy Charter Treaty (ECT). It acts like the secret magical “One Ring to rule them all” from the Lord of the Rings trilogy, granting corporations enormous powers over our energy systems including the ability to sue governments, which could obstruct the transition from climate-wrecking fossil fuels towards renewable energy. And the ECT is in the process of expansion, threatening to bind yet more countries to corporate-friendly energy policies.

Today the ECT applies to nearly 50 countries stretching from Western Europe through Central Asia to Japan. Among its many provisions, those regarding foreign investments in the energy sector – also known under the infamous acronym ISDS or investor-state dispute settlement – are the ECT’s cornerstone. The ECT’s ISDS provisions give foreign investors in the energy sector sweeping rights to directly sue states in international tribunals of three private lawyers, the arbitrators. Companies can be awarded dizzying sums in compensation for government actions that have allegedly damaged their investments, either directly through ‘expropriation’ or indirectly through regulations of virtually any kind. Energy giant Vattenfall, for example, has sued Germany over environmental restrictions on a coal-fired power plant and for phasing out nuclear power. Oil and gas company Rockhopper is suing Italy over a ban on offshore oil drilling. Several utility companies are pursuing the EU’s poorest member state, Bulgaria, after the government reduced soaring electricity costs for consumers. 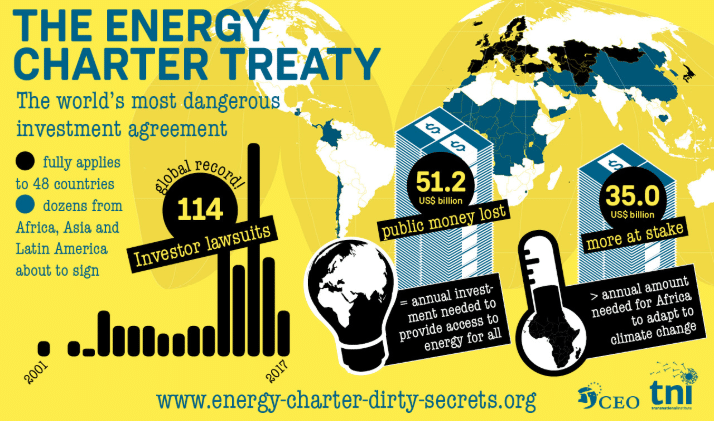 Yet the ECT and its profiteers have largely escaped public attention. While the past decade has seen a storm of opposition to ISDS in other international trade and investment deals the ECT has managed to steer surprisingly clear of this public outrage. Many investor lawsuits under the treaty remain secret. For others, there is only scant information available. And in countries in the process of acceding to the ECT, hardly anyone seems to have even heard of the agreement, let alone have thoroughly examined its political, legal, and financial risks.

This report shines a light on the “one ring” of the ECT, which will greatly influence the battle over our future energy systems, as well as the corporations and lawyers, to which it grants enormous powers.

Just some od the key findings from the report are:

But there is some good news. Around the world, the tide is turning against ECT-style super-rights for corporations. Campaigners, activists, academics, and parliamentarians are beginning to ask critical questions about the ECT. The agreements and the investor lawsuits it has enabled could also come under legal fire from EU courts. More countries could follow the example of Russia and Italy, which have already turned their back on the Energy Charter Treaty.

This report warns of the dangers of expanding the ECT to an ever-growing number of countries and concludes with eight key reasons for leaving – or not joining – the ECT. Just as in the Lord of the Rings, where the “fellowship” of nine companions around the little hobbit Frodo Baggins manages to destroy the One Ring, a fellowship of citizens, legal scholars, parliamentarians, courts and governments might be in the making, which will eventually break the binding power of the Energy Charter Treaty “ring”.