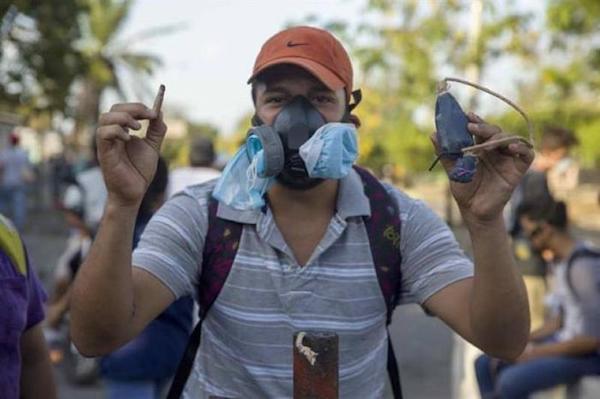 Young people in Nicaragua have been victims of media and political manipulation. Photo- www.elpreg.com

To date, approximately 170 people have died as a result of the chaos and violence in Nicaragua. A powerful media campaign follows the events and more than that, openly promotes, falsifies, and multiples them.

The violent acts are presented as peaceful demonstrations by students, and the press publishes photos of those supposedly killed by the Sandinista government, but just as the truth will come out, the deception is discovered. Several have complained, demonstrating that the supposed dead are actually alive. One young man who resides abroad returned to state as such before the cameras, but of course this was not reproduced by the mainstream media.

U.S. author, journalist, and blogger Max Blumenthal recently published an article noting that a group of activists opposed to the current Nicaraguan government went to meet with leaders of Freedom House in Washington D.C. According to Blumenthal, the opposition group known as M-19,

Were there to beseech Donald Trump and other right-wing U.S. government officials to help them in their fight against Nicaraguan President Daniel Ortega.

The links between U.S. organizations and the events underway in Nicaragua and other parts of the world are clearly revealed in Blumenthal’s piece:

The NED (National Endowment for Democracy) is a leading agent of U.S. soft power that has meddled in other countries’ affairs since its founding at the height of the Cold War, in 1983.

And the author cites Allen Weinstein, a founder of the NED, in 1991:

A lot of what we do today was done covertly 25 years ago by the CIA.

The budget with which the NED operates comes from the United States Congress, which grants it millions of dollars every two years, as part of the State Department budget. The organization also receives donations from four associations: the Smith Richardson Foundation, the John M. Ohin Foundation, the Lynde and Harry Bradley Foundation, and Freedom House, indirectly funded by federal contracts. 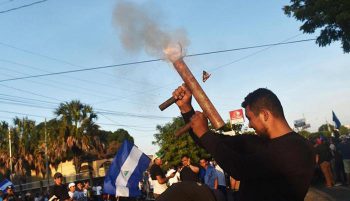 The report from this U.S. journalist identifies the culprits:

Aside from NED, USAID has been the most active promoter of regime change against socialist-oriented governments in Latin America. In Nicaragua, USAID’s budget topped $5.2 million in 2018, with most of the funding directed towards training civil society and media organizations.

This is the same USAID that used funds from the Alliance for Progress, a U.S. “economic aid,” “political” and “social” program, a kind of Marshall Plan and the first big attempt to halt the prospect of revolution in Latin American and isolate Cuba, and finance repression. Instead of engineers, technicians, and skilled workers, USAID trained unscrupulous police, soldiers, paramilitaries, torturers, and killers; instead of factories, farms, and schools, detention and torture centers were built. 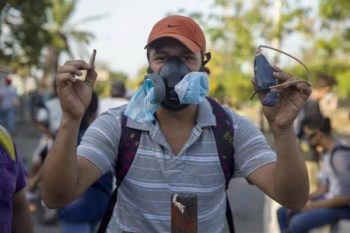 Young people in Nicaragua have been victims of media and political manipulation. Photo: www.elpreg.com

Let’s not forget that this is also the same USAID that financed the training of death squads, promoted “health” programs that concealed inhumane sterilization processes in Central America, and collaborated with CIA narco agents in the Iran-Contra operation.

USAID has created an extensive network on our continent, which attracts cadres, manufactures leaders, and penetrates civil society. A true interventionist army of “experts,” “advisors” and “consultants,” working to develop its subversive plans. In its first ten years alone, the NED distributed more than 200 million dollars in 1,500 projects to support so-called “friends of America.”

Serbia, Georgia, Kyrgyzstan, Belarus, Ukraine, Iran, and Venezuela; wherever there is a government that goes against the interests of the United States, these generously financed experts in destabilization and chaos swiftly act.

Mercenaries, delinquents, hirelings of the “Soft Coup,” of the “Color Revolutions,” or other “revolutions” with eye-catching and peaceful names, designed in Langley’s laboratories, such as the Rose Revolution, Tulip Revolution, Orange Revolution, or known by names closer to reality such as the Bulldozer Revolution in Serbia; where the purchase of uncritical consciences and deception, seduction through the use of attractive concepts for young people, and a lot of money, all the money that is necessary, are the soldiers and weapons of this new war. And of course, Nicaragua is now the target.