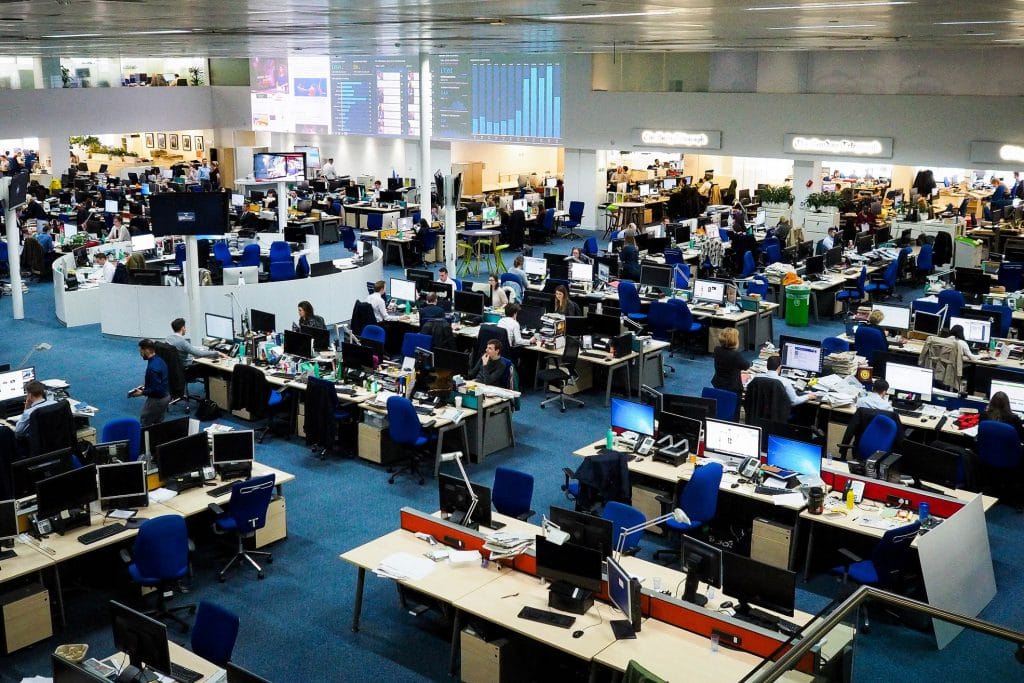 In his defining critique of capitalism, Karl Marx highlights the plight of the what he termed the “industrial reserve army.”

It is not a military branch Marx is talking about, but rather a section of the working class that is able-bodied and unemployed, put out of work against their own will as harsh market forces determine their destiny. Their existence is not an accident or the result of a minor imperfection in an otherwise just economic system. This army of the unemployed is in fact a necessity for capital, especially as a buffer during rough economic periods.

“The movement of modern industry depends,” Marx explains in Capital, “upon the constant transformation of a part of the laboring population into unemployed or half-employed hands.”

In Marx’s lens, inequality and exploitation are crucial for capitalism to work. Capitalists, by their nature, need to profit in the marketplace in order to survive and thrive—a return on every dollar they invest. They also need to employ workers to make profit from the products the workers produce. In capitalist society, value is determined superficially by money: from products and homes to the size of a person’s 401k account or net worth. Workers living within capitalist society have no choice but to work to survive because their labor is the only commodity they possess. The ruling class, on the other hand, has privileged access to capital and engages in the process of production to enlarge their capital.

During production, workers generate a surplus in value on top of the wages capitalists pay them.

Surplus value or, for the sake of simplicity, profit, is the key determinant of success for the owner of capital—whether that be the board and managers of a multinational or a petty capitalist producer. Owners of newspapers, for example, must collect a disproportionate amount of the value generated by their reporters and associated workers to succeed among their peers in the system. This is how capitalists enlarge their capital—that return, in other words, on their investment.

If, however, the surplus value realized through the process of production were distributed equally between workers and capitalists, the system would break down because capitalists would no longer have an incentive to invest. This is as true for newspapers as it is for steel production.

This fact is on full display during each and every economic crisis, when workers are always first in line for pink slips. The upper crust of the workplace—CEOs, CFOs and their peers—rarely ever suffer the consequences during a crunch. Successful capitalists are always looking for new ways to maximize profit, which is especially important during an economic downturn when, as a result of the swelling of the reserve army, workers are the most vulnerable.

This is precisely the point Marx was highlighting when he said the mass of unemployed “weighs down the active army of workers.” Contemporary Marxist thinker David Harvey interprets this passage of Capital to suggest “that whenever capital accumulation runs into problems of labor supply, it throws people out of work by resorting to technological or organizational innovations.” In any given industry, the existence of a ready supply of able-bodied unemployed workers—the reserve army—serves as a threat to employed workers, dampening resistance and weakening bargaining power. This is especially true during a downturn, when the prospect of being dumped into the reserve army is especially significant given the general lack of employment opportunities. In this way the reserve army serves a strong disciplinary function and plays a significant role in battles over the rate of exploitation—for example, by increasing labor intensity (e.g. ramping up the pace of work). (See Jonna, R. Jamil, and John Bellamy Foster. 2016. “Marx’s Theory of Working-Class Precariousness: Its Relevance Today,” Monthly Review 67 (11): 1.)

In other words, the existence of the reserve army is a necessary condition for the smooth functioning of the system. By expanding or contracting according to the requirements of capital, the reserve army provides a simple mechanism both to maintain and maximize profits. In essence, capitalists in this scenario profit from the misery of both those who are unemployed and those who are lucky enough to be working full-time but seeing their work hours increase, their benefits diced, their wages cut.

Reporters and the reserve army

This very much describes the state of modern journalism in 2018. Reporting in the U.S. has been in an economic (and, yes, existential) crisis ever since I entered the field in 2007. I could dry out the virtual ink here by citing endless figures to prove my point. I’ll look no further than my hometown’s major daily newspaper, the St. Paul Pioneer Press. Owned by the notorious New York hedge fund Alden Global Capital—capitalists who made $160 million in 2017 under a healthy 17 percent profit margin—the Pioneer Press has seen its newsroom cut from a high of 260 journalists down to around 50 today. The newspaper lost more than half of its employees since 2012 alone. But to keep up their healthy margin in the not-exactly-lucrative news business, Alden has been, in the words of Pioneer Press reporter and Minnesota Newspaper and Communications Guild officer Dave Orrick, “cutting us to infinity.”

In the meantime, laid-off reporters join the ever-growing reserve army of unemployed journalists. To stay in the media business, many are forced to become freelancers. In today’s market, it’s virtually impossible to freelance as a reporter full time and make enough money to live, though some pull it off. A 2017 survey of nearly 700 freelance journalists illustrates this point, with nearly two-thirds of them making under $10,000 a year and found that “the average writer also has no other job.”

It goes without saying that this type of pay is unsustainable. Many freelancers get by through the supplemental income of their spouse, the steadier income of another part-time job or by dipping into their savings account, should they be lucky enough to have one. In one case, a freelancer I knew relied mostly on his unemployment checks as he wrote important investigations for local outlets. Because the reserve army of unemployed and freelance journalists is so big—newspapers alone lost more than half their employees in a 15-year period from 2001 to 2016, according to U.S. Bureau of Labor Statistics, down from 412,000 to 174,000 employees—publications can get away with exchanging chump change for their assignments to freelancers. By Marx’s logic, this makes sense: the bigger the reserve army, the more the employers can maximize their profits and get away with such low pay to their freelancers.

But let’s not forget Marx’s lesson about how the reserve army “weighs down the active army of workers.” Any journalist employed by a newspaper can be replaced by someone in the vast mass of unemployed and freelance reporters. This gives the boss more leverage to demand more story assignments and more “off the clock” work from their ever-dwindling team of reporters. An employed journalist’s expectation of standard rewards like wage increases wither away under such conditions. I can speak to this from experience, recalling particularly an editorial meeting at a newspaper I interned for several years ago where the editor told his reporters to start thinking about how they could contribute stories to the outlet during their weekends off. This came shortly after they fired their only copy editor.

This phenomenon of “doing more for the same pay” has been a mainstay in my decade-plus experience in the journalism business. At multiple publications I’ve worked for, this meant forcing reporters to write as many blog posts as they could conjure up, no matter how half-baked the content. This type of work often felt like throwing random things against the wall in the hope that one article will go viral.

For those who think writing endless blog posts and news stories is the best way for reporters to grow in their trade and serve the public with vital information, I’ll let Seymour Hersh—perhaps the top U.S. investigative journalist of his generation—throw cold water on that notion. Newspapers today, Hersh writes in his 2018 autobiography, Reporter, “far too often rush into print with stories that are essentially little more than tips, or hints of something toxic or critical.  For lack of time, money, or skilled staff,” Hersh continues,

we are besieged with ‘he said, she said’ stories in which the reporter is little more than a parrot. I always thought it was a newspaper’s mission to search out the truth and not merely to report on the dispute. Was there a war crime? The newspapers now rely on a negotiated United Nations report that comes, at best, months later to tell us. And have the media made any significant effort to explain why a UN report is not considered to be the last word by many throughout the world? Is there much critical reporting at all about the UN?

Needless to say, this has profoundly disturbing implications for what most of us reporters view as the highest purpose of our trade: holding power accountable. Perhaps a first step in addressing the problem is by accepting that our own idealized notions of journalism are incompatible with the exigencies of neoliberal capitalism, where profit margins nakedly outweigh all other social needs.

Hersh appears to understand this when he writes how “very painful” it is for him “to think I might not have accomplished what I did if I were at work in the chaotic and unstructured journalism world of today.”

Joey Peters is a freelance reporter based in Minneapolis. His work has appeared in the New York Times, Public Radio International, the Columbia Journalism Review and elsewhere.