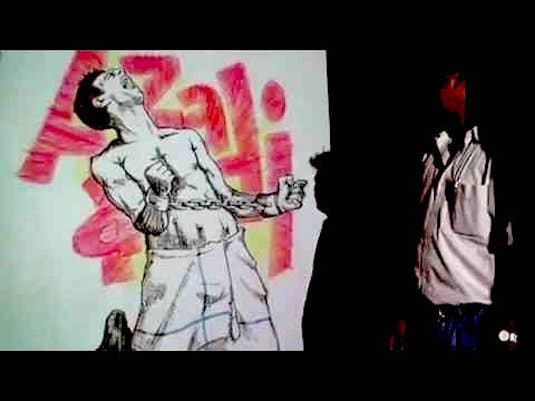 “These days shall also pass, like a thousand days have before them”

On August 28, at 6 am, there were simultaneous police crackdowns on various prominent human rights and civil liberties activists across India. This pre-dawn “knock of undeclared emergency” at the doors of activists has been condemned by various people’s movements and organizations as “unprecedented and unheard of in a democracy.” The raids were conducted at the houses of Sudha Bhardwaj, Arun Ferreira, Vernon Gonsalvez, Gautam Navlakha and Varavara Rao, Anand Teltumbde,  Father Stan Swamy, Susan Abraham, Varavara Rao’s daughter Anala and her husband KV Kurmanath.

Gautam Navlakha, Sudha Bhardwaj, Arun Ferreira, Vernon Gonsalvez, and Varavara Rao are under house detention after their arrest was temporarily stayed by the Supreme Court of India. “Dissent is a safety valve of democracy. If you don’t allow dissent, the pressure valve of democracy will burst,” observed one of the Supreme Court judges while issuing the above judgment.

All the activists were involved in various people’s movements and struggles against state repression and corporate exploitation.

The pan-India action, initiated by the State of Maharashtra, was based on the allegation that the activists had links with the armed communist movement, known as the Maoists. Since the extreme right-wing government of the Bharatiya Janata Party (BJP) came to power in 2014, there has been an increasing crackdown on political and student activists who are often branded as Maoists’ and anti-nationals. As India approaches the national elections, scheduled to be held early next year, hysteria is being whipped up on supposed ‘anti-government plots’ and ‘Maoist conspiracies’, contributing to the accelerated crackdown on dissenting voices. Most of the activists are charged under the stringent anti-terror law, the Unlawful Activities Prevention Act (UAPA), which provides police authorities extraordinary powers, including allowing the accused to be held for 180 days without a chargesheet being filed.

Peoples Dispatch is reproducing a statement written by journalist and civil liberties activist Gautam Navlakha after the police crackdown:

This entire case is a political ploy against political dissent by this vindictive and cowardly government [BJP government], which is bent upon shielding the real culprits of Bhima Koregaon and thus divert attention from its own scams and failures. Which stretch from Kashmir to Kerala. A political trial must be fought politically and I welcome this opportunity. I have to do nothing. It is for the Maharashtra police working at the behest of their political masters, to prove their case against me, and my comrades who too have been arrested. We, in PUDR [Peoples Union for Democratic Rights], have collectively and fearlessly fought- for more than forty years- for the cause of democratic rights and I, as part of PUDR, have covered many such trials. Now I myself will be  a witness to a political trial with a ringside view.

[If you are alive, believe in the victory of life,

If there is a heaven somewhere, bring it down to the earth.]

These days shall also pass, like a thousand days have before them.]

The police crackdown appears to be the result of the activists’ involvement in the Elgaar Parishad conference on December 31, 2017, to commemorate 200 years of the battle of Bhima-Koregaon in 1818. The battle is considered to be a victory of the oppressed over the oppressors, in which the Brahminical (upper caste) rule  of the Peshwas was challenged by Mahars, who were serving in the British Indian army.

Post the conference, on January 1, 2018, Maharashtra witnessed massive violence instigated by right-wing elements after Sambhaji Bhide and Milind Ekbote, both prominent Hindutva (Hindu right wing) leaders, made inflammatory speeches. Both Bhide and Ekbote, who are close to the ruling establishment, continue to roam free.

Prominent writer and activist Anand Teltumbde, whose house was also raided, in a statement, said that “the entire process is conducted as though I was a dreaded terrorist or a criminal. But the intention is to create an atmosphere of terror and project that I have already done some dreaded crime.

“They are misusing the draconian laws like UAPA to terrorise people into silence by targeting select intellectuals and activists,” Teltumbde noted.