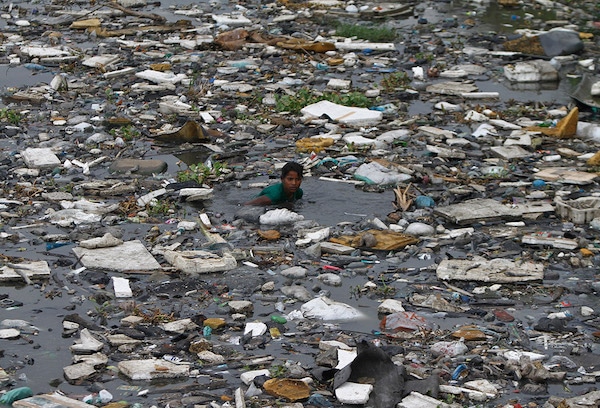 Capitalism and global sustainability are incongruous with one another, according to a recent paper for the UN’s 2019 Global Sustainable Development Report.

The team of researchers from various academic institutions throughout Finland who wrote the report gave a sobering assessment of the planet’s future if the current economic order continues unabated. Namely, that all rich Western countries have based their societies on an abundance of cheap energy, which the scientists say is no longer a reality.

“Economies have used up the capacity of planetary ecosystems to handle the waste generated by energy and material use,” the paper reads. “[D]ominant economic theories as well as policy-related economic modeling rely on the presupposition of continued energetic and material growth. The theories and models anticipate only incremental changes in the existing economic order. Hence, they are inadequate for explaining the current turmoil.”

Scientists argued that worsening climate change is having a drastic impact on ecosystems and biodiversity, and that symptoms of unchecked capitalism like rising inequality, unemployment, and debt are also contributing to the destabilization of society. In order to guarantee that humanity is able to have a good quality of life on earth for future generations, the paper’s authors argued that new economic systems will have to be created, rather than the standard band-aid approach governments have taken in the recent past.

“Central banks in the US and the Eurozone have resorted to unconventional measures such as negative interest rates and buying up significant amounts of public debt,” researchers wrote. “This has relieved some economic pressure, but … It can be safely said that no widely applicable economic models have been developed specifically for the upcoming era.”

While the paper didn’t endorse any specific economic system to be used in lieu of capitalism, scientists said it would necessary to “transform the ways in which energy, transport, food, and housing are produced and consumed” with the goal of attaining “production and consumption that provides decent opportunities for a good life while dramatically reducing the burden on natural ecosystems.”

Early in the paper, researchers said it would be necessary to implement a global Marshall plan, as Harvard University atmospheric chemistry professor James Anderson proposed earlier this year. Ideally, such a plan would mean cooperation between countries around the globe to collectively restructure society with the end goal of eliminating carbon dioxide emissions entirely. Researchers gave a deadline for the United States and Europe to reduce carbon emissions to zero by 2040, and for the rest of the world to be at zero emissions by 2050.

In order to meet this goal, however, scientists cast doubt on the ability of renewable energy sources to be able to sustain humanity’s current energy consumption rate.

The only viable solution to attain a goal of zero emissions is, according to the paper, for humanity to use substantially less energy. Scientists are calling on state governments with forward-thinking leaders to test radical solutions at the macro level, like a job guarantee — similar to what Senator Bernie Sanders (I-Vermont) has proposed in the past.

“The most suitable jobs for the program would be those that almost anyone can do with limited training. The jobs could be modeled to serve the transition to sustainability and to build capacities to adapt to climate change: for example, installing decentralized energy solutions and preparing for floods,” scientists wrote. “In addition to triggering the transition, the job guarantee would ensure full employment. It would lessen insecurity and the need to compete for environmentally destructive jobs on the individual and the collective level.”

Researchers’ ideas for how to phase out capitalism will likely be included in the UN’s Global Sustainable Development Report, which will come out in 2019. Read the full paper here.