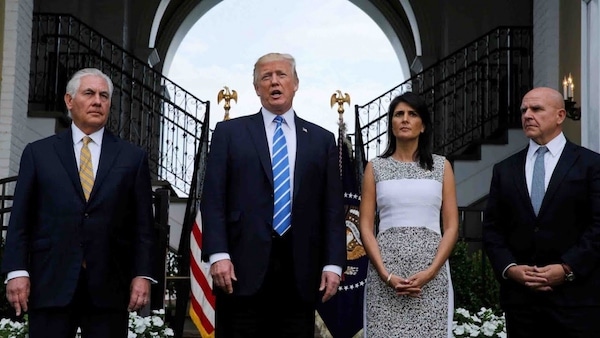 There is a growing body of pro-establishment statements opposing the possibility of U.S. military intervention in Venezuela. The latest expression of this position is a New York Times editorial titled “Stay Out of Venezuela, Mr. Trump” published on September 11. At first glance the editorial is a welcomed statement that counters the careless war-mongering declarations coming from the ilk of Marco Rubio and a number of high-ranking Trump administration officials as well as Trump himself.

Certainly, one must applaud the NY Times’ decision to come out in opposition to military intervention, and its recognition that similar intervention and support for regime change in Latin America historically (the editorial even makes reference to the Brazilian coup of 1964) as well as elsewhere in the world has had disastrous consequences.

The line of reasoning of the New York Times’s editorial overlaps that of other articles that have come out recently in the establishment media such as one titled “U.S. Military Intervention in Venezuela would be a Major Mistake” by Robert Moore published the following day in “The Hill” as well as the position of the Washington Office on Latin America (WOLA). The anti-war stand crosses party lines as Moore has served Republican senators including Tea Party Republican Jim DeMint.

One hint regarding the limitations of this new position is the subtitle of the NY Times’ editorial: “President Maduro has to Go, but an American Backed Coup is not the Answer.” The way the article frames the issue is what makes it worrisome. The New York Times does not question the right of the U.S. as a nation (as opposed to the UN) to promote regime change. All it says is that a more intelligent approach to getting rid of Maduro is what is called for. As an alternative to military intervention, Trump’s pro-establishment critics call for increased sanctions.

WOLA, for instance, criticizes the Trump administration for increasing the number of Chavistas who are being sanctioned, rather than concentrating on a smaller number of leading Chavistas and increasing the penalties against them. In fact, the issue of sanctions against individuals serves as a cover for the financial embargo which has inflicted considerable harm on Venezuela, as even Reuters recognizes.

A valid question is why the New York Times has waited until now to adamantly oppose military intervention. After all, the then Secretary of State Rex Tillerson raised the possibility of a military solution as far back as February of this year when he kicked off his six-day Latin American tour in Austin where he stated “In the history of Venezuela and South American countries, it is often times that the military is the agent of change when things are so bad and the leadership can no longer serve the people.” The statement was a trial balloon. Trump pushed the idea in subsequent months but the response from right-wing and conservative governments was negative. Countries which form part of the Lima Group rejected the military option and distanced themselves from Washington by supporting Mexico in its differences with the U.S. on tariffs and NAFTA.

Given these circumstances, coupled with Trump’s lack of political capital, a military invasion is unlikely. Talk of it may be designed to encourage dissension and unrest within the Venezuelan military. The strategy is that by threatening military action, members of the Venezuelan armed forces may put up resistance to Maduro out of the prospect of having to risk their lives in a confrontation against the world’s greatest military superpower.

In any case, if the central argument of the New York Times and other members of the “liberal” establishment is that Trump should focus on economic sanctions rather than a military solution, then they are undoubtedly doing more harm than good.

Steve Ellner has taught economic history and political science at the Universidad de Oriente in Puerto La Cruz, Venezuela since 1977.  He is the author of numerous books and journal articles on Venezuelan history and politics.  He is currently coordinating an issue of Latin American Perspectives titled "Progressive Governments and Class Strategies in Latin America: Populist and Pragmatic Policies in a Broader Context."  Follow Ellner on Twitter @sellner74.
View all posts by Steve Ellner →

U.S. public school teachers: declining pay, growing militancy
There is no refugee crisis. There is only a crisis of humanity