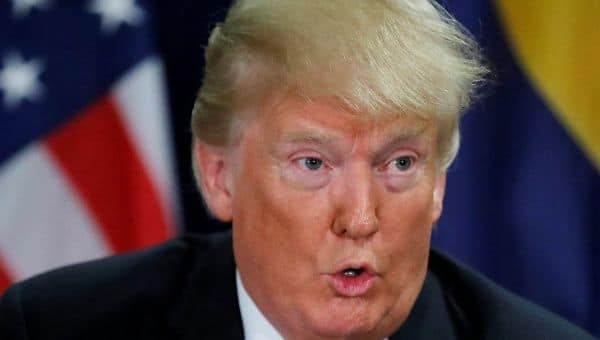 U.S. President Trump speaks at a bilateral meeting during the 73rd session of the United Nations General Assembly at U.N. headquarters in New York. | Photo- Reuters

U.S. President Donald Trump, said Tuesday a military coup against the government of Nicolas Maduro in Venezuela could succeed “quickly” if the Venezuelan Armed Forces (EFE) decided to organize it, and confirmed that he is keeping the military option on the table in the face of the crisis in that country.

“It’s a regime (Maduro’s) that frankly, could be defeated very quickly if the military decides to do that,” Trump told reporters according to EFE during his first meeting with Colombian President Ivan Duque on the sidelines of the United Nations General Assembly debate.

The United States imposed new sanctions on Venezuelan President Nicolas Maduro’s wife and several of his top allies on Tuesday as U.S. President Donald Trump urged members of the United Nations to support a “restoration of democracy” during his speech at the United Nations.

The measure sanctioned six officials in Maduro’s “inner circle,” including Vice President Delcy Rodriguez and Defense Minister Vladimir Padrino, and “blocked” a U.S. $20 million private jet identified as belonging to the front-man of a top official.

The move is capitalizing on the already-brutal economic war Washington has been waging against the socialist country with the help of its right-wing allies in the region in an effort to oust the government of President Nicolas Maduro.