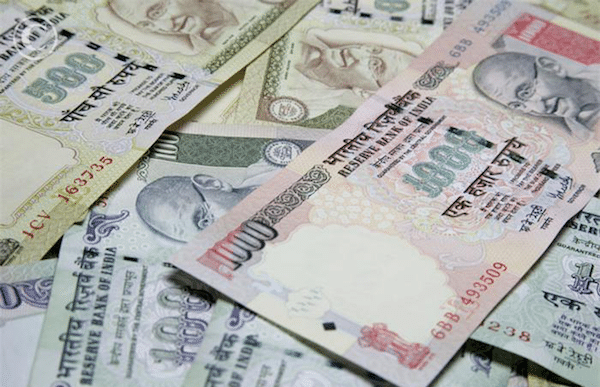 THE Indian economy is in a tailspin. This cannot be attributed only to innocence in economic matters of the command-centre of the NDA government. While that is indubitably a contributing factor, the current travails of the economy point to something deeper, namely the dead-end to which neo-liberalism has brought the economy. Without moving away from the neo-liberal trajectory, the economy cannot come out of its current difficulties.

India’s success in raising the GDP growth rate, the main selling point for the neo-liberal regime, was, unlike China’s, built upon the quicksand of a persistent trade and current account deficit on the external front. This was covered all this time by financial inflows, which were large enough even to add to the foreign exchange reserves. A major factor contributing to such inflows in recent years was the much lower interest rates in metropolitan economies, especially in the U.S. where they were virtually pushed down to zero to revive the economy after 2008, compared to India.

But now the U.S. itself has started raising the interest rates; and uncertainty over the future of neo-liberalism in the wake of Trump’s protectionist measures is making globalised finance flow massively to the U.S. as its safe “home base”. The dollar, for both these reasons, is rising relative to other currencies, especially relative to the rupee. This state of affairs is not going to be reversed in the foreseeable future, which is why the rupee continues to slide vis-à-vis the dollar, even after Arun Jaitley announced a slew of measures on the 14th to attract finance into the economy to stem the rupee’s slide.

The sliding rupee is raising import costs, especially of crude oil; and the latter get passed on in the form of higher petro-product prices.This fact together with the rise of crude prices in the world market, following an agreement within the OPEC itself, has now raised petrol and diesel prices in India to dizzying heights; and the rise continues daily. Here again there is no question of any respite within the neo-liberal regime from the relentless impact of this exchange-rate-depreciation-cum-inflation syndrome. The only thing Arun Jaitley can think of doing is to attract sufficient financial inflow to stabilise the rupee, but that as suggested above is now more difficult; and even if there is some temporary reprieve through such inflows, it cannot but be temporary.

Manmohan Singh and Chidambaram attack the NDA for its economic incompetence, which is undeniable, but they have hardly any better ideas. At the most they may jack up interest rates a bit more, but that, while its effects on financial inflows would be dubious for reasons already mentioned, would amount at best to merely papering over the cracks (since the basic problem of the current account deficit would still remain unaddressed); besides it will worsen unemployment, and damage further the economy of the small producers.

One way of providing relief to the people against the skyrocketing petrol and diesel prices, whose effects are felt even by the poorest persons because they increase the transport costs of all goods, is to lower the taxes on these goods which make up the bulk of their prices. Some state governments, of whom Kerala was an early example and Karnataka the latest, have indeed reduced their taxes on petro-products to provide relief to the people. But there are limits to the extent to which such relief would be forthcoming, for two obvious reasons, both related to the neo-liberal regime.

One is our overwhelming reliance on indirect taxation, and the eschewing of direct taxation, because of the compulsion to retain so-called “investors’ confidence”, so that finance flows in adequate quantities to keep the balance of payments on an even keel. The second is the disastrous move towards a Goods and Services Tax, again in conformity with the demands of a neo-liberal economy, which has affected government tax revenues adversely.

In the face of this already adverse effect, the need to maintain government revenues becomes even more pressing, and puts a limit to the degree to which taxes on petro-products can be lowered (unless greater direct taxation is resorted to). Indeed the only reason that some states have been able to reduce taxes, for lowering petrol and diesel prices, is because these goods fall outside the GST ambit; but naturally they cannot keep doing so beyond a point without raising revenue in other ways. (And such ways are no longer available to state governments even to the limited extent they were earlier).

The way out of the current economic predicament however is obvious, though invisible to eyes blinkered by neo-liberalism. Since the inflow of finance will no longer cover the current account deficit, the slide in the rupee would require controlling this deficit; and this can be effected only by directly controlling inessential imports. Even in 2013 when the rupee was sliding, the government had controlled gold imports as a means of stemming this slide.Wealth-holders then were moving from rupees to gold. This had boosted gold imports, and direct controls over such imports played a significant role in reducing the trade deficit and halting the rupee’s slide. The ambit of import controls now will of course have to be wider, but there is no escape from such controls. The rupee will have to be stabilised immediately with a combination of import controls and use of foreign exchange reserves.

But this may not be enough to stabilise petro-product prices in view of world market trends. These prices will have to be not just stabilised, but actually lowered to prevent down-the-line cost-push inflationary effects on commodities in general. This can be done by significantly lowering taxes upon them, and making up for the revenue shortfall caused by such lowering through larger direct taxation, in particular wealth taxation.

Wealth taxation in any case is the best way to finance public expenditure as it has no adverse effects upon any investment “incentives”: since all forms of wealth are taxed without discrimination, there is no special disincentive for holding wealth in the form of productive assets. In addition it has the effect of keeping wealth inequality in society in check, which, as is commonly accepted now, is an essential prerequisite for democracy.

It is shocking that in India, where wealth inequalities have been rising so sharply of late, there is hardly any wealth taxation. Using direct taxation on wealth as a substitute for indirect taxation on petro-products will thus kill several birds with one stone: it will prevent the inflationary squeeze on the people that rising petro-product price are imposing, and at the same time bring greater wealth equality in society which is desirable per se.

Many of these measures are advocated and even implemented on environmental grounds. The “odd-even” scheme for instance that was implemented in Delhi, was also a means of petro-product rationing. In many countries, to avoid congestion in peak hours, a minimum number of occupants per car is insisted upon; this also acts as a measure of directly controlling petro-product consumption. In other words, measures of petro-product rationing would also kill several birds with one stone: they would reduce road congestion; they would reduce environmental pollution; and they would also reduce the consumption of petro-products with beneficial effects for our balance of payments.

A combination of direct import controls on inessential items, reduction of petro-product prices, measures for reducing the consumption of such products, and direct taxation, especially on wealth, is the obvious way of getting out of the tailspin in which the Indian economy is currently caught. But this combination of measures which is desirable, not just for getting out of the current travails, but on other, more long-term considerations as well, runs contrary to the direction of neo-liberalism. There is however no alternative to them if we are to avoid the fate of countries that eventually run to the IMF and get caught in the vice-like grip of “austerity”.