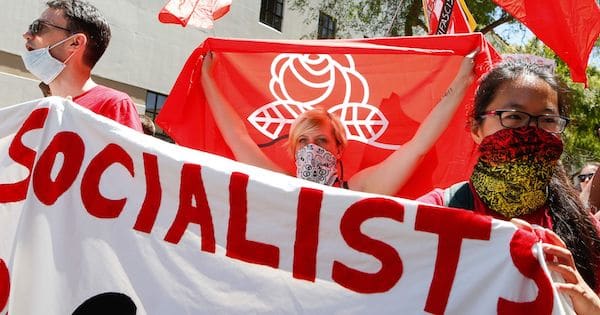 History was made at the U.S. midterm elections when women, African-Americans, Native Americans, Muslims and LGBT minority candidates from both the Democratic and the Republican parties became elected to Congress.

Michigan Democratic-Socialist, Rashida Tlaib—daughter to Palestinian immigrants, made history by becoming the first female Muslim to serve in Congress. Some of the main issues in her campaign included support for a US$15 minimum wage, abolishing the Immigrant and Customs Enforcement (ICE) agency, and universal medicare.

“The first thing I think about when somebody says you’re going to be the first Muslim is celebrate this moment(…)We changed the course of history at a time we thought it was impossible. And that if you just believe, believe in the possibility of someone like me,” stated the congresswoman.

The main issues in her agenda include free college tuition, universal Medicare, and a US$15 minimum wage.

Omar arrived in the United States with her parents as a child refugee from Somalia, escaping the civil war in her home country. She has been the subject of a smear campaign from conservative media which claims Omar’s brother has ties to so-called terrorist groups.

Democrat Ayanna Pressley, became the first black woman elected to the House of Representatives from Massachusetts, after defeating 10-term incumbent Democratic Michael Capuano in the September primaries. However, she did not face any opponent from the Republican Party in the race for Massachusetts’s Seventh Congressional District.

According to the Democracy for America committee, ‘‘With her victory tonight, Ayanna Pressley has not only made history as the first black woman ever elected to represent Massachusetts in the U.S. House of Representatives, she’s ensured that Democrats have the voice of a young, black progressive woman helping lead the fight for inclusive populist reforms.’’

Latino Democratic candidate, Alexandra Ocasio-Cortez, age 29, was elected to Congress in New York with over 75 percent of the vote.

“Tonight we proved that we are an inclusive state that values everyone’s contribution, regardless of someone’s sexual orientation,” stated Polis, claiming victory.

Polis ran on a platform focused on issues such as support for single-payer healthcare, abolishment of the death penalty, universal full-day preschool, stronger gun laws, and marijuana legalization.

The Democrat from Kansas, Sharice Davids, became the first Native American—member of the Ho-Chunk Nation, woman to become a congresswoman as well as the first lesbian from her state, by winning the state’s 3rd Congressional District race, unseatting Republican Kevin Yoder.

Davis is an attorney and a former Mixed Martial Arts (MMA) fighter and former fellow during Barack Obama’s presidential administration.

Haaland ran on a platform including universal Medicare, a US$15 minimum wage, and impeaching president Donald Trump.

Blackburn’s campaign strategy consisted in closely aligning herself to President Trump’s agenda, in a clear effort to reaching to the state’s Republican constituency. Her race received national attention after the pop-artist Taylor Swift endorsed Bredsen.

Maine also saw its first female governor with Democrat Janet Mills, previously the state’s attorney general. Mills will replace Republican Governor Paul LePage, with whom she clashed over issues such as racist comments made by him as well as his threats against a lawmaker from the state.

In Iowa, 29 year-old moderate Democrat Abby Finkenaur beat Republican Rod Blum, to become the state’s first female congresswoman and one of the youngest Democrats in the House.

The race against Blum was very heated, as both candidates fought over health care, trade policy and the President’s tax law.

The Midterm Elections and The Rise of the Socialists.

The midterm elections are a chance to shift the balance of power, but the struggle must remain in the streets.Video from our all-new video page teleSUR Play with Adriano Contreras #midterms2018 #midtermelections